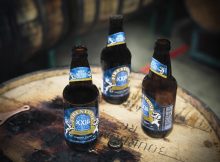 Beer reviews
What makes each Anniversary Ale from Firestone Walker Brewing so special is the process in which this beer comes to fruition. Each summer Firestone Walker summons some the
Read More 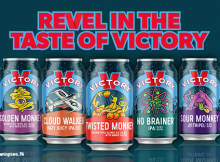 Beer releases
Twenty-three years in and Victory Brewing has refreshed its packaging and adds three new beers to its year-round lineup. The three new beers are Twisted Monkey, No Brainer
Read More