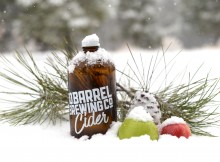 craft cider
The latest brewery to join in the craft cider craze is 10 Barrel Brewing Co. from its R&D Brewery within its Bend production brewery. This is a program that
Read More 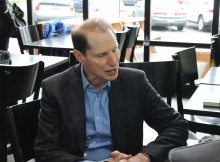 Beer Education
As the news hit that SABMiller has accepted the takeover bid from its rival Anheuser-Busch InBev, this resulted in a lot of chatter amongst the brewing industry. It
Read More

Beer humor
April 1, 2015 Portland, OR – Gigantic Brewing Company is looking into the possibility of purchasing a controlling interest of Anheuser-Busch InBev. “We never planned to actually grow
Read More

Beer events
Get ready to be all fussy and into your beer when The Upper Lip hosts Anheuser Busch-InBev Night on Wednesday, April 1. Yes on April Fools’ Day, The
Read More

Beer news
Back on April 6, 2014, Brewpublic was first to report the news that Mellow Mushroom would soon be closing its doors in Portland’s Pearl District and in its
Read More

Oregon beer
Here we follow up where we left off last in part one of this two part interview series with 10 Barrel Brewing Company co-founders ChrisCox, Jeremy Cox, and
Read More

Beers on film
10 Barrel Brewing Co., of Bend, Oregon, the company has made a huge decision to sell to Anheuser-Busch, a division of global giant brewing conglomerate, InBev.
Read More