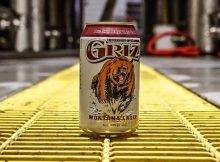 Beer Fundraiser
Nearly 25 years ago the idea of opening a microbrewery in Missoula, Montana began to take shape. It was back in late 1992 that three friends Bjorn Nabozney,
Read More

Oregon beer
Beer production requires a lot of water. In fact, 90% of beer is water. And this figure doesn’t even include the water required for cleaning, running a brewery
Read More