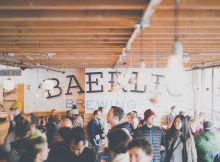 Beer events
Three years ago Baerlic Brewing began its venture into brewing. On Wednesday, June 28th the brewery will host its 3rd Anniversary Celebration at its taproom in Southeast Portland.
Read More

Oregon beer
Organizers announced that tickets go on sale today, March 12, for FredFest 2013 at the official website: http://www.fredfestpdx.com, and that the event is slated for Sunday, May 5
Read More

California Beer
It's not every year my birthday lands on a weekend, so when it does, I am even more excited. This year is my zodiac, year of the Dragon,
Read More