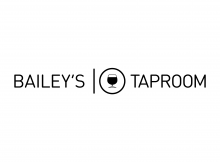 Beer events
What is now an institution here in Portland, Bailey’s Taproom has entered the New Year with anticipation of celebrating its 10 Year Anniversary this summer. But craft beer
Read More