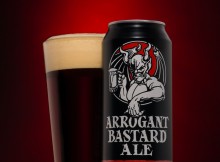 press releases
Press Release: [Astoria, OR] For every beer there is a time, for every season a Fort George collaboration. And this spring, Fort George Brewery and Suicide Squeeze Records
Read More