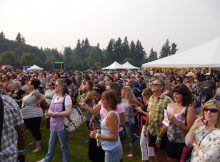 Beer events
The brewing heritage in Tumwater, Washington dates back over 100 years. Olympia Brewing, originally known as The Capital Brewing began its operations in 1896 and later took on
Read More

Uncategorized
Its hard to believe that Angel and Rosie have been safely driving craft beer fans around, visiting the best craft breweries of Portland and the Pacific Northwest, for
Read More