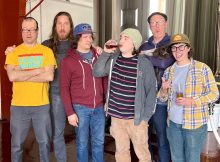 Beer personalities
This week’s First Taste Tuesday from Gigantic Brewing will be a bittersweet one. Cobra Fang IPA was brewed in collaboration with the late Ryan Buxton and his team
Read More 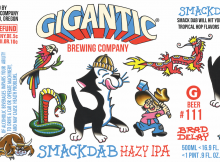 Beer releases
During the Oregon’s stay-home order that has been in place during the past few weeks, many local breweries have released new beers. Many of these beers only being
Read More