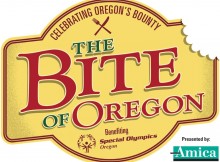 Beer & Music
Returning to Portland’s Tom McCall Waterfront Park from August 7-9 is The Bite of Oregon. Now in its 32nd year, this is the largest culinary event in the
Read More

Beer and food
Portland, OR — The Bite of Oregon will celebrate its 32nd anniversary August 7‐9, 2015 at the Tom McCall Waterfront Park. During the three‐day weekend event, Oregon’s top
Read More