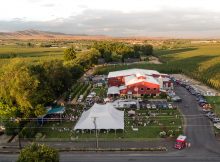 Beer Fundraiser
Breweries from across American will step up to raise money for Ales for ALS, a national fundraising and awareness campaign that were initiated in Yakima, Washington. Over the
Read More

Uncategorized
Full Sail Brewing has joined forces to be part of the group of 69 craft brewers that have joined the Ales for ALS™ campaign. This campaign supports the
Read More