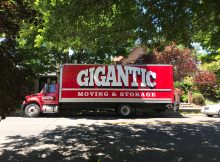 Beer humor
The craft beer industry has realized explosive growth over the past decade. However, like other industries, it will eventually correct itself. With competition and a changing market, not
Read More

Uncategorized
On Friday, Gigantic Brewing will be celebrating their 2nd Anniversary at their Tap Room & Champagne Lounge from 3:00 to 9:00pm. To assist in this celebration, Gigantic will
Read More

Events
As you might of heard, just shortly after releasing our first run of beers at Old Town Brewing Company, I burned my brewery down. Though the fire was
Read More