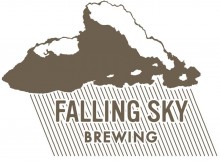 Beer news
After brewing for nearly nine years in Eugene, Oregon, there will be an ownership change at Falling Sky Brewing. Current owner, Rob Cohen, will sell the brewery that
Read More

Uncategorized
This Saturday, May 3rd, The Upper Lip will be host to Falling Sky Brewing as this Eugene brewery will be taking over the taps above Bailey’s Taproom. From
Read More

Oregon beer
Eugene's newest brewery Falling Sky Brewing, has been open since January and they are already growing leaps and bounds thanks to new tanks from Metalcraft Fabrication of Portland.
Read More