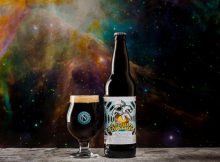 Beer releases
Now three years later after its launch, the Ninkasi Brewing space exploration program sees its return. The mission is to send the brewer’s yeast to space and return
Read More

Uncategorized
Always known for pushing the envelope with their brewing, Ninkasi Brewing will now launch an entirely new venture that will take them out of this world. Ninkasi
Read More