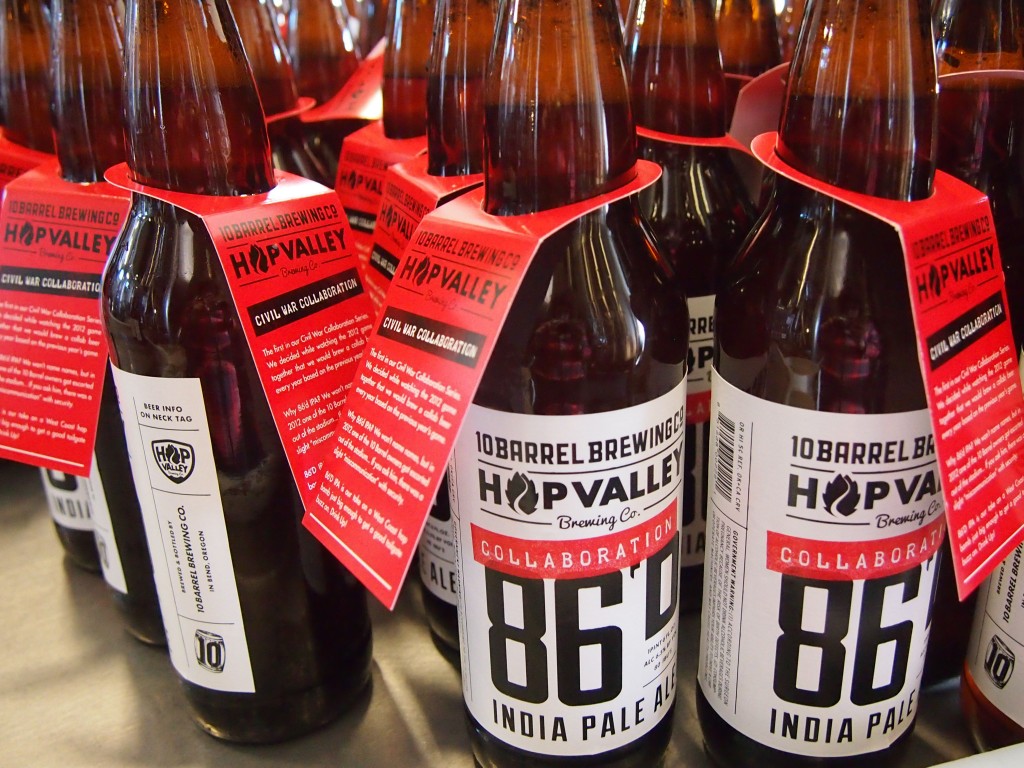 10 Barrel Brewing Co. and Hop Valley Brewing Co. will be releasing the first beer in their Civil War collaboration series, 86’D IPA at the Civil War game between the Oregon Ducks and the Oregon State Beavers at Autzen Stadium on November 29th.

The two breweries decided while watching the 2012 game together that they would brew a collaboration beer every year based on the previous year’s game.

Why 86’D IPA? The breweries aren’t naming names but in 2012, one of the 10 Barrel owners got escorted out of the game at Reser Stadium in Corvallis and asked not to return. If you ask him, he had a slight “miscommunication” with security. 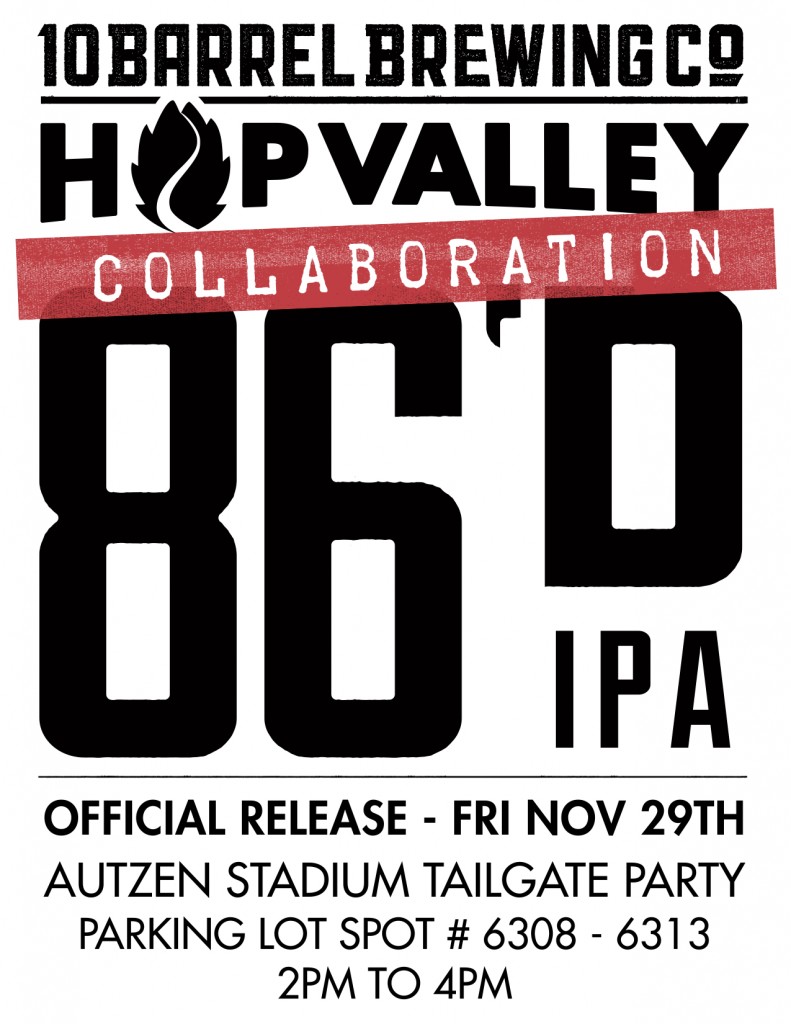 86’D IPA is a West Coast Style hop bomb just big enough to get a good buzz on. The official release party will take place at Autzen stadium in the tailgate parking lot (Spots 6308 to 6313) on Nov 29th from 2pm to 4pm. All welcome. 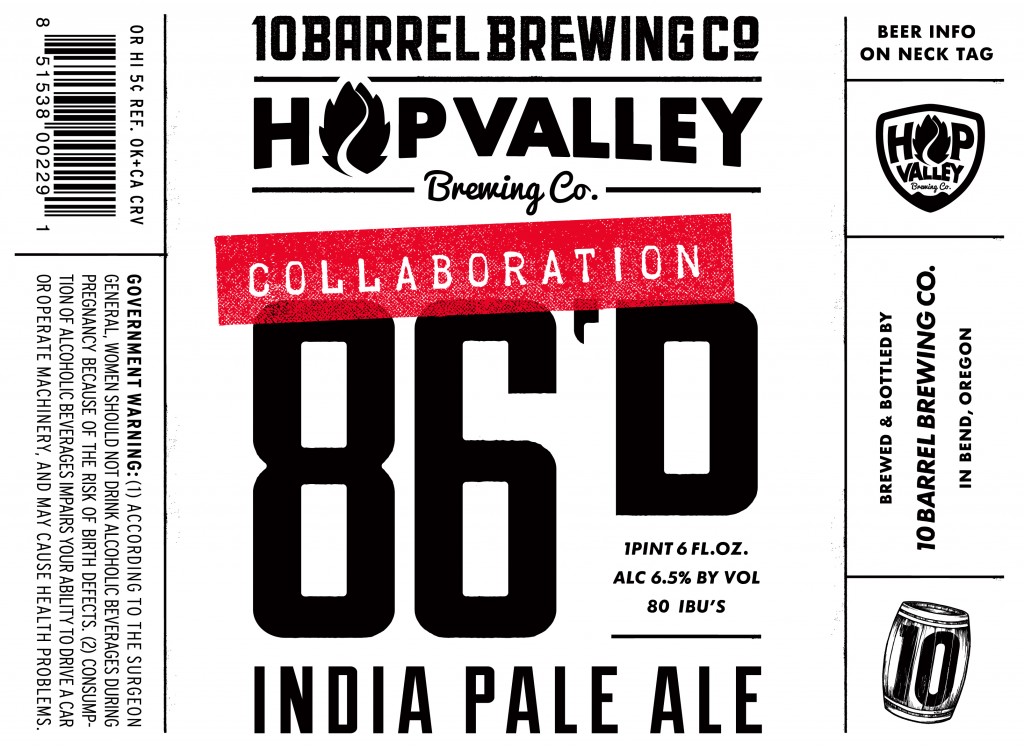 Available for a limited amount of time in 22oz bottles and 50L kegs beginning on November 29th. Distributed throughout Oregon. WA and ID limited release.