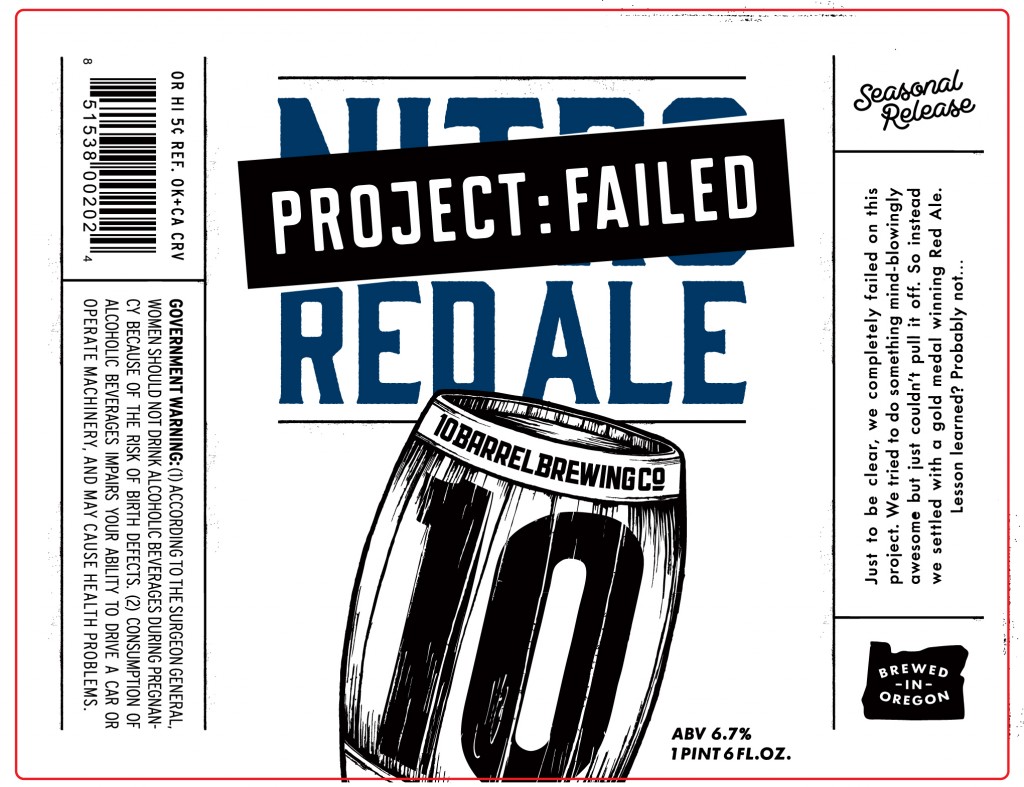 Bend’s 10 Barrel Brewing Co. has recently released their brand new 2014 Spring Seasonal strangely named “Project: Failed” Red Ale. The story goes that 10 Barrel attempted to bottle a Nitro Red Ale but this proved to be unsuccessful. So what to do when they have a beer committed to large distribution? Admit your failures, brew a different recipe for a hoppy red ale and then move on.

From the brewery… “Just to be clear, we completely failed on this project. We tried to do something mind-blowingly awesome but we just couldn’t pull it off. So instead, we were forced to settle with releasing a gold medal winning Red Ale. Lesson learned? Probably not.” Find out exactly what happened by viewing the video that 10 Barrel put together below.