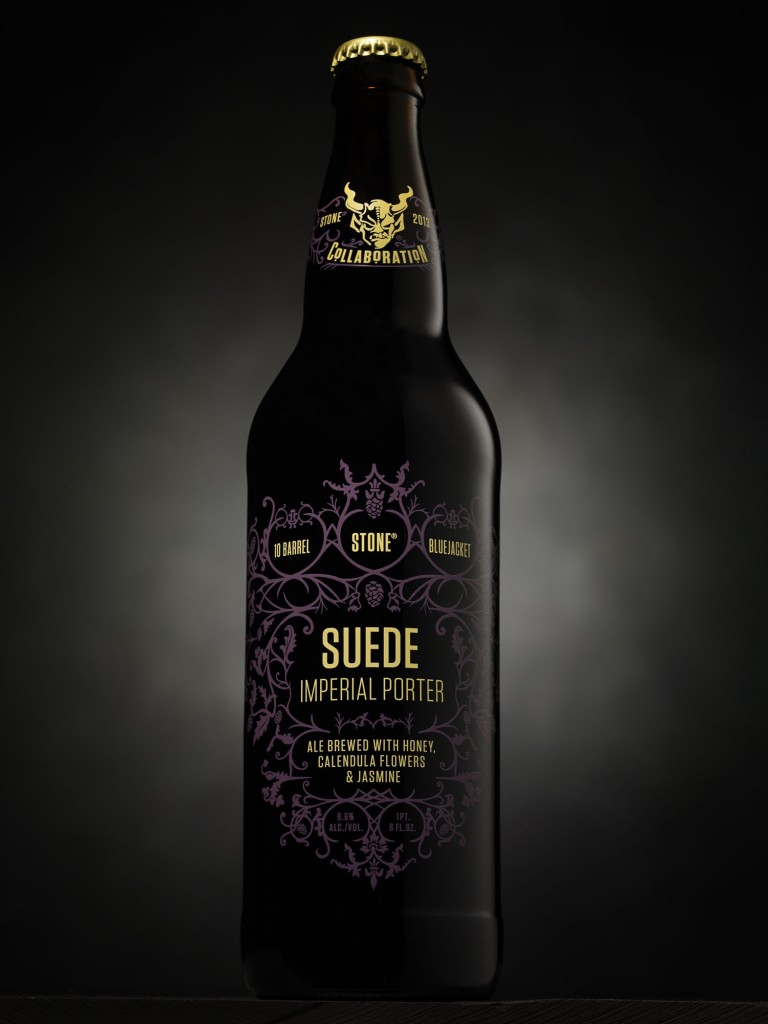 The official release date of Suede Imperial Porter is Monday, October 7th. This unique Porter will be available in limited supply in 22oz bottles and on draft in select bars and tap houses throughout the Pacific Northwest. 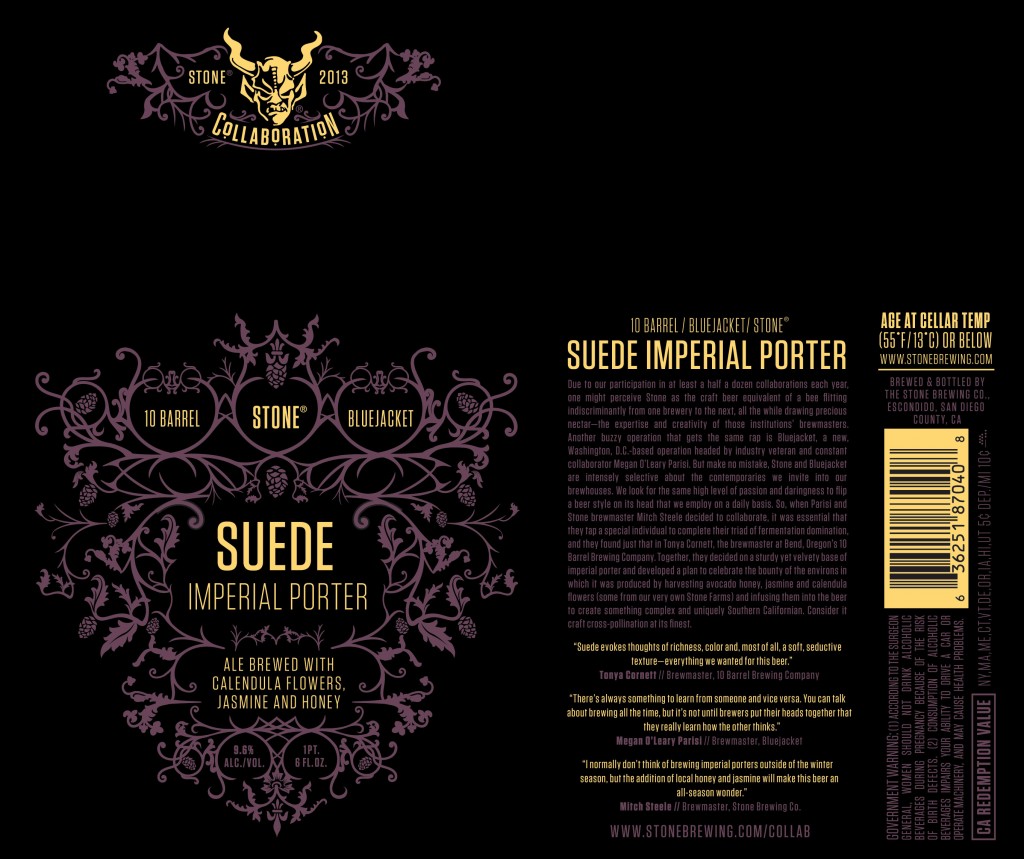 Here is a more detailed description from the classy looking label of Suede Imperial Porter:

Due to our participation in at least a half a dozen collaborations each year, one might perceive Stone as the craft beer equivalent of a bee flitting indiscriminantly from one brewery to the next, all the while drawing precious nectar- the expertise and creativity of those institutions’ brewmasters. Another buzzy operation that gets the same rap is Bluejacket, a new Washington D.C.-based operation headed by industry veteran and constant collaborator, Megan O’Leary Parisi. But make no mistake, Stone and Bluejacket are intensely selective about the contemporaries we invite into our brewhouses. We look for the same high level of passion and daringness to flip a beer style on its head that we employ on a daily basis. So, when Parisi and Stone brewmaster, Mitch Steele, decided to collaborate, it was essential that they tap a special individual to complete their triad of fermentation domination, and they found just that in Tonya Cornett, the brewmaster at Bend, Oregon’s 10 Barrel Brewing Company. Together, they decided on a sturdy yet velvety base of imperial porter and developed a plan to celebrate the bounty of the environs in which it was produced by harvesting avocado honey, jasmine and calendula flowers (some from our very own Stone Farms) and infusing them into the beer to create something complex and uniquely Southern Californian. Consider it craft cross-pollination at its finest.

“Suede evokes thoughts of richness, color, and, most of all, a soft, seductive texture-everything we wanted for this beer.”
Tonya Cornett – Brewmaster, 10 Barrel Brewing Company

“There’s always something to learn from someone and vice versa. You can talk about brewing all the time, but it’s not until brewers put their heads together that they really learn how the other thinks.”
Megan O’Leary Parisi – Brewmaster, Bluejacket

“I normally don’t think of brewing imperial porters outside of the winter season, but the addition of local honey and jasmine will make this beer an all-seaseon wonder.”
Mitch Steele – Brewmaster, Stone Brewing Co. 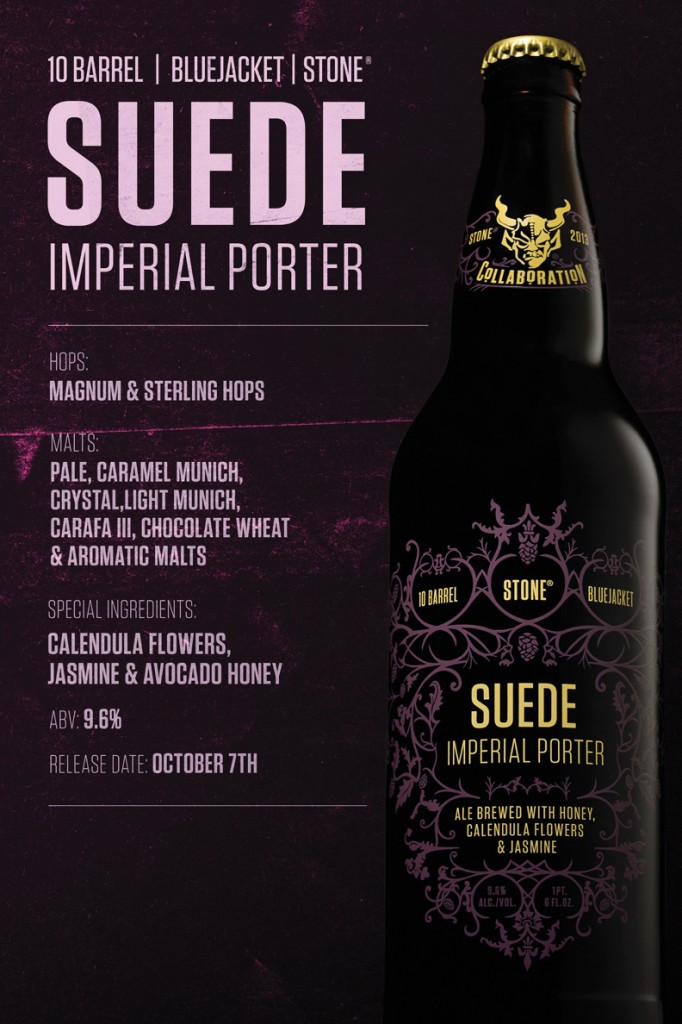