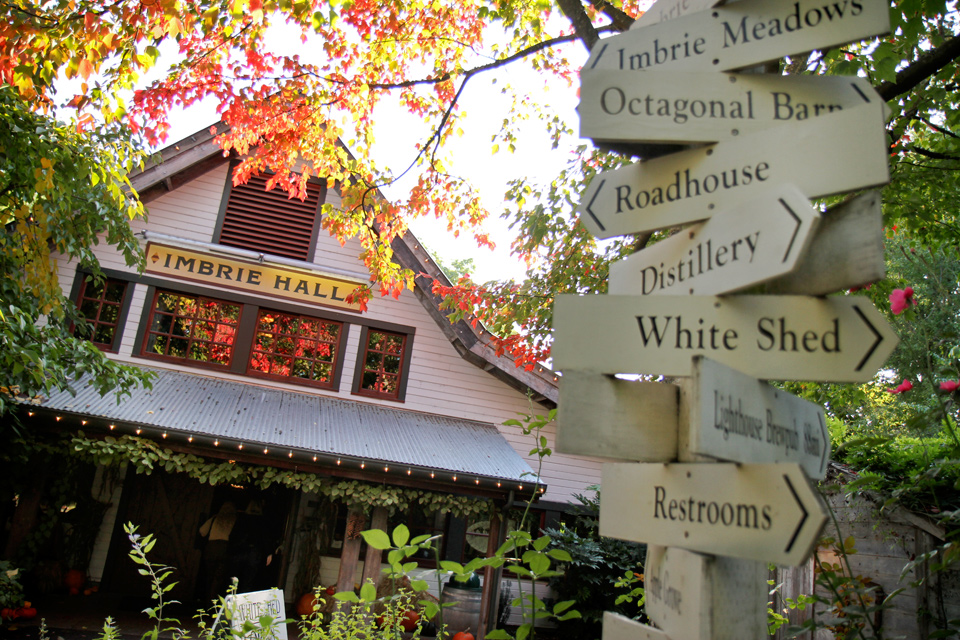 Now in its 13th year, the McMenamins Roadhouse Brewfest is fast approaching. Held every year out at their impressive Cornelius Pass Roadhouse property in Hillsboro, this festival will take on a few changes when the festival takes place on Saturday, July 19th.

July is Oregon Craft Beer Month, so this year McMenamins has extended Roadhouse Brewfest participants beyond its own family of breweries, featuring outside breweries from Portland’s neighbors to the west. By including breweries from McMinnville, Sherwood, Tigard and Hillsboro along with the McMenamin brewed beers from the westside will allow for a much broader selection of beer

Taking place on Saturday, July 19th from Noon ‘til late will be the 13th Annual Roadhouse Brewfest at Imbrie Meadow at Cornelius Pass Roadhouse. This will be a day of great beer, live music, family activities and food. Sip brews from McMenamins Cornelius Pass Roadhouse Brewery, John Barleycorns Brewery and Oak Hills Brewery, and from our friends at Three Mugs Brewing Company, Heater Allen, Ambacht Brewing, Vertigo Brewing, Golden Valley Brewery and Two Kilts Brewing Co. Guests are invited to tour the brewery and distillery, chat with enthusiastic brewers and distillers (don’t forget to collect your passport stamp!), and wander the  six-acre former farmstead, a colorful oasis with buildings and barns dating back to the mid-1850s. On the grounds you’ll also find Imbrie Hall Pub, which was built from original timbers from Portland’s Henry Weinhard’s brewery.

Admission is free to all ages and tasting tokens will be available for purchase to those 21 and older. There will be children’s entertainment to include balloon making and face painting. Musical guests include Chris Marshall and the August Light at 2 p.m. and Freak Mountain Ramblers at 7 p.m. 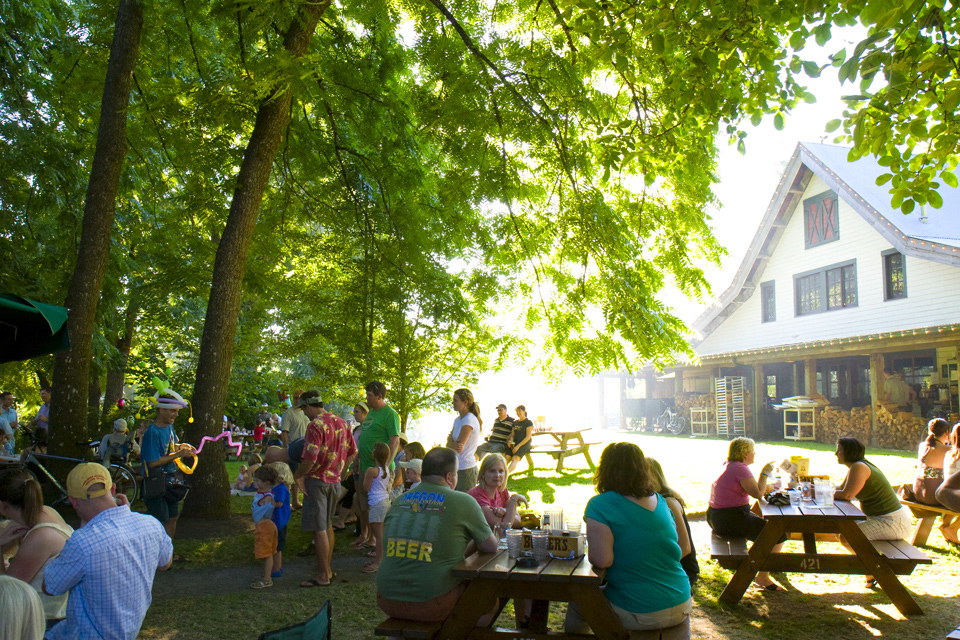 Heater Allen
Rick Allen and Lisa Allen
Heater Allen Pils
This is our take of the renowned Bohemian-style pale lager that you might find in Bavaria or the Czech Republic. Ours is a little more golden, rounder, and a little more malt-driven than many other versions.  The beer possesses strong hop character balanced by its rich, round, malty palate. Refreshing and balanced, this beer is a favorite of our winery friends during harvest.
Hops: Czech Saaz, Horizon
Malts: German Pilsner, Czech Pilsner, Carahell Special Techniques: This is a lagered beer that ferments in about 2-2.5 weeks and then spends another 4.5-5 weeks in lagering tanks at cold temperatures. It takes longer to make but we think it’s worth the wait.
OG: 1.050  TG: 1.012  ABV: 4.9%  IBU: 36.6  SRM: 3.6

Cornelius Pass Roadhouse Brewery
Chris Oslin and Brady Romtvedt
Edelweiss Helles Bock
Helles Bock is a relatively recent addition to the Bock family and is quite lighter in color than a traditional Dark Bock. Brewed on the last day of January, this golden gem keeps tasting better and better as it continues to age. There exists a perfect balance between the big malt backbone and hop bitterness, which together masks the high alcohol content. Inspired by a year studying abroad in Salzburg, Austria with the hills filled with the sound of Griswolds… Prosit!
Malts: Pilsen Malt, Vienna Malt, Wheat
Hops: Nugget, Perle
OG: 1.067  TG: 1.007  ABV: 7.74%  IBU: 14  SRM: 4

Golden Valley Brewery
Jesse Shue
Brune De Bourgogne
This barrel-aged brown ale was brewed from a mash of pale, crystal, chocolate, and wheat malts, and hopped with Bravo, Cascade, and Hallertau hops. Fermented with a Belgian yeast and aged 14 weeks in Soter Pinot Noir barrels, the yeast and the barrels worked wonderfully together on this beer. Fruity aromatics from the yeast mingle with notes of grape, wine, and oak, while both yeast and wood lent this beer a refreshingly dry finish.
OG: 1.057  ABV: 5.7%  IBU: 28

Oak Hills Brewery
Stephen Harper
Morning Blend Espresso Stout
This just may be the darkest beer I have ever made, adding five pounds of McMenamins darkest espresso blend straight to the mash tun, giving the morning blend its dark brown foam head. Lightly hopped and packed with Chocolate and Roast malts, this ale has a SRM (color scale) of 38! That’s a full five units more than the black-as-night Terminator Stout!  Morning Blend has the distinctive flavor of your fanciest cup of morning Joe, only this is way better. Why? Because it’s beer!
Malts: Premium Two-Row, Chocolate, Roast, Crystal 120
Hops: Nugget, Cascade
OG: 1.067  TG: 1.015  ABV: 6.7%  IBU: 30  SRM: 38