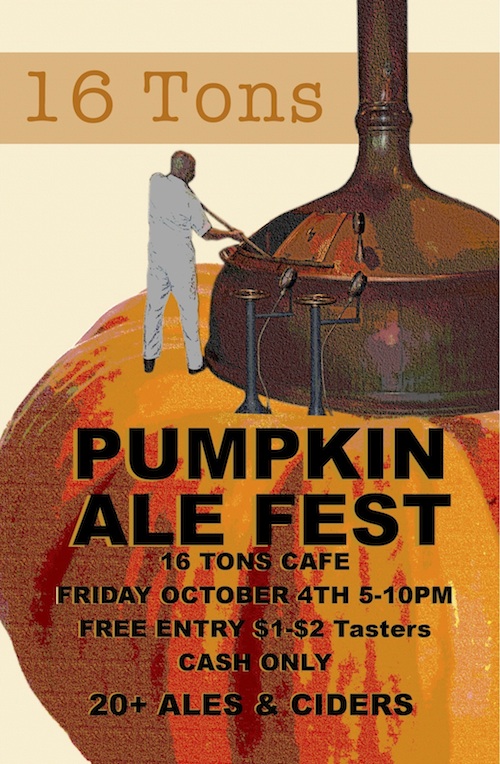 When we are in Eugene one of the places we love to hit up is 16 Tons. And with two locations it makes it twice as good. This Friday, 16 Tons Cafe on Eugene’s south side will be hosting their Pumpkin Ale Fest from 5:00 to 10:00pm. Having seen enough rain to close out September, hopefully Mother Nature is on our side so you can enjoy their inviting patio out front.

The leaves have started to turn to orange. It’s the time of the year to celebrate fall and harvest. 16 Tons taps are currently full of Oktoberfest and Fresh Hop Beers but come this Friday there will be a plethora of Pumpkin Ales and Ciders flowing through the lines. 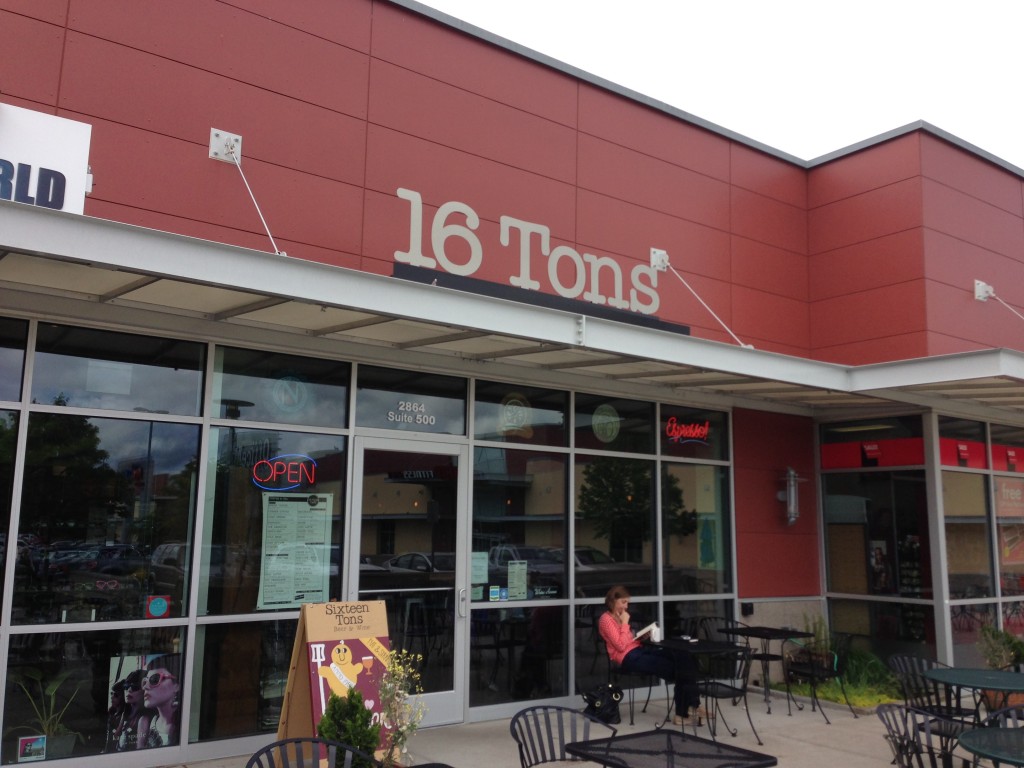 A few other notable fest entries include:

16 Tons will be one of only a few places in Oregon to feature limited edition Pumpkin Ales from San Francisco’s 21st Amendment Brewing. 21st Amendment has released 2 beers in collaboration with Elysian with the same name: “He Said He Said” a Belgian-style Tripel and a Baltic Porter, both brewed with pumpkin and spices. You can read more about this collaboration from Brewpublic here.