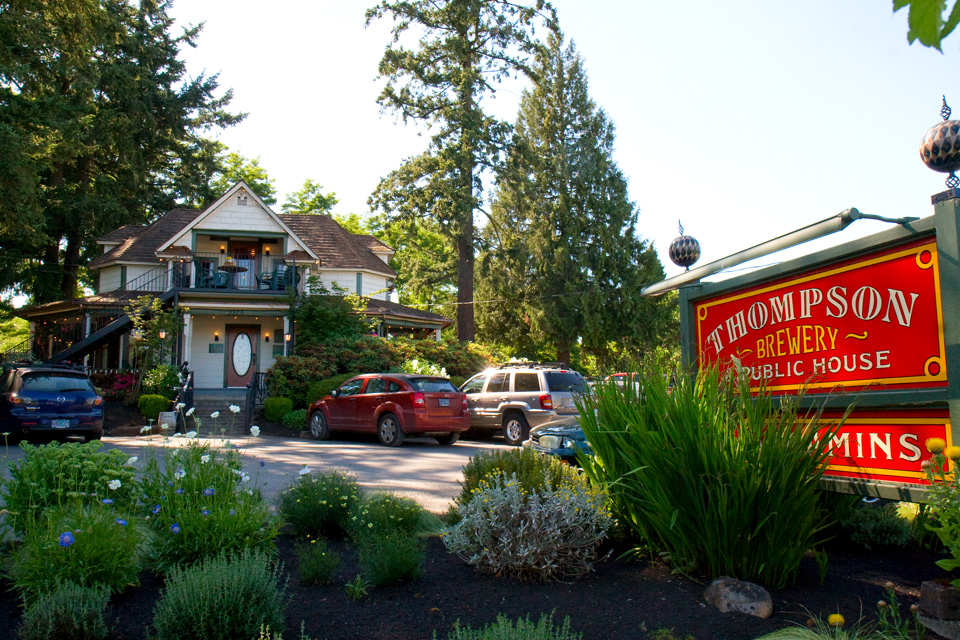 The 17th Annual Barley Cup Brewfest at McMenamins Thompson Brewery & Public House will take place on Saturday, June 21st in Salem, Oregon. The brewfest will run from 11:00 a.m. until close and all ages are welcome until 10:00 p.m.

Situated in the heart of Willamette Valley hop country, McMenamins has been celebrating great beer at Thompson Brewery in Salem, Oregon, for nearly 25 years. From an early pioneer home to a traditional Bavarian restaurant and then as Salem’s first brewpub since Prohibition, Thompson has seen Oregon’s state capital change dramatically in its lifetime.

In recent years, smaller breweries have begun to grow up around us, so to celebrate Salem’s burgeoning craft beer scene, they’ve invited outside breweries to participate in the Barley Cup Brewfest for the first time. Join the breweries at Thompson Brewery & Public House on the Solstice to kick off summer with a crisp German-style lager, citrusy witbier, golden helles bock, ripe fruit beer or classic Northwest IPA. Your vote could make the difference for your favorite brewery or new discovery. 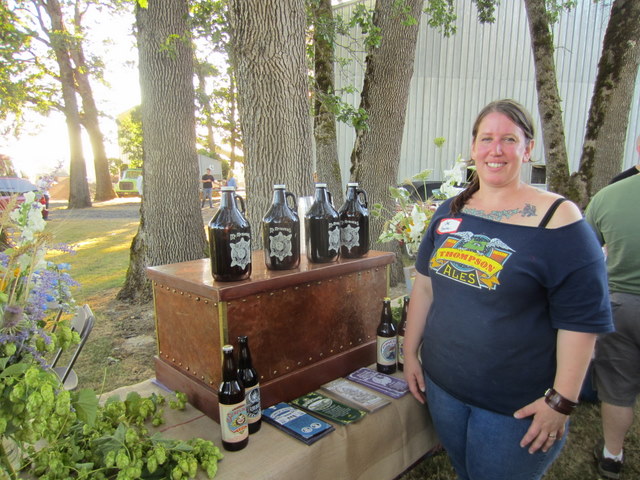 When organizers asked McMenamins Thompson brewer Jen Kent about the lineup for this year’s Barley Cup, she told them that her challenge to participating brewers was to “make a cool one-off that they’ve never tried before or push their favorite brew style past its boundaries.” For the Thompson brew, she aged a cherry stout in Cabernet barrels, and she’s excited to try the smoked CDA from Vagabond Brewing.

Listed below is the beer list from the 7 McMenamins brewers and 3 Salem-area guest brewers for the 17th Annual Barley Cup Brewfest:

White Rhino Wit – McMenamins Roseburg Brewery
Tom Johnson
Witbier (Dutch for “white beer”) is a beer style that evolved in the Netherlands and Belgium more than 400 years ago. The name refers to its milky whitish-yellow appearance, which comes from suspended yeast and wheat proteins. The style is a descendant from medieval beers that were not brewed with hops, but were flavored and preserved with a blend of spices and other plants, called a “gruit.” White Rhino Wit is medium light in body with aromas and flavors of coriander and orange, a moderate pleasant sweetness up front, and a crisp, dry, citrusy finish. And in case you didn’t know it, White Rhinos do exist. They are rare and endangered due to poaching, but you can see them roaming the oak savannahs just outside of Roseburg, Oregon. Jack and Taryn are nearly inseparable and can be found frolicking amongst tourists and locals alike at Wildlife Safari in Winston. While the animal can weigh in at up to 8,000 pounds, you’ll want to enjoy White Rhino Wit 16 ounces at a time.
Malts: Organic 2-Row Pale, Organic Unmalted Wheat, Organic Rolled Oats
Hops: Chinook, Mosaic
Other: Organic Coriander, Organic Orange Peel
OG: 1.041  TG: 1.008  ABV: 4.26  IBU: 22  SRM: 4
Buzz Words: Coriander, orange, crisp, refreshing

Autobahn Hop – McMenamins Crystal Brewery
Dan Black and Mark Goodwin
This beer is to the style of a traditional German Marzen only it was brewed using a generous amount of Mosaic hops throughout the boil. Bohemian Lager yeast was used and it had a long, cold fermentation. It pours deep copper with an off white head. Aromas of guava, oranges, melon, and grain greet you on the nose. On the palate you notice some bread and biscuit notes alongside a pleasant hop character.
Malts: Pilsner, Munich, Caramunich 120L, Carapils
Hops: Mosaic
OG: 1.058  TG: 1.014  ABV: 5.7  IBU: 26  SRM: 13

Edelweiss Helles Bock – McMenamins Cornelius Pass Roadhouse Brewery
Chris Oslin and Brady Romtvedt
Helles Bock is a relatively recent addition to the Bock family and is lighter in color than a traditional Dark Bock. Brewed on the last day of January, this golden gem keeps tasting better and better as it continues to age. There exists a perfect balance between the big malt backbone and hop bitterness, which together masks the high alcohol content. This beer was inspired by a year studying abroad in Salzburg, Austria with the hills filled with the sound of Griswolds. Prost!
Malts: Pilsen, Vienna, Wheat
Hops: Nugget, Perle
OG: 1.067  TG: 1.007  ABV: 7.74  IBU: 14  SRM: 4

Eventide IPA – McMenamins Hillsdale Brewery
Tyler Newton
Pacific Northwest summers bring long days, warm nights and an extended twilight as the sun’s rays bend and linger in the atmosphere. This IPA was made for the hot days and nights sitting on the patio or around the firepit with friends. Loads of hops were added late in the boil to create bursting citrus and pine flavors and Amber malt to give a golden hue to match the evening sky. Swirl, sniff, sip and enjoy!
Malts: Pale, Amber Malt, Flaked Oats
Hops: Centennial, Cascade, Chinook, Amarillo, Simcoe
OG: 1.063  TG: 1.010  ABV: 6.8  IBU: 80  SRM: 8

Noche Cigano (Dark Gypsy) – McMenamins Thompson Brewery
Jen Kent
Inspired by dark summer nights where shadows are made amongst the firelight as dancers and musicians gather. The euphoria of the breeze as is stirs the warm air of grasses and flowers. Gypsy guitar, deep cello and accordion play as a large ceramic carafe of this ale is passed around. Palates embrace the warm notes of black currant and dark, sweet cherry that lay over the body of a shadowy stout. Notes play over the mouthfeel of Cabernet wine as this blended beauty warms all on an evening that will forever live in memories.
Malts: Pale, Maris Otter, Optic, Flaked Barley, Black, Melanoidin, C120
Hops: Chinook, Cascade
OG: 1.076  TG: 1.014  ABV: 8.00  SRM: 32  IBU: 46
Adjuncts: Black Currant, Dark Sweet Cherry, aged in an Edgefield Winery Cabernet Barrel

Taster trays will be available and for the ten 4 oz. pours. There will also be brewery tours throughout the day, music from 2-4 p.m. and 7-10 p.m., and a McMenamins spirits tasting 3-7 p.m.

If you’re a McMenamins Passport Holder you’ll be able to collect your brewfest passport stamp just by attending! And the first 50 Cosmic Tripsters will get a free pint glass with purchase of taster tray. Learn more about the McMenamins Passport here. Looks to be a fun event in Salem, Oregon. 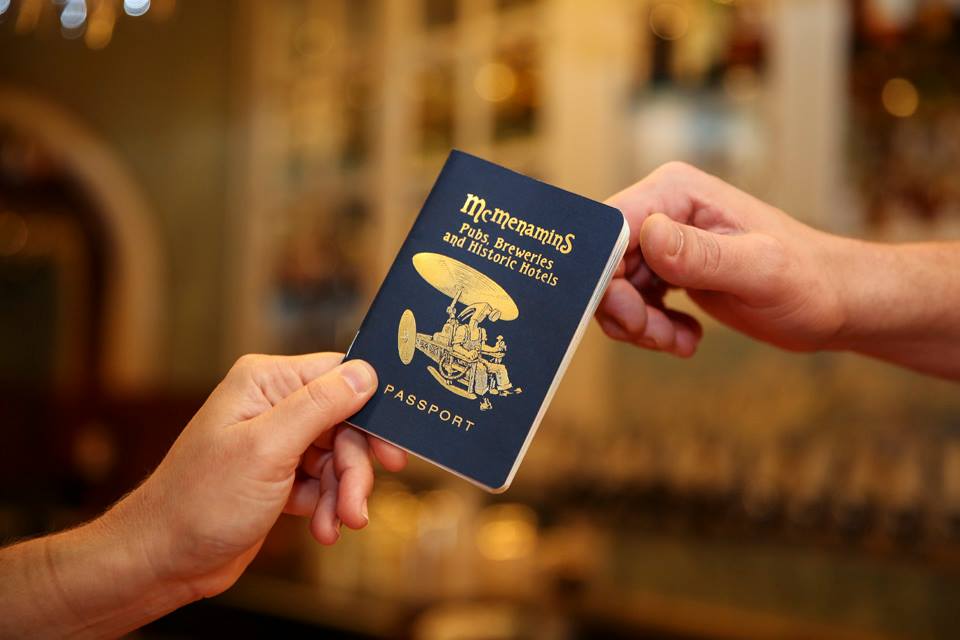