From a truly outstanding group of talented applicants, Jason Carriere from Eugene, Oregon, and Dave Pendelton from Centralia, Washington have been named recipients of the 2011 Glen Hay Falconer Foundation Brewing Scholarships. 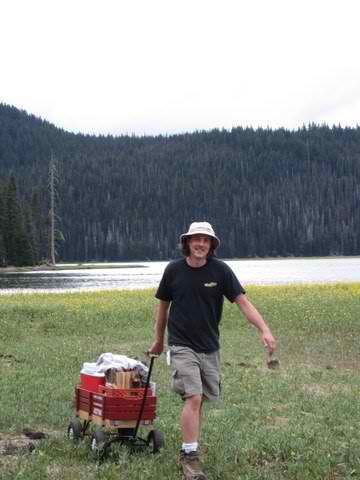 Jason Carriere is an accomplished home brewer, owns a successful home brew shop, and is deeply involved in his local community, especially as it relates to supporting and promoting brewing.  Jason will be enrolled in the World Brewing Academy (WBA) Concise Course in Brewing Technology that runs from August to November 2011.  Selection Committee members felt that Jason “embodied the spirit of the Glen Hay Falconer Foundation.”  They were impressed by his “dedication to the local home brewing community”, citing his “long-time commitment to reaching out to help others.”  With plans to open a brewpub named Falling Sky Brewing, Jason felt, and the Selection Committee agreed, that the Siebel Concise Course will offer him the technical foundation to transition from home brewing to commercial-scale brewing systems and processes.  We wish Jason the best for the WBA Concise Course and success in his new endeavor. 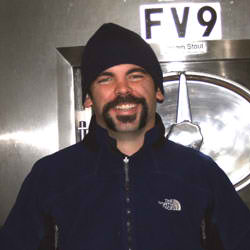 Dave Pendelton is an accomplished head brewer at Dick’s Brewing Company.  Dave ran (and still owns) a home brew shop for seven years before entering the professional brewing ranks.  Dave will be enrolled in the WBA Beer Production and Quality Control course that runs from June to September 2011.  Selection Committee members highlighted Dave’s “passion and enthusiasm not only for the art of brewing but also for helping others make great beer.”  They were impressed by Dave’s steadfast commitment to Dick’s Brewing, citing his “quest to master all the aspects of brewery production and operations.”  We wish Dave the best for the WBA Beer Production and Quality Control course.

The Foundation thanks the incredible Selection Committee for its dedication and energy.  The 2011 Committee consisted of Tom Dalldorf of Celebrator Beer News, Jamie Floyd of Ninkasi Brewing Company, John Harris of Full Sail Brewing, John Maier of Rogue Ales, beer writer Lisa Morrison, author of “Craft Beer of the Pacific Northwest” and host of the “Beer O”Clock!” radio show, Ralph Olson of Hopunion, and Chris Studach of Cascade Brewers Society.

To date, the Foundation has granted a total of seventeen brewing education scholarships over the past eight years and currently offers three scholarships annually.  For more information on the Glen Hay Falconer Foundation, our brewing scholarship program, and related activities, visit www.glenfalconerfoundation.org.