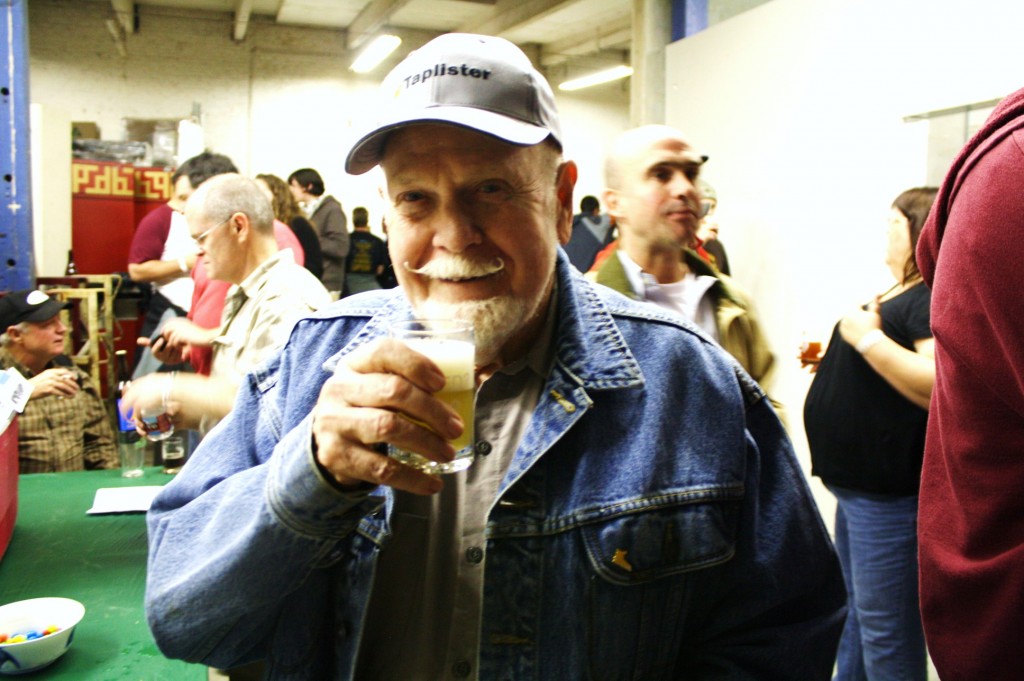 The littlest big beer festival in the world – or at least in Portland – is slated for Sunday, May 13, with tickets going on sale March 29 at the official website: http://www.fredfestpdx.com.

The event, which always sells out, is highly anticipated in the craft beer community, with fans flocking from across the country to attend and pay homage to Fred Eckhardt, the Dean of American Beer Writers.

What started as a surprise 80th birthday party for the world-renowned Portland resident, FredFest has become a significant fundraiser for the nonprofit organization of Eckhardt’s choice. Now in its seventh year, FredFest has selected Habitat for Humanity Portland/Metro East as its official fundraising recipient. That means 100 percent of this year’s proceeds from FredFest will go toward building a home for a Portland family.

“Our goal is to raise at least $10,000 from FredFest,” says co-organizer Lisa Morrison. “Of course, we’d love to raise a lot more, but $5,000 will build an entire bedroom for one Portland kid. We want to make it a double. Not bad for an afternoon of drinking great beer and having a fun time!”

In a quest to answer the timeless question: “What Would Fred Drink?” lucky Fred fans and brewers will gather at the Hair of the Dog brewery and tasting room at 61 SE Yamhill in Portland on May 13 from 2-6 p.m., where they will be treated not only to a rare assortment of hand-selected beers, but also light fare — and birthday cake, complete with a round of the “Happy Birthday” song for Fred. Cheeses, chocolate, candy and even cereal will be offered in abundance so attendees can experience some of Fred’s more infamous beer-and-food pairings.

Tickets are $65 advance. Cost for FredFest includes a souvenir glass, free ticket for a raffle of bottled specialty beers and other goodies (more raffle tickets will be on sale at FredFest) plus four hours of sampling, sipping, singing and storytelling with Fred.