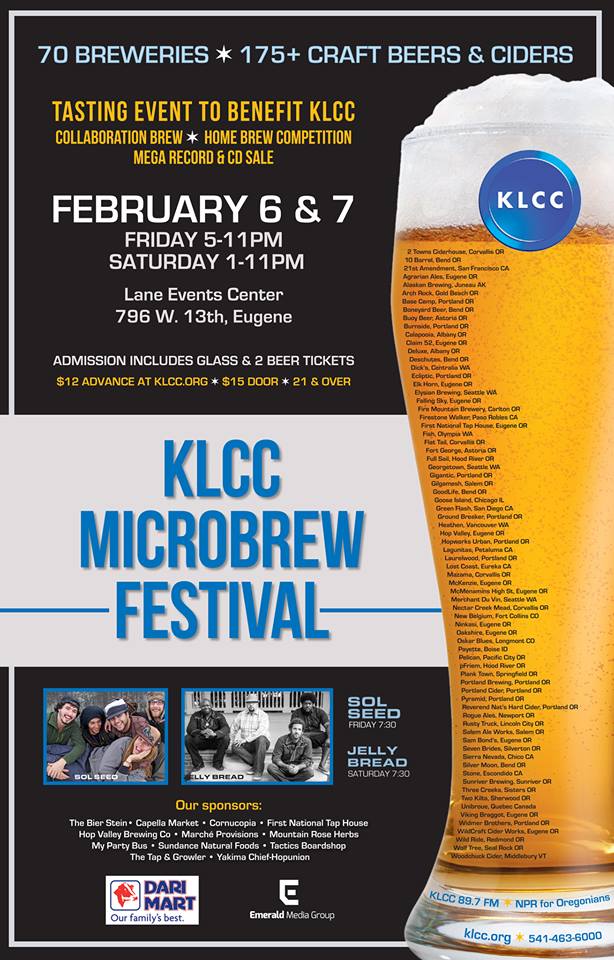 Returning once again to the Lane Events Center in Eugene, OR is the 2015 KLCC Microbrew Festival. Taking place on February 6 – 7, this annual event will bring together 75 brewers serving 190 beers.

All proceeds benefit KLCC 89.7 FM and the radio station is currently accepting record and CD donations at 136 W 8th Ave, Eugene OR, 9:00am – 4:00pm. The donation of music to KLCC is tax deductible!

Both days will feature live music beginning at 7:30pm. On Friday it’ll be Sol Seed bringing their positive fusion of reggae, rock, hip hop and jam. Then on Saturday, Jelly Bread will provide their Alt-rock, soul & funk, steeped in rock-Americana sounds to the microbrew loving crowd.