Returning once again during Portland Beer Week is Taplister’s 3rd Annual Rye Beer Fest. Now in its second year at EastBurn, the Rye Beer Fest will bring out a plethora of rye beers for the rye lover and those that may not yet have an appreciation for rye.

The Rye Beer Fest, a celebration of the revival of rye beers, will take place on Friday June 13th at EastBurn from 4:00pm to 2:00am. This year’s fest will feature 22 Rye Beers. Plus partial proceeds from the sale of beer will be donated to the Dawn to Dusk paddle fund for the Children’s Cancer Association.

In addition to rye beers, there will be rye cocktails and rye themed food. The pricing for the beer is $2 for a 5oz sample and pints start at $5.

And if the rye beer, rye cocktails and rye themed food is not enough, there will also be music for all to enjoy. Downstairs in the Tap Room will be DJ Rhienna spinning music beginning at 9:00pm. Upstairs the music starts at 10:00pm with Buddy Jay’s Jamaican Jazz Band. 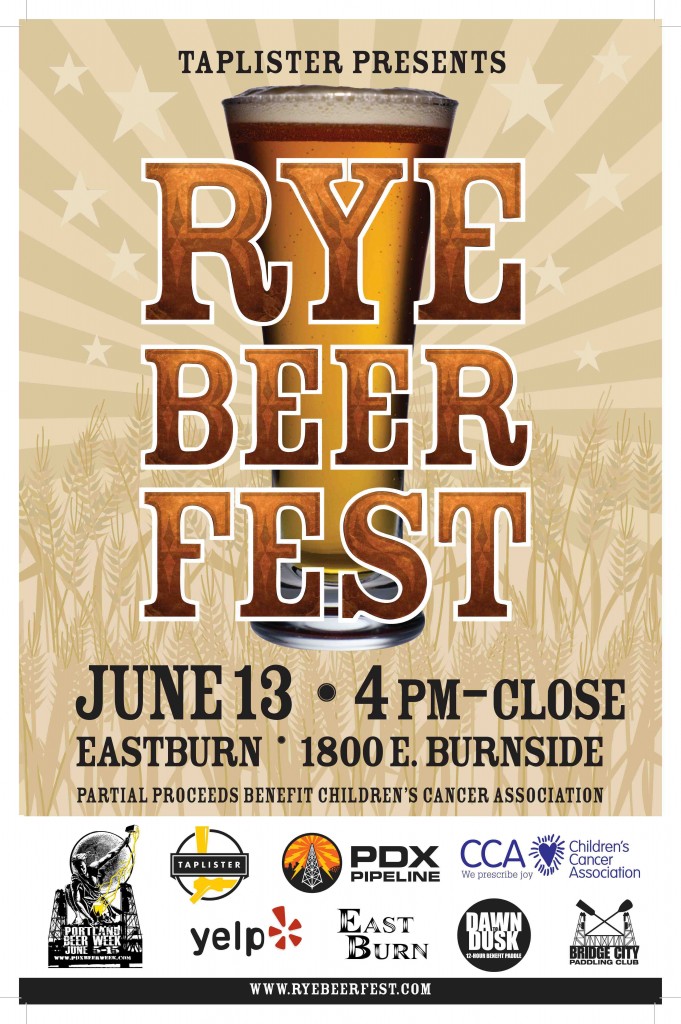 This year’s charity is Dawn to Dusk. They are an endurance paddling event where paddlers do laps for 12 hours around Ross Island in downtown Portland to raise money for the Children’s Cancer Association. Last year Bridge City Paddling Club raised more than $43,000 for this great organization. Bridge City Paddling Club is a non-profit organization, dedicated to both community service and competition.

With 22 Rye Beers, no entry fee and live music this festival will have something for everyone. To keep up with the latest news regarding the Rye Beer Fest check out www.ryebeerfest.com.