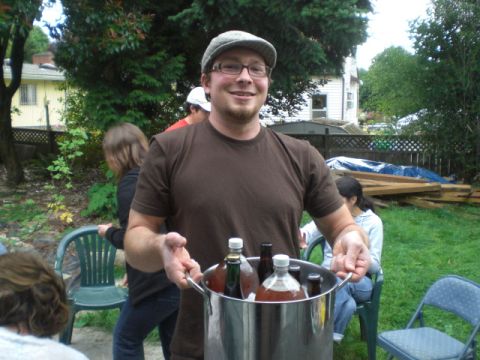 Last month as we were still amidst a seemingly never ending spell of rain and damp chill, our dreams of warmer summer days persisted. This, of course, was aided by the typical pre-season seasonal beer releases. Now with summer just two weeks away, we’ve added to our earlier list of 5 Must Try Cascadian Seasonals with five more that we’re sure will sate the thirst of most any Northwest beer lover. 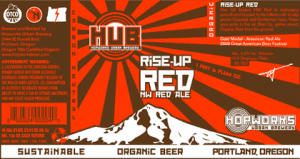 Hopworks Rise Up Red – The first keg of commercial beer to ever grace our home keggerator was none other than Hopwork Urban Brewery’s Rise Up Red. Proving that some of the best brews possess a rather simple ingredient bill, HUB’s balance of floral and bitter hops mesh extravagantly with an underpinning of chewy caramel malts that don’t lean too far toward the sticky sweet and cloying side of the spectrum like many ambers. The Cascade and Centennials shine bright in this brew available til June 30. Also, if you’ve got a tooth for a bigger bolder, yet nearly as quaffable rendition of Rise Up, try HUB’s Galactic Red, also available on tap in in bottles. 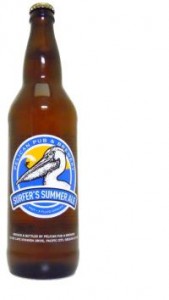 Pelican Surfers Summer Ale – Garnering a gold medal at the 2011 North American Beer Awards in the English Summer Ale category, Pelican’s Surfers Summer Ale is a lesson in crisp refreshment, much the same way that their always adored Kiwanda Cream ale is. Surfers boasts a sweet, toasted malt flavor derived from the Golden Promise malt, and “combines with bread-like wheat character to give this beer a full-bodied, rounded malt aspect.” Take a sip, close your eyes, and imagine your on the beach at Cape Kiwanda as the summer sun sets behind Haystack Rock. That’s what this brew is all about!

Deschutes Hop In The Dark – No one said that all summer seasonal must be pale and watered down. Hop In The Dark from Deschutes defies the trend to release a Cascadian Dark Ale in chillier months and paints a sense memory that lingers on through waves of gentle yet prevalent roast and a assertive IPA-like hop bill. Word has it that Deschutes tinkered with more than 20 test batches before settling on this complex delight available on draught and in 22-ounce bottles through September. 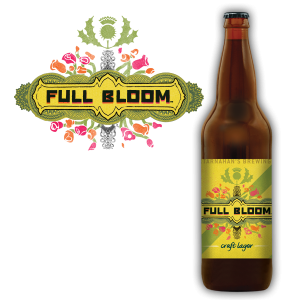 MacTarnahan’s Full Bloom Craft Lager – One of the best Cascadian lagers to arrive in some time, Mac’s Full Bloom is a perfect marriage of Czech and Northwest brewing styles. Light golden and crisp from Pils and Carapils malt and jumping off with 35 IBU from Sterling, Mt Hood, and Nugget hops, this beer, though we’ve not yet seen it on shelves around town (Mac’s says it will be out in 22-ounce bombs as well as on draught), we thoroughly enjoyed it on tap at MacTarnahan’s Taproom. Full Bloom teeters just above full-on session but delivers a high level of drinability we’ll be returning for repeatedly until it leaves us after August. 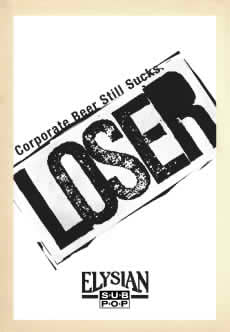 Elysian Loser Pale Ale – From one of Seattle’s finest comes a real winner in Elysian’s Loser Pale Ale. A medium-bodies pale ale with a 7% ABV bite, Loser’s mantra “Corporate Beer Still Sucks” delivers a distinct bouquet of tropical hop aromas obtained through the addition of Sorachi Ace hops and dry-hopped with dank Crystals. Released originally to celebrate 20 years of Seattle’s kickass record label Sub Pop, Loser pairs well with your classic Mudhoney and Nirvana records. So, kickback to the deliciousness of this summer release that will be out in bottles and on draught throughout the summer months.