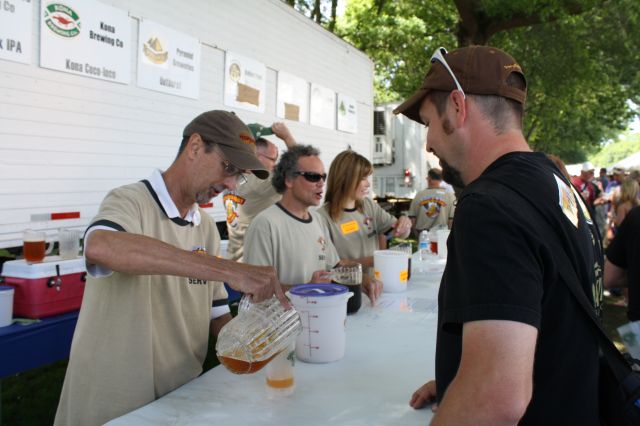 At long last it’s springtime, which for the commercial beer world means a slew of summer seasonals are finding their way onto shelves and out of taplines. Here’s some brews that will get you amped up for summer arrives. You see, contrary to what many people from outside the Pacific Northwest believe, our summers here are quite arid. In fact, it hardly rains at all once summer gets rolling. Still, you can put most of the rainy day weatherproof/breathable gear away. 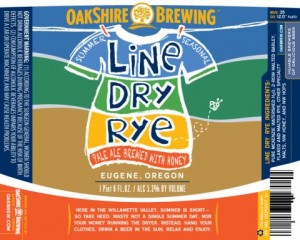 Oakshire Line Dry Rye: After debuting last spring/summer to the delight of thirsty Cascadians, this wonderfully drinkable and complex pale ale makes its return today.This refreshing and sessionable ale employs the use of blackberry honey in fermentation to provide a crisp, dry element to the beer that partners well with the modest use of the spicy rye adjunct. Oakshire Brewmaster Matt Van Wyk will be at the Guild Public House today from 6-8PM to discuss this wonderful brew and provide samples. The Line Dry will also be on tap. Oakshire will be selling bottles and kegs of the beer at their brewhouse in Eugene also. Read more on some of our favorite Rye brews, including Line Dry Rye HERE. 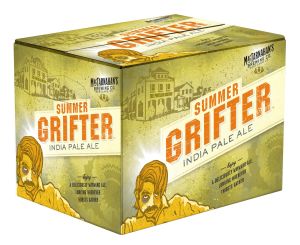 MacTarnahan’s Summer Grifter IPA: The brewers at Mac’s put forth a light bodies India Pale Ale with a wonderful aromatic presence. This is the kind of IPA that you’d be after ten years ago before the “hops arms race,” as some call it really shot out of the stratosphere. The simplicity of 2-Row and Munich with some Caramel to bump it up with some sweetness compliments the woody Chinooks, dank CTZs, and the Cascade and Centennial, both like the Bo Jackson/Deion Sanders of strobiles. At 6.2% ABV, 54 IBU, and around $2.00 for a bomber, the name “Grifter” really seems inappropriate. It’s certainly much more appealing than, say, Genessee. 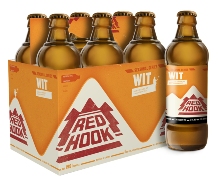 Redhook Wit: Uncertain why companies like Redhook and Pyramid think their marketing efforts are clever, one thing is still for certain: Both make exceptional beer. Redhook’s latest rebranding features a welcomed bottle design; pulling from the success of the Full Sail/Miller/Olympia stubby, but injects lameness in their taglines such as “Made with Ginger, but still digs Mary Ann.” Is there anyone still alive who watched Gilligan’s Island other than on Nick at Nite? Redhook and Pyramid should scrap their forced grandiloquence and stick to their classic roots. But still, the inventiveness of this particular beer is the inclusion of the Tina Louise character’s namesake ingredient adds a valuable depth to the witbier (paradoxically branded as “Redhook’s twist on the traditional Belgian-style ale.”) Another nice interpretation of the style is the use of Kolsch yeast and Vienna oats. Here is a beer designed to appease a vast spectrum of drinkers/lowest common denominator, but, as perhaps a happy accident, may only get the nod of the hat from beer geeks like us. 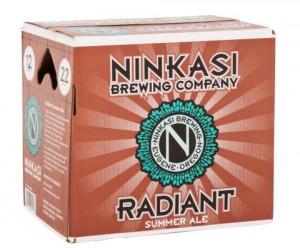 Ninkasi Radiant: Another returning summer seasonal is Ninkasi’s Radiant. Branding is certainly Ninkasi’s forte, though in recent years, we’ve been hardpressed to find a beer from them that we didn’t enjoy quaffing. Radiant is a variation of their signature Total Domination flavor gamut that has intelligently raised the bar (by bar we mean IBUs). Ninkasi’s house yeast, a relative of the Fuller’s English strain, lends their brews a dry, biscuit character that works adequately with grandiose hop bills, like Radiant’s Millenium, Galena, Northern Brewer and Liberty combo. The finishing hoorah is a blast of Liberties in the dry-hop round. Radiant skirts a middle ground of mealiness and sessionability that works well with Oregon’s lasting precipitous spring. RIYL: Grifter, BridgePort IPA, Full Sail Hop Pursuit. 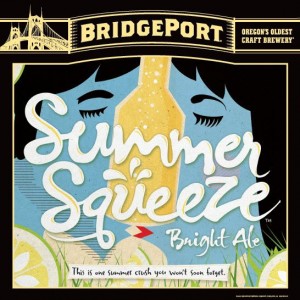 BridgePort Summer Squeeze: Another fruit beer has arrived from BridgePort (also known for their rotating fruit varietal Stumptown Tart). The Summer Squeeze eludes to a much more subtle infusion than its predecessors. The Squeeze is no-frills American wheat beer base with the welcomed addition of both Yuzu fruit and lemongrass. The yuzu, an Eastern Asian citrus fruit offers a mildly tart character that is more pronounced in the Squeeze by its addition in the conditioning process. The play of the dried lemongrass and Yuzu works quite well, as does so many fruits, with the sweet, nuttiness of the wheat. This also adds considerable mouthfeel to the brew that Brewmaster Jeff Edgerton calls “(T)he lightest of any brew we’ve ever produced at BridgePort.” At 4.5% ABV, 19 IBU, there’s really no denying. It’s great to see true sessions (sub-5%ABV beers) making a splash. The used of Austrian Aurora hops (aka Super Styrian) for bittering matches up nicely with both the wheat, the brewery’s highly fruity and bready. The beer was finished with Northwest Sterlings in the hopjack, giving it a fresh piquant yet subtle balancing burst of grassy aroma. Whitbread yeast  Try the Summer Squeeze at BridgePort’s Summer Squeeze Bright Ale release party Thursday, June 2 at 5:30pm at the BridgePort BrewPub in the Pearl to coincide with the release of its other summer seasonal, Stumptown Tart. Free and open to the public, attendees can try the free samples of these new brews while supplies last.

Got a summer beer or other beer you’d like reviewed by us, email us: info(at)brewpublic(dot)com. Cheers!