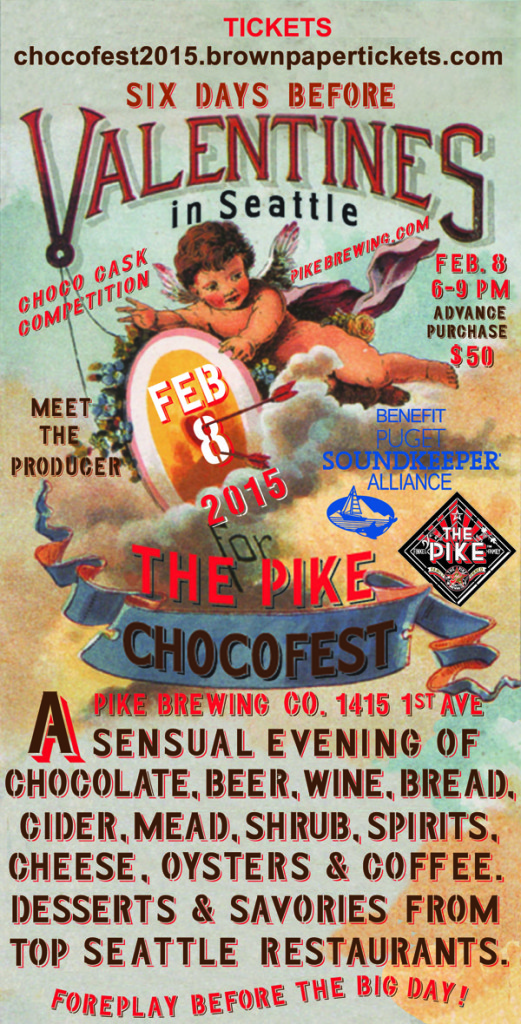 Pike Brewing says that this has been called “the best event of the year!” Now in its seventh year, Seattle’s Pike Brewing welcomes the return of the 7th Annual Pike Chocofest. What started as a gathering of beer and chocolate lovers in Pike’s Museum Room, has turned into a nationally recognized and anticipated feast of the senses.

This romantic event takes place on Sunday, February 8, 2015, on three levels and includes local and imported beer and chocolate, wine, cider, mead, and spirits, along with desserts, oysters, and savory foods from many of Seattle’s top restaurants and hotels. From the hours of 6:00 p.m. to 9:00 p.m., Pike Brewing will become a haven for all things chocolate.

Entry is $50.00 and includes all food, authentic Chocofest 2015 commemorative tasting glass, 10 drink tickets, music, and up to $4 off validated parking at Russell Investment Garage. 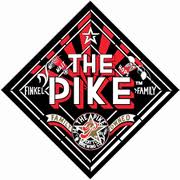 New to Pike’s Chocofest this year is the Chocolate Cask Beer Festival and Save the Sound Valentine Store where guests will be able to support Puget Soundkeeper Alliance by buying something for their Valentine!

Pike Chocofest is both a delicious, fun event, and an educational adult playtime that benefits Puget SoundKeeper Alliance.