Now in its 8th year, Cheers to Belgian Beers Festival will take place on Friday, May 30th from 5:00 p.m. to 9:00 p.m. and Saturday, May 31st from Noon to 8 p.m. The festival will return for the fourth year in a row to Metalcraft Fabrication in North Portland featuring over 50 Belgian inspired beers.

One of our favorite festivals, now known as Cheers to Belgian Beers is back for its eighth year. The Belgian-style Ale Festival will return to its roots this year when the fest returns to using a single yeast strain for the beers entered for the festival. This process was determined by a dart throw to diversify the color and strength of the beers. The results of the dart throw can be found here.

When Portland’s Cheers to Belgian Beers started in 2007, it was a way to help introduce Oregonians to the breadth of style and flavors of beers brewed in Belgium. Since 2008, Oregon brewers have won medals in the Belgian-Style or Sour Ale categories every year at the Great American Beer Festival and the World Beer Cup (that’s seven years in a row for those who are counting). This year’s Cheers to Belgian Beers currently features 56 beers from 50 brewing companies with more beers expected by the start of the festival. 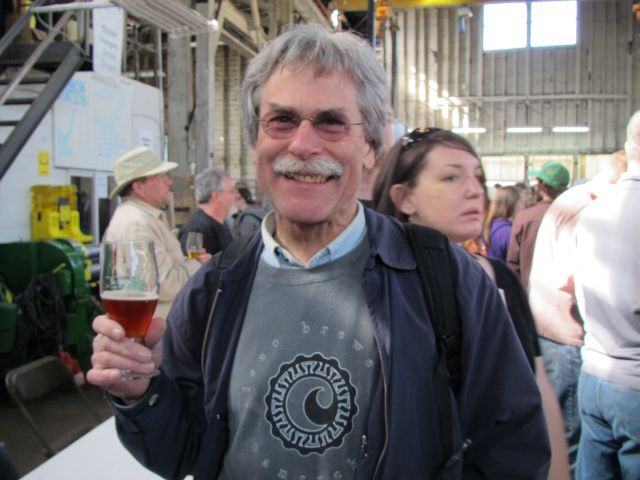 For the fourth year, the festivities will be at Metalcraft Fabrication, 723 N. Tillamook in Portland, a maker of brewing systems and fermentation tanks for the rapidly growing craft beer industry in Oregon, as well as for craft brewers around the United States.

The outside area at Metalcraft will be tented and food options from Philadelphia’s Steaks & Hoagies and Urban German will be available on Friday and Saturday. The Bunk Truck will be available on Saturday afternoon. If you need to pick up some official Timbers Army merchandise for the match on Sunday, the No Pity Van will be onsite as well.

People are encouraged to take public transportation (the TriMet Bus Line 35 stops 1 block away and the Yellow Max Line stops 2 and 3 blocks away) or ride their bike (we will have bike parking outside for 100+ bikes). Parking is available on the street between Broadway and N. Graham St. 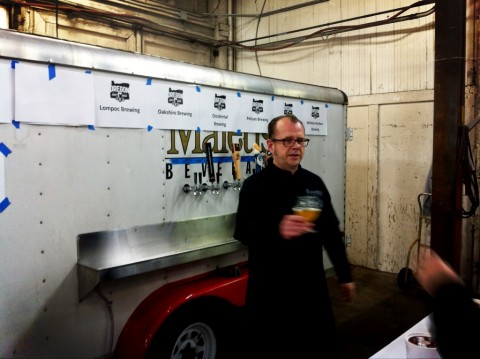 How: Admission is free.  There is a $15 charge for a stemmed glass and five taste tickets, which is required to taste.  Additional tastes are $1. This is a 21 and over only event-sorry parents with minors.

For more information check out http://oregoncraftbeer.org/ctbb