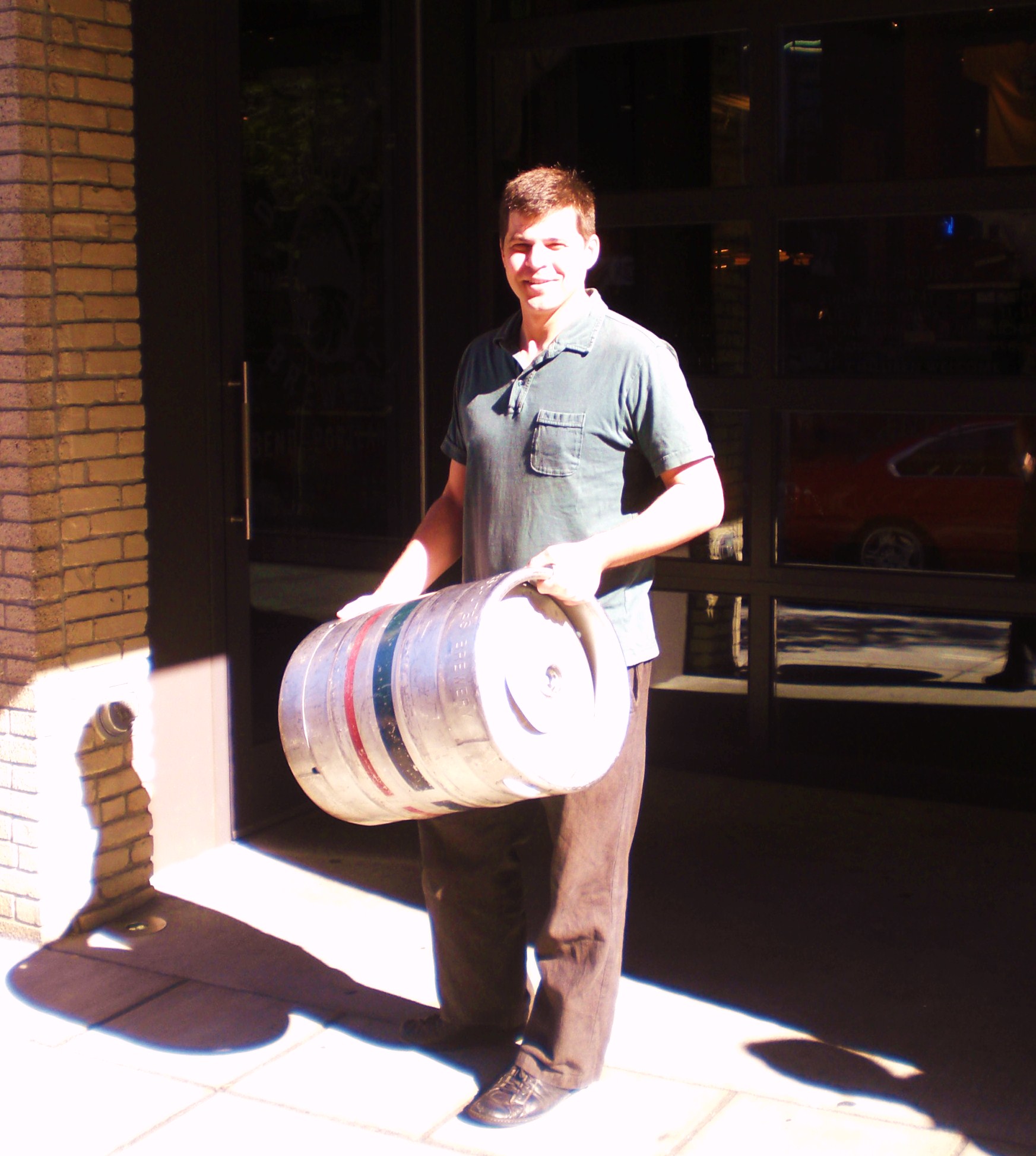 It’s not easy being a beer nut, but sometimes it can be fun as hell. Gettin’ geeked out on seasonals, one-offs, and, in general, brews I’ve never had before, is what it’s all about. Granted, the liver takes a toll for rewarding the palate, but in the end, it’s as publican Don Younger once said “It’s not about the beer, it’s about the beer.” 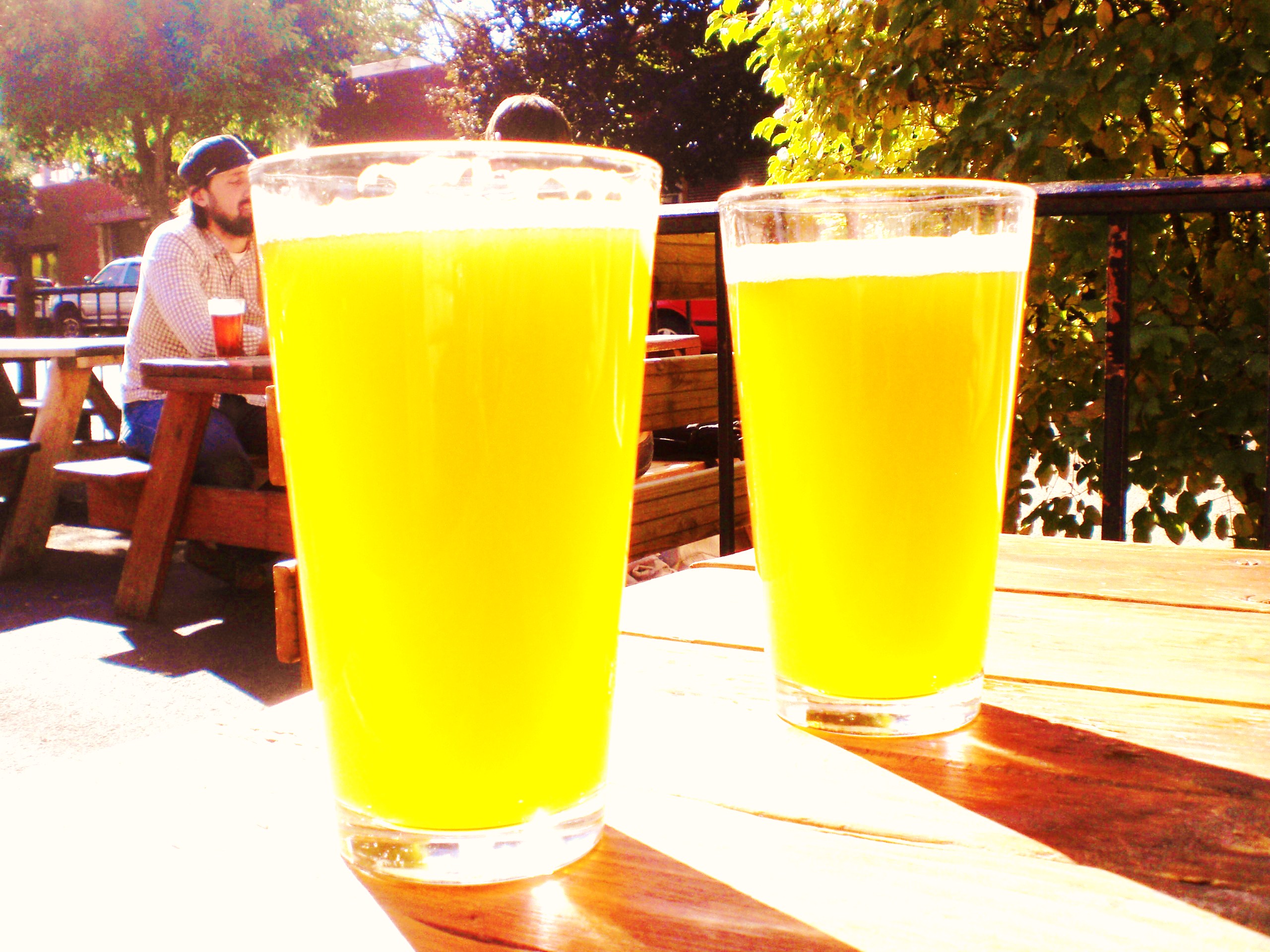 So, amidst scrambling about to shore up the final touches on Brewpublic’s big weekend, we performed a bit of quality assurance work. After a night of merriment…I mean Q.A. in the garage with Bailey’s owner/publican Geoff Phillips, the next morning was again filled with obligatory beer hunting.

Our first stop was Deschutes Brewpub in Portland where we picked up a couple cornies of beer for the weekend. Cam Cameron delivered us a barrel of King Cone Wet Hopped Pale Ale for our Brewniversary event at Saraveza, and one of the sticky Hop Henge #6 for our KillerBeerFest at Bailey’s.

After shoring those up, we returned to Bailey’s to drop of keg and Geoff. There we bumped into Dylan Goldsmith of Captured By Porches, who was providing the pub with one of the best named brews around, the Invasive Species IPA. Here, the brewer who recently made his brewing abode in St. Helens, Oregon, literally gave me the shirt off his back. If you haven’t seen CBP’s new label design and t-shirt, you must. It is quite artful. 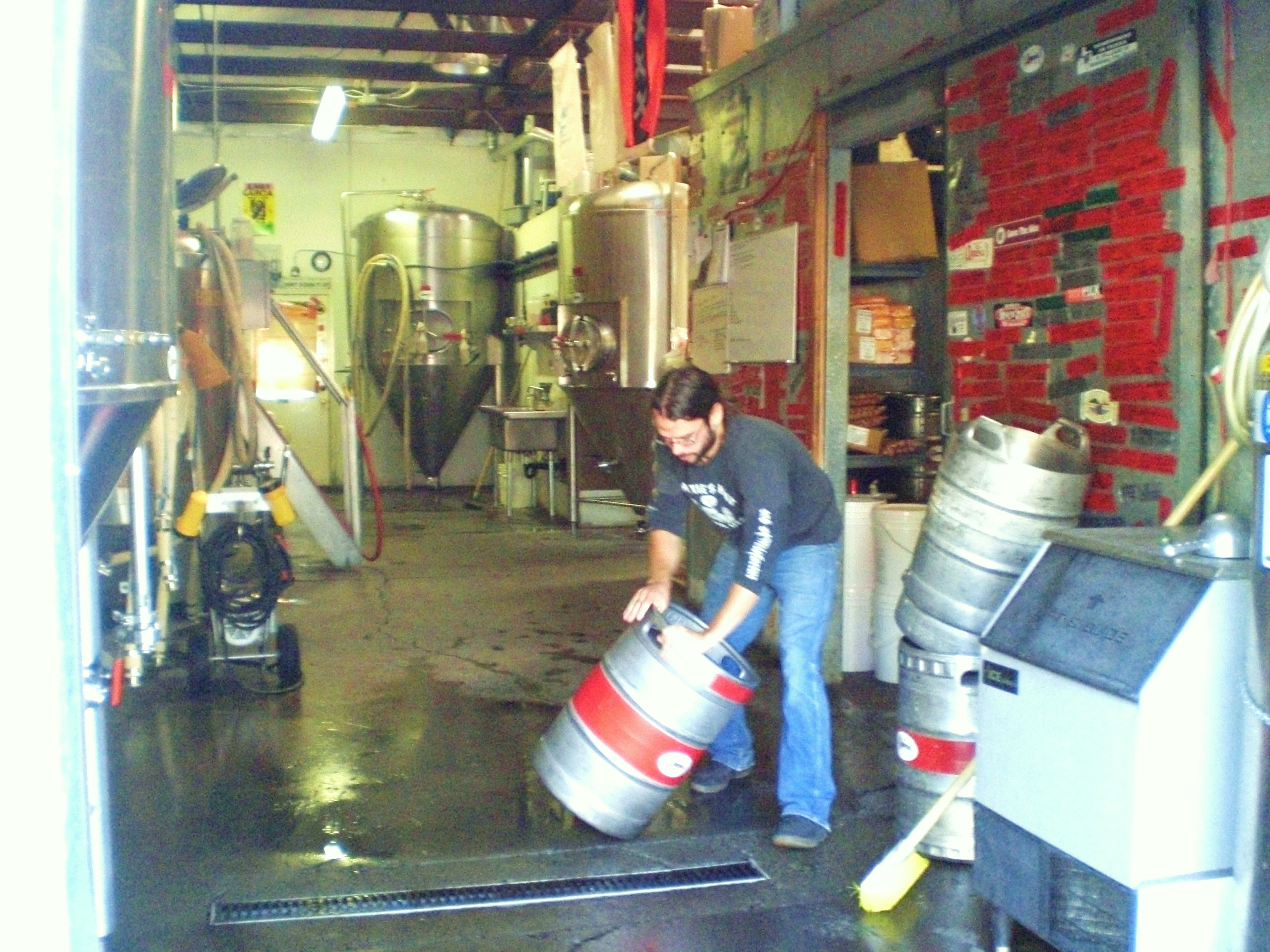 After our stopover at Bailey’s Brewpublican Jay and I dipped over to Amnesia to sample a freshly brewed Goldy Hops fresh hop brew. Simply delicious and picturesque was this unfiltered beer that shortly sat illuminated in the afternoon sun beaming down on the brewpub’s beer garden. After our quick brews, we grabbed a keg of Copacetic IPA and headed north to Saraveza to deliver the Deschutes keg.

At Saraveza, we met with head pasty chef Spence Lack. One of the nicest guys around, we were obliged to no lack of suspense with a sampling of some of the great beers that Saraveza had on tap. This included a lavendar infused Ninkasi Transcendence Ale, Cascade’s Prequinox IPA, BridgePort’s Hop Harvest ’09, and a robust Bear Republic Heritage Scotch Ale. All of these were excellent.

Even further north across the Columbia River in Washington, we paid visit to our pal Arlene Nunez at By the Bottle to pick up some collaborative beer coasters. While we were there, we though it was only fitting to stock up on several bottles of fabulous hand crafted beer. Southern Tier favorites like Creme Brulee, Cherry Saison, and Pumking were obtained alongside other heavy hitters such as Victory’s Baltic Thunder Porter, Dogfish Head’s Theobroma cacao brew, and some other palatable knick knacks. 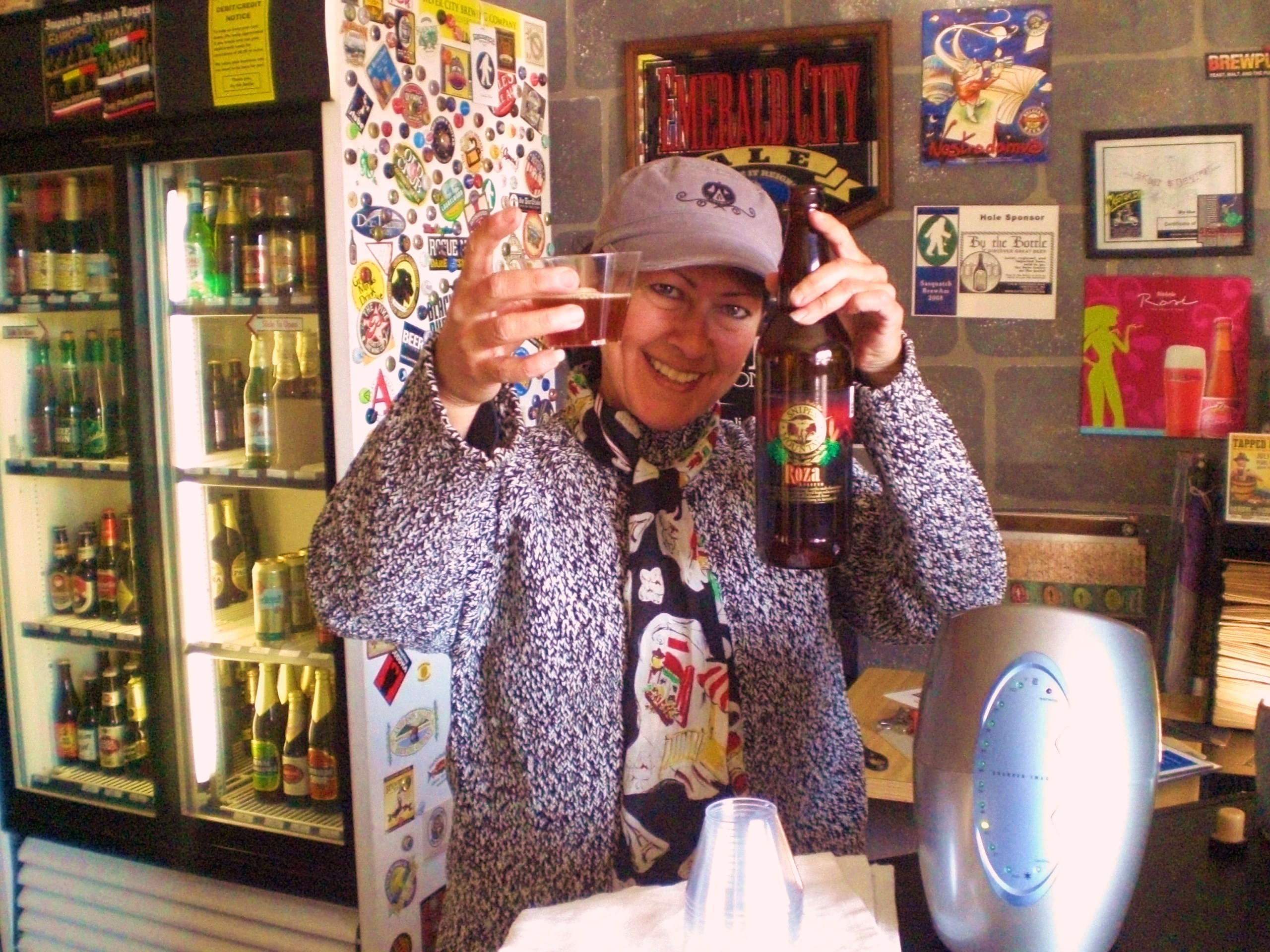 After returning from beer paradise, we partnered up with our boy Matthew DiTullo who has been diligently working on a video art piece for Brewpublic’s Brewniversary event to quaff and film. Back at the bat cave we unlidded said Southern Tier and Victory brews and I dragged some Northwest favorites from my cellar. Many money shots were captured and a great session of high quality grog was enjoyed. We even made room for a special pour of the Murai Family’s Nigori Genshu Sake. It kind of urks me when people use texting language for effect (e.g. LOL, BRB, etc) but all I can say about this day is OMFG!  TTYL.  -Angelo