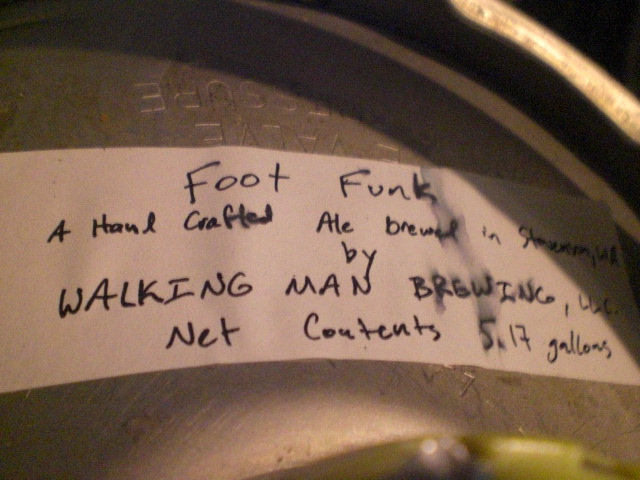 Thanks to the dudes at BS Brewing for coming out with their 33 Beers pocket sized beer journal and memory aid. Of late there have been a lot of great beers that we might have forgotten about had it not been for this handy little logbook. So, here we are again, about to run out of our stash, and soon to re-up. Here’s some of our last 33:

Here’s a little on some of these fine brews:

Avery Black Tot Rum Barrel-aged Imperial Oatmeal Stout: One of a number of special beers that our man Preston “Beer Guy” Weesner was kind enough to share. He brought some palate bending specialties back from his trip to the Colorado, where he scoped out the exotic brews of the Boulder Sour Fest at Avery Brewery. This sour fest, so far, is the largest of its kind ever in North America. This non-sour beer poured pitch black with a circular tan head. Big oaty boozy nose. Lots of oat creaminess in the nose. Sticky big malt flavor. Somewhat cloying mouthfeel. Only 315 cases were bottled on January 13, 2010. At 10.08% ABV, this is a beer to be relished at a relaxed pace. Too bad, we had a few to try. 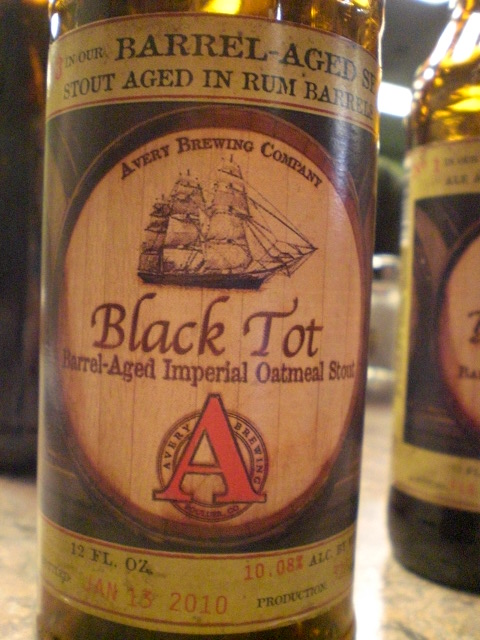 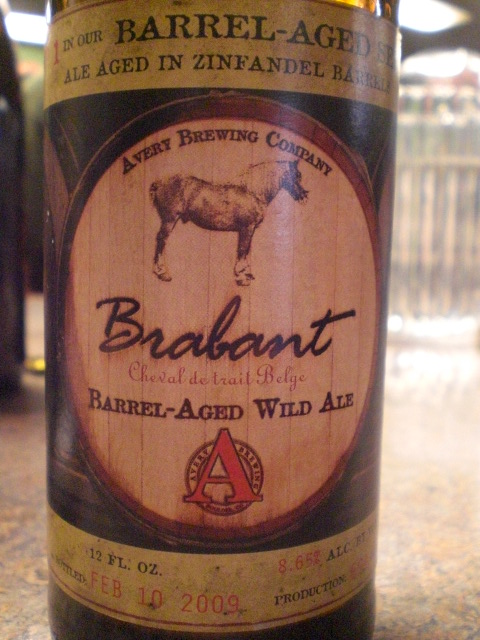 Avery Sui Generis: Again, a Preston special. I’ve always admired Avery. So much so, I named my cat Avery in honor of this fine brewery. This beer, at 10.20% ABV poured a deep orange-copper body with a silky white head. Fruity, yogurty lactic twang. Dark, dirty. Clanging hop sourness with a biting Pediococcus funk. Bottle dated 9/18/09. This completes the triumverate of these gold capped Avery brews from Preston. Thanks. 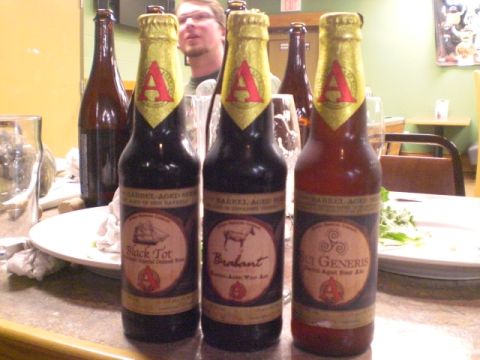 Cascade 2005 Dry-hopped Beer of the Czars Baltic Porter: Sampled on 3/12/10. Deep opaque brown with amber hints. Thick whitish head. Stale hoppy horse blanket funky sourness. Candied, full-on malty and cloying. Weird beer. Don’t think I’ve had a beer this sour and this hoppy before. Don’t really know what to make of it. Kind of like it. Kind of am freaked out by it. 8.5% ABV. We still have one of these in the cellar. Curious how it will taste in a year. Thanks to Ron Gansberg for popping open this from his secret stash.

Oskar Blues Sour Ten Fidy Imperial Stout with Cherries: Just when you think Preston Weesner has pulled out all the stops, he digs into his magic cooler and reveals a plain silver 12 ounce can of this potion. Supposedly, this was one of less than ten to make it into a container, this inoculated brew came back from Lyons, Colorado. Deep dark bodied like the “normal” Ten Fidy with a small tan head. Heavy molasses and sour fruity stinging nose of acetone. A barleywine by relegation, the character of this 11.5% ABV brew is, surprisingly subdued. 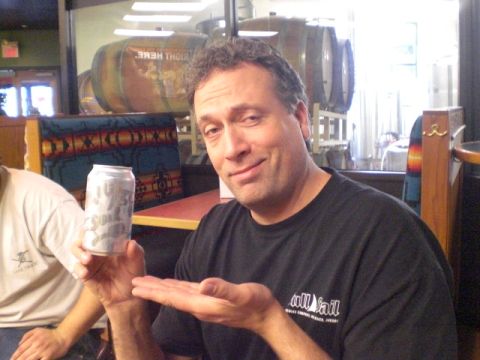 Cascade 2008 The Vine: Here’s a brew that has done some aging in a 750 ml bottle. Poured a light clouded golden-copper body with a clinging white top. Lots of coriander and cardamom. To a degree, overly spiced, sharp, stinging mouthfeel. American white wine grape runs all through this uber-spicy brew. Lots of sour. 9.2% ABV. 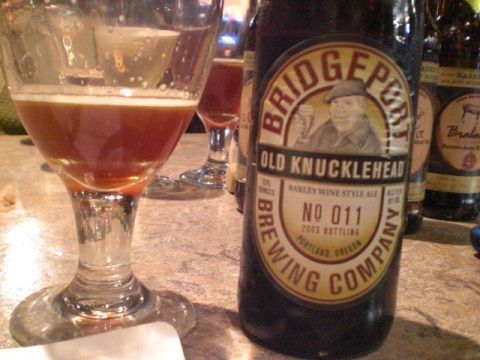 Avery Hog Heaven Barleywine: I’ve said it before and I’ll say it again: Hog Heaven is one of the best beers ever. With more IBU’s (100) than Avery’s Maharaja Imperial IPA and less alcohol (9.2% ABV), the Hog is the perfect marriage of hops and malts. Deep amber bodied with thick lasting head. Cha-ching! Leaves skull and crossbones on your tongue. Columbus citrus hops fruitiness with slight onion zest. Always a great decision!

De Dolle Stille Nacht: We recently were saddened by the news of a fire at the De Dolle fires that burned off the roof of the Belgian brewhouse, but thankfully all should be back to normal soon. A rare keg was tapped at Victory Bar recently to the delight of beer geeks like us. Big, bold 12% ABV (27 Plato), this beer made for Christmas (it’s name means “Silent Night”) makes use of a five hour boil. A brown-golden sticky body reveals complex hints of raisins, candy, plum, liquorish, honey and sugarplums. A shining hops attitude is checked by the monstrous yet perfectly balanced malt underpinning. Holy hot damn this beer is great!

Captain Lawrence Cuvee de Castleton: Wild yeast, hand picked Muscat Grapes, and French oak barrels…what more could you ask for from one of the East Coast’s coolest breweries. Our friends Jim Bonomo and Theo Skourtis, two Beer Advocates, were kind enough to share a bit of this fabulous brew with us recently. Burnished tawny hued with a frothy white head, the flavor of sharp tart lemon resonates through this snappy brew. A nice dry residual mouthfeel makes you want to never stop quaffing. Like a great sour beer should, this beer possesses both a sharp peppery quality and a refreshing citrus pizazz. Mmmm mmm!

Oakshire O’Dark:30 Cascadian Dark Ale: On tap, this CDA is a bit different than from a bottle. I prefer the draught version. Almost opaque brown-black with a frothy whitish head. For a CDA, this beer lacks the piquant citrus nose that many other examples have exhibited. From first whiff, this beer could pass for a hoppy porter. Prevalent roastiness and coffee, tobacco notes.  Still, there’s no metal from husky bitterness that you’d get from a porter, hence the style. The pininess of hops comes to life in the lupulin bitterness and citrusness of the first few sips. Not the best example of the CDA style, but a well-built, sessionable dark brew. Plus, drinking it with Brewmaster Matt Van Wyk is even better. 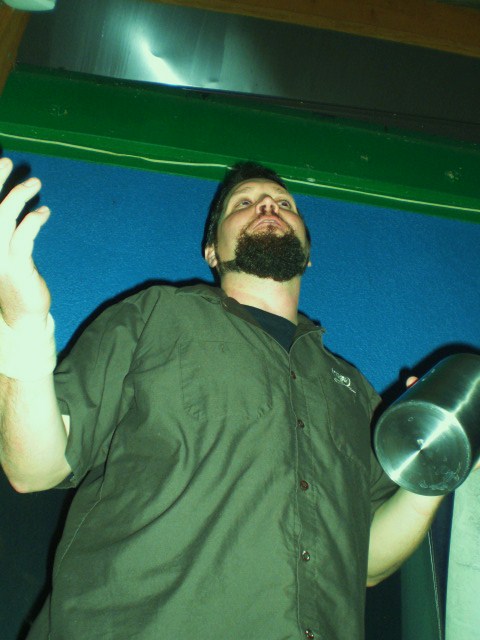 Walking Man Foot Funk Sour Wheat Ale: After sampling the Sour Abbey Road thanks to our friend Erika at Saraveza, we were jazzed to get our taste buds on this beer. Special to the BrewPubliCrawl, this wheat ale is an inoculated Brett and Lacto version of the sessionable Crosswalk Wheat Ale readily available at the Stevenson, Washington brewpub. With extremely high expectations dues to the regularly awesome output of WM, this beer probably could only disappoint, but surprisingly, it did not. Our friend Ezra crowns the brewery’s wild ale efforts “perhaps the best West Coast made sour beer I have ever had.” Big words, but not without merit. This golden bodied 5% ABV brew was as refreshing as we’d hoped for. Perhaps the only missing component was the mildly watered down finish that slightly lacked the zingingly sour follow through we personally prefer. However, we did get our first quaffs following a day of palate bruising. Perhaps our cherished last growler will offer new insights to an intriguing brew from one of our all-time favorite breweries. Thanks Walking Man! 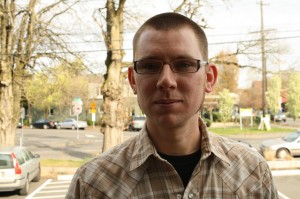 So there’s a few beer notes from our 33 Beers journal. Make sure to pick up your lil booklet soon and discover some great brews!