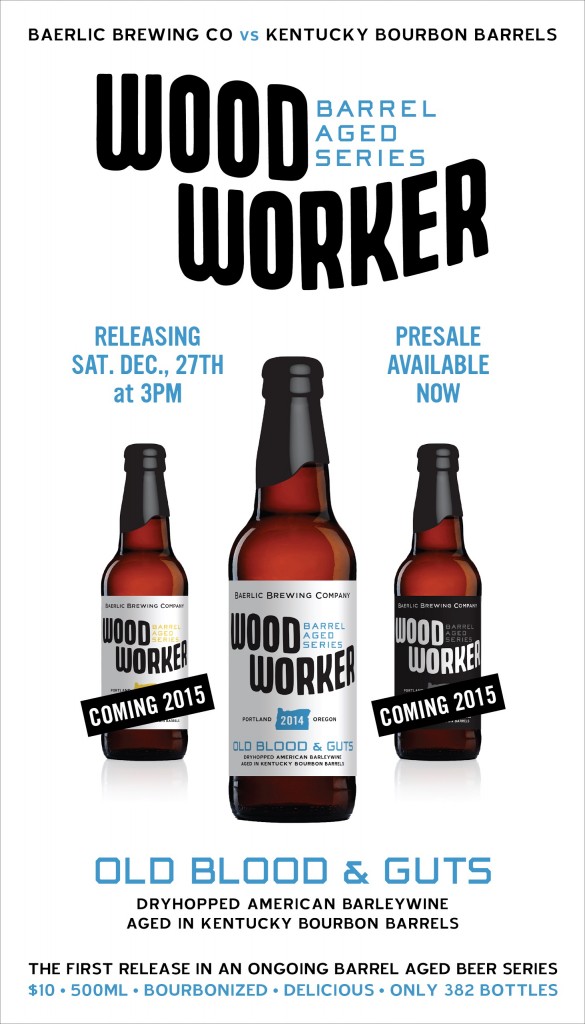 By aging it in fresh Kentucky bourbon barrels, flavors of oak, caramel & vanilla bring some balance to this aggressively hopped barleywine style ale. Designed to drink now in honor of the Pacific NW hop tradition or years in the future for a more complex and spiritual experience. This barleywine is 11.4% ABV and 100 IBU.

Limited to only 382 bottles, this release is available at Baerlic Brewing Company with a presale that has already begun. The price for 500ml bottles are $10 each and sales are limited to 2 bottles per person. The first 50 bottles purchased will include a Baerlic WoodWorker Series tulip glass.