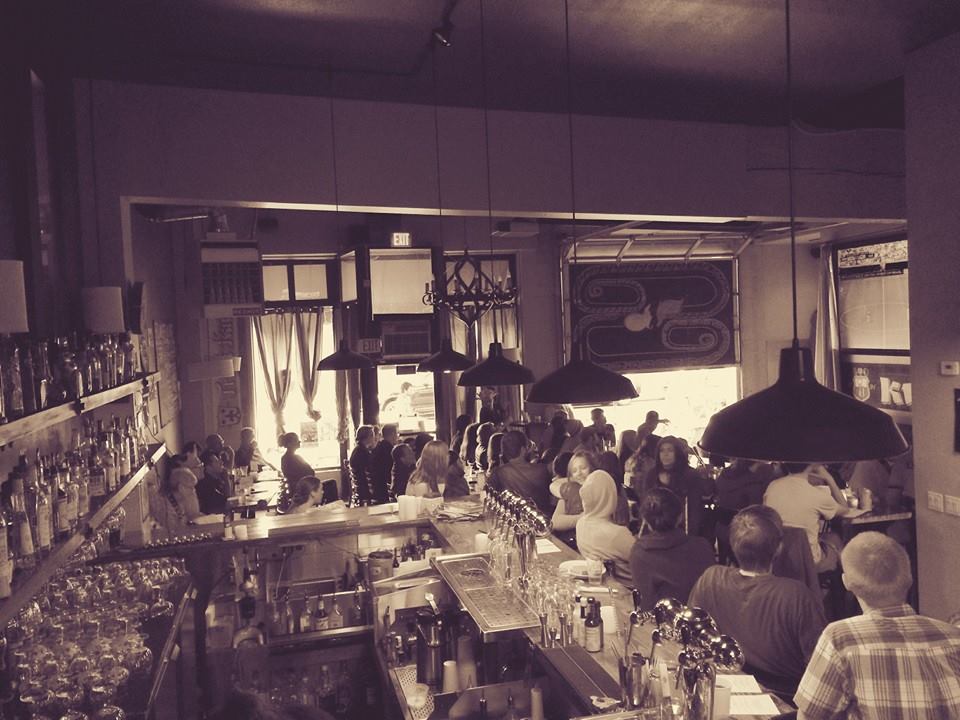 October is shaping up to be a great beer month at Bazi Bierbrasserie. With tomorrow night’s Killer Belgian Fest as part of Killer Beer Week, Bazi is also bringing three great nights to end October and welcome in November.

Bazi will be hosting Dubbel the Blinds on October 28th, Kwaktoberfest on October 31st and Día De Los Muertos Festival De Cervezas along with Imperial Bottle Shop on November 1st.

Here is more complete info on all three events: 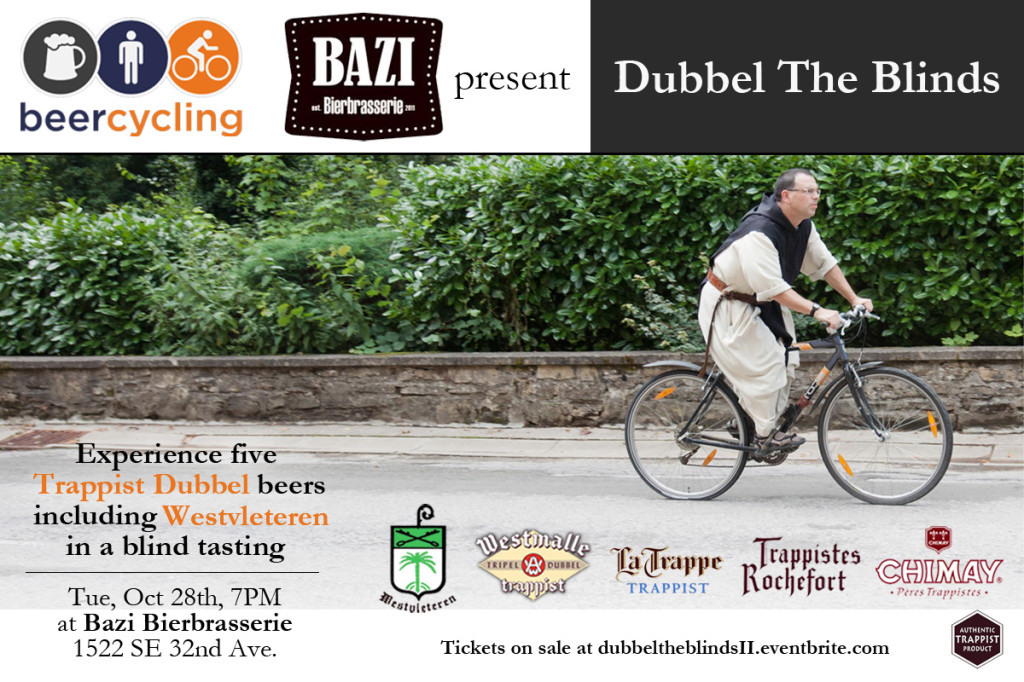 Pick your favorites, learn about cycling in Belgium, and win some sweet prizes courtesy of our host from Beercycling.com

$19 for 6 – 4 oz tasters (inclusive of gratuity). Only 30 seats are available and advance ticket purchases can be made here.

5 oz samples of each for only $15 including a souvenir Kwak glass while supplies last.

This is your opportunity to try the infamous DeuS, available only in 750 ml Dom Perignon bottles.

About the beers:
Deus undergoes a lengthy, costly maturation in the Champagne caves of France. The elegant and labor-intensive “methode Champenoise” produces the best sparkling beverages in the world. DeuS has characteristics of both sparkling wine (fine, velvety carbonation) and specialty beer (rich maltiness) but also exhibits a fragrant, herbal and spicy character quite unique and special. Flavors of anise, mint, malt, lavender, and a barely perceptible hoppiness make DeuS a very sophisticated treat. Only available in 750 ml bottles.

Kwak is rich amber in color with a slightly sweet, generously malty character. Hops are subdued, but present a well-considered balance with the juicy ripeness of grain and a fruity, meringue softness.

No tricks here, just treats and lots of them!!!! Prizes at the top of the hour with a grand prize of the quattro for four taking place at 9 PM.

So give the Kwak a try, after all, the glass is half the fun! 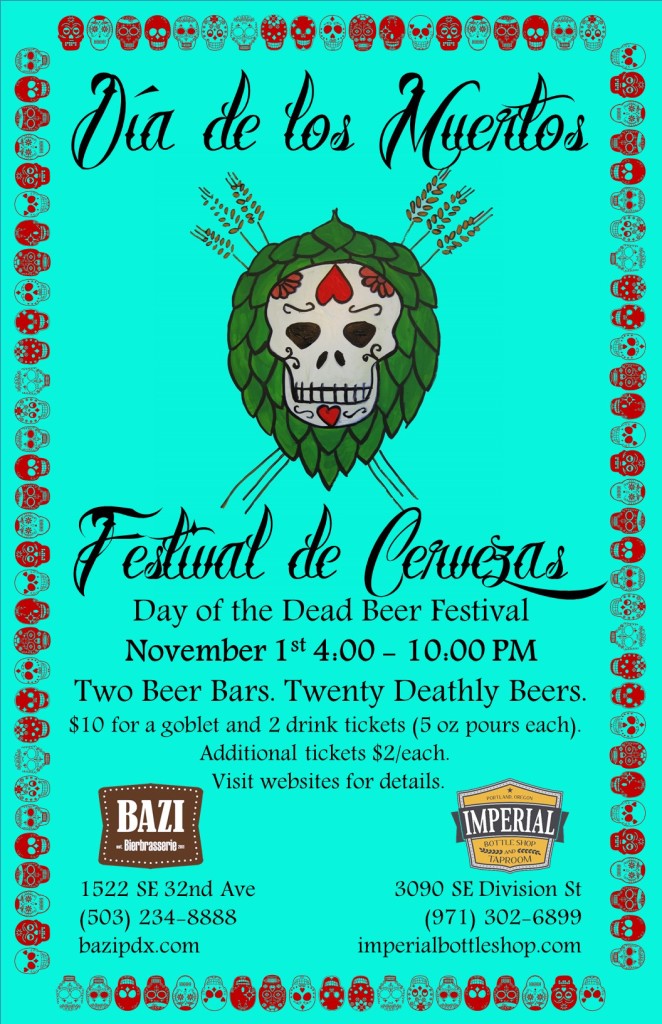 As leaves fall to the ground, mankind throughout time has understood that nature’s cycles are mirrored in our lives. Autumn is a time to let go of the past and let death pave the way for new life. In that tradition, Día de los Muertos, celebrates the lives of the deceased with food, drink, and activities the dead enjoyed in life… and who doesn’t enjoy great beer!

The Día De Los Muertos Festival De Cervezas will take place concurrently at both locations offering festival goers the opportunity to walk less than half mile between the two and experience an eclectic mix of death-themed beers, beers named after the dead, and Mexican-influenced beers that pay homage to the country of the holiday’s origin. While close in proximity, the two bars are far apart in their approach to beer. Bazi features Belgian-inspired beers from near and far, and Imperial focuses on local American craft beer.

For $10, attendees will get a commemorative glass goblet and two drinks tickets, each good for a 5 oz pour. Additional drink tickets will be offered for $2 each, and every drink ticket used will automatically get entered into hourly raffles for exciting prizes. Visit www.bazipdx.com or www.imperialbottleshop.com for advance tickets sales.