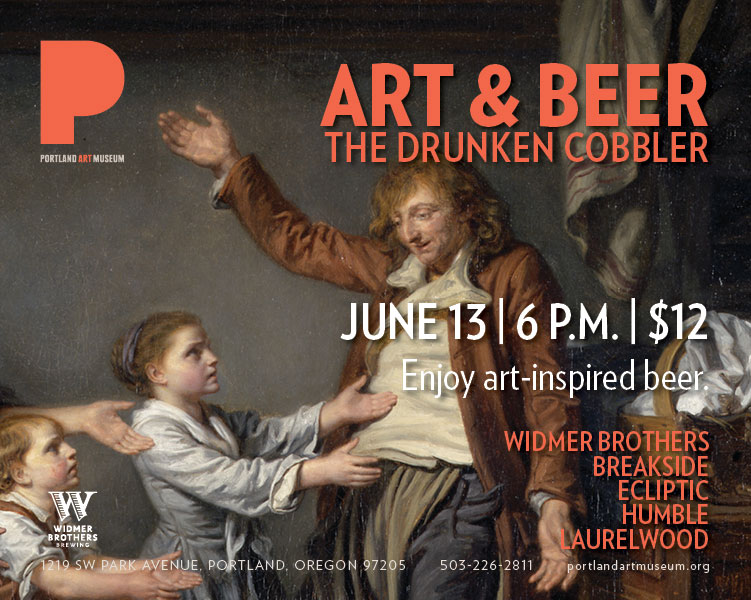 On Friday night the Portland Art Museum will be host to a very unique event where the museum will serve beer, from five breweries, which was inspired by an 18th-Century Painting by Jean-Baptiste Greuze. The event, Art & Beer: The Drunken Cobbler, will take place on June 13th from 6:00pm to 8:30pm with doors opening at 5:30pm.

Five Portland area based breweries have partnered with Eric Steen and the Portland Art Museum for the return of Art & Beer. Art & Beer is a program that invites local breweries to make beer inspired by a work in the Museum’s permanent collection. On June 13, the Museum will host an event where visitors will taste the art-inspired beer.

Widmer Brothers, along with four other Portland breweries have conducted multiple visits to the Museum to view and learn about The Drunken Cobbler, an 18th-century painting by French artist Jean-Baptiste Greuze in the Museum’s European art collection.

During the June 13 event, guests will learn about the painting, the process of creating the beers, and the parallels between science of preserving art and the brewing process.

Event tickets include half pint samples of each beer, commemorative glassware, light snacks, and Museum general admission. Advance tickets can be purchased here. Ticket priced are $10 for Museum members and $12 for non-members.

The Portland Art Museum is located at 1119 SW Park Ave and the reception will be held in the Kridel Grand Ballroom beginning at 6:00pm. Art and Beer is generously sponsored by Widmer Brothers Brewing and both the Museum’s Young Patrons of the Portland Art Museum and the education committee. 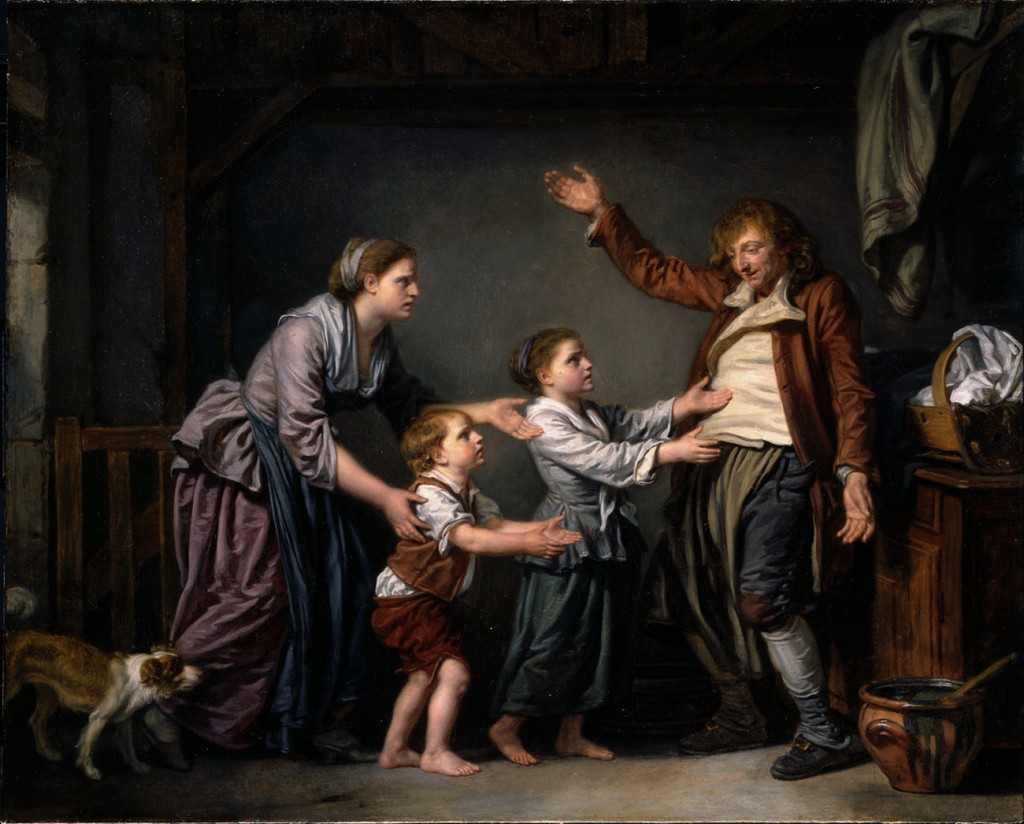 About the Painting
Jean-Baptiste Greuze’s The Drunken Cobbler, painted in the early 1780s, represents a departure from the idealized and aristocratic subject matter favored by the French Academy—of which he was a member. In this painting, Greuze references the adage that it is always the cobbler’s children who have no shoes, while warning the viewer of the dangers of overindulgence.

About the Portland Art Museum
The seventh oldest museum in the United States, the Portland Art Museum is internationally recognized for its permanent collection and ambitious special exhibitions drawn from the Museum’s holdings and the world’s finest public and private collections. The Museum’s collection of more than 50,000 objects, displayed in 112,000 square feet of galleries, reflects the history of art from ancient times to today. The collection is distinguished for its holdings of arts of the native peoples of North America, English silver, and the graphic arts. An active collecting institution dedicated to preserving great art for the enrichment of future generations, the Museum devotes 90 percent of its galleries to its permanent collection. The Museum’s campus of landmark buildings, a cornerstone of Portland’s cultural district, includes the Jubitz Center for Modern and Contemporary Art, the Gilkey Center for Graphic Arts, the Schnitzer Center for Northwest Art, the Northwest Film Center, and the Confederated Tribes of Grand Ronde Center for Native American Art. With a membership of more than 22,000 households and serving more than 350,000 visitors annually, the Museum is a premier venue for education in the visual arts. For information on exhibitions and programs, call 503-226-2811 or visit portlandartmuseum.org.

About Eric Steen
Steen is an artist, event planner, and award-winning teacher. His work includes themes of place-based and interdisciplinary learning, outdoor education, food, and beverage. Eric is the founder of Beers Made by Walking and Focus on the Beer. He has worked with breweries across the country on innovative beer programming. He has built events for Performa, Food Bank Fair (NY), Glasgow International Festival of Visual Art (UK), Denver Beer Week during the Great American Beer Festival (CO), Portland Art Museum, and PDX Beer Week (OR), Charlotte Street Foundation (MO), and more. He has been featured in NPR, OPB, Outside Magazine, Portland Outsider, Heritage Radio Network,Christian Science Monitor, All About Beer, and Draft Magazine. He can be contacted at ericsteen@gmail.com.