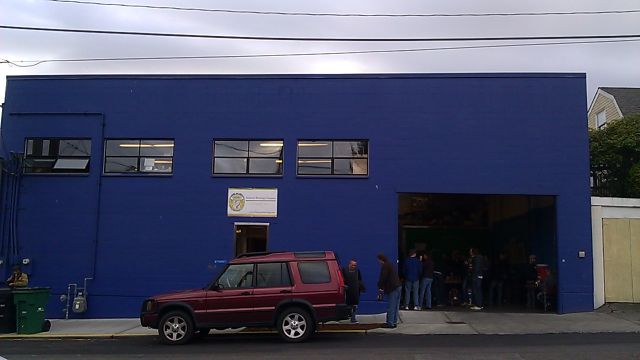 “Because beer matters” is the motto for Fremont Brewing, and after visiting their tasting room of this Seattle brewing it becomes apparent that beer matters a lot to the folks who work there. 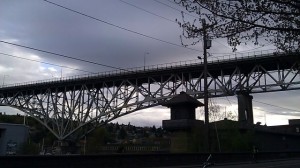 Having first sampled some of Fremont’s beer at the 2010 Seattle Beer Week’s Closing Ceremonies, I knew it was my obligation to visit the tasting room upon returning to Seattle. Located just a block off of Lake Union in the Fremont District, the brewery has a tasting room that is open Thursday through Sunday. This space is referred to by the brewery as the “Urban Beer Garden.” Tables are lined up in front of tanks, and picnic tables are lined up across from the bar. Upon entering, I could tell this was a popular spot for locals and beer geeks alike. It was standing room only and the beer queue must have been 15 people deep. Casey Gish was pouring beers. Besides serving up pints for beer thirsty patrons, Gish is also in charge of the Urban Beer Garden (UBG) at Fremont Brewing. Gish was once a professional brewer back east at  Coastal Brewing Company in Dover, DE.  Coastal was the parent company of Fordham Brewing and Old Dominion Brewing. In 2009 Gish moved to Seattle for graduate school. He is currently working on a M.S.E. in Environmental Engeering and hopes to someday use this education in the professional brewing world, ideally working to make brewing a cleaner and more efficient process. 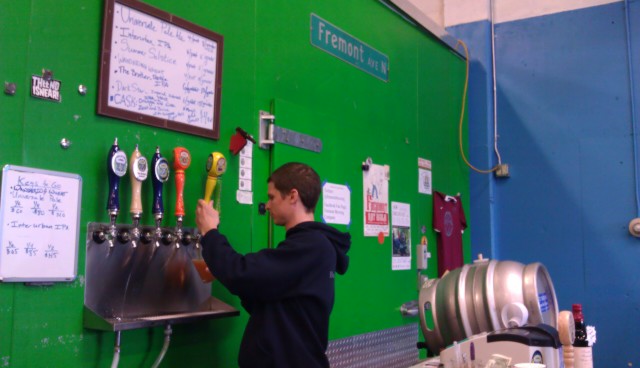 When he first moved to Seattle in 2009 and needing a job, Gish was fortunate enough to meet the folks from Fremont Brewing and the rest was history. 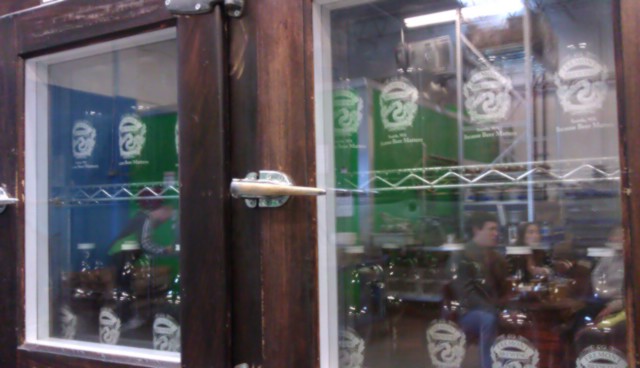 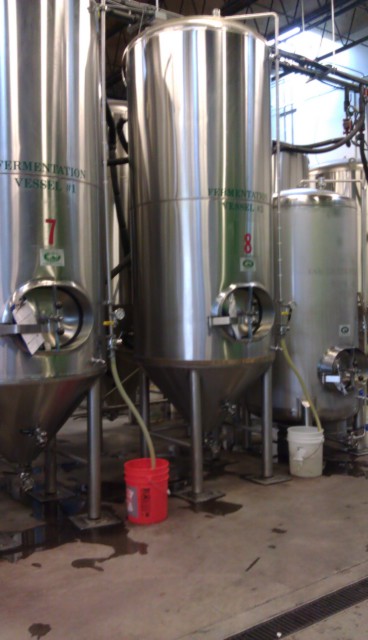 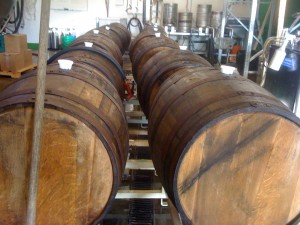 Fremont was founded in 2008 by Matt Lincecum and his wife Sara Nelson.  Operating a 15-barrel brewhouse, Fremont’s distribution includes whole sale kegs, growlers, on-site consumption at the UBG, and the recent addition of 22-ounce bombers!  Like Lincecum, everyone at Fremont has roots as a homebrewer who didn’t know when to say when. Each individual is extremely passionate about beer and producing a quality product in order to meet the high standards of Pacific Northwest beer drinkers.  Fremont has engineered their profile of beers to satisfy a wide spectrum of beer lovers.  The beers range from the light, bready, easy drinking Wandering Wheat to the rich, chocolaty, and roasty Dark Star 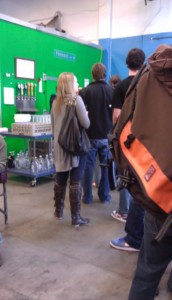 Imperial Stout; covering all bases in between with their single hop/single malt Summer Solstice, balanced session Universale Pale Ale, the Interurban IPA, and an aggressively hopped Double Brother IPA.
Along this solid line-up of core beers, Fremont prides itself on one of the state’s largest barrel aging programs.  This includes several whiskey barrel-aged and house sour beers.  Every winter they release the coveted bourbon barrel-aged Abominable Winter Ale.  This beer starts as a 7.5% ABV roasty winter warmer and spends one year in a fresh Heaven Hill distillery whiskey barrel.  Additionally, Fremont is building a stock of unique house sour beers.  Using barrels from a North West winery, they are aging a variety of sours including their Harvest Saison and aged pale ale.  Stay tuned for announcements of sour releases, these babies take time! 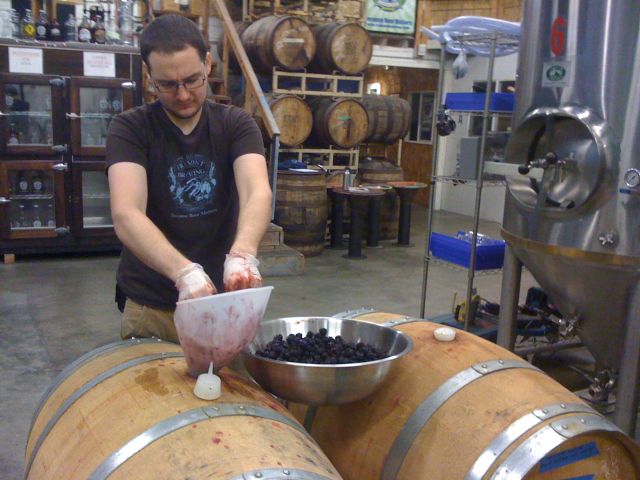 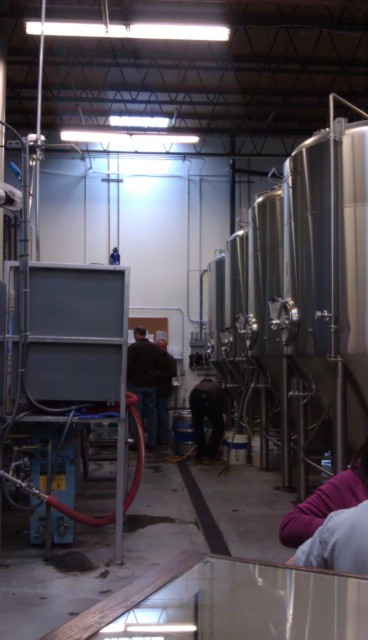 In addition to working the beer garden, Gish also undertakes the responsibility of putting together the cask beers at Fremont. A new cask is tapped every Thursday at the UBG – usually an offspring of the Interurban IPA or Brother Double IPA with some off-the-wall ingredients added. Gish states that Fremont has tried almost everything under the sun in their casks.  As with most things creative, sometimes what sounds like a nonsensical idea turns out to be a great creation.  In Gish’s notes: “Some of our best casks have included ingredients like citrus fruits, Thai basil and lemon grass, Kaffir lime leaf, Mustapha lemons, three different varieties of peppercorns, Harissa, rosemary, and even tropical fruit.  We have had great feed back from our customers and always love to hear new ideas.” 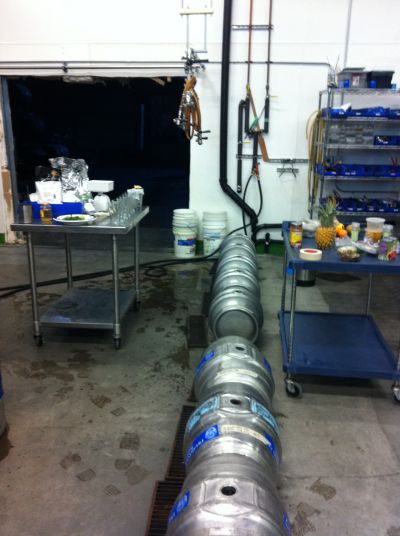 During Seattle Beer Week, Fremont Brewing will host “Cellar Night,” Thursday May 26.  The brewery will pull forth some oldies but goodies as well as debut a collaboration stout they made with Left Hand Brewing from Colorado. You can find additional information on Fremont Brewing’s website, and can stay up to date on many of their new beer releases/Fremont brew news through their Twitter account. 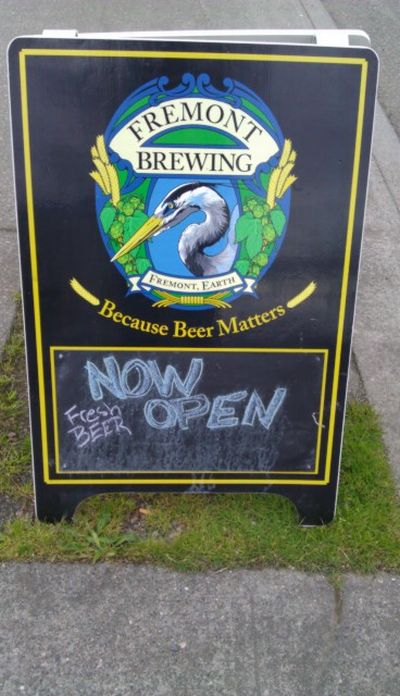