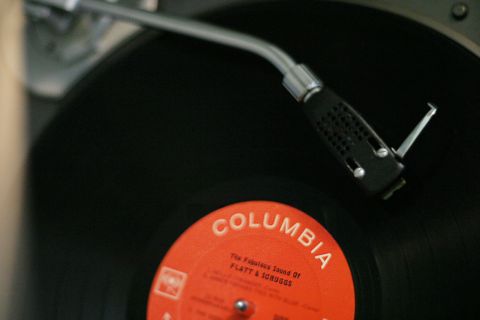 Beer and music. Life essentials. Sure pairing food and beer (especially cheese, chocolate, and dishes prepared with beer as an ingredient), is an obvious match made in heaven for many craft beer lovers. But what about two facets of life that together captivate our imagination and relate a form social expressionism unlike anything else. Beer and music. Seems each serves to enhance the aesthetic of its counterpart. In a new series, Brewpublicans divulge some of their favorite pairings that encompass not only our sense of taste, touch, smell, and sight, but that of sound. Beer aficionado Fred Eckhardt has long reminded us to “listen to our beer.” Still, as far as qualifiers in the beer evaluatory realm is concerned, sound of beer is not yet a universally scrutinized component. We are not in any capacity to disagree with one of the greatest beer minds of Beervana, just simply here to suggest a bit of  refuge for that fifth and often over-looked (or is it over-heard?) sense. Music even further transcends the physical sense of hearing in a manner that involves components of pitch (which governs melody and harmony), rhythm (and its associated concepts tempo, meter, and articulation), dynamics, and the sonic qualities of timbre and texture. Like beer, music is an art form open to elucidation, opinion, and  so often characterized by governing regional social norms. This is why we are letting people who share our passion for both designs write of some of their favorite music and beer pairings. In our first volume of Beer & Music, we welcome back jazz and craft beer enthusiast Matthew DiTullo. Matthew’s blog This Shape of Jazz pertains to the writer’s passion for different jazz albums, primarily those of the 1960s in the avant-garde genre. Matthew also touches on titles pertaining to bop, hard-bop, soul jazz and post bop as he find these to be equally as important. Growing up in New York has evidently shaped his passions as well.  -ADI

Where is Brooklyn?  Well, Brooklyn Brewery pumps out some of the best brews in the Northeast and their Black Chocolate Stout is fitting for this adventurous album by Don Cherry on Blue Note Records.  Recorded in 1966, we hear a piano-less quartet that’s similar to Ornette Coleman’s classic Quartet earlier in the decade but oh how different it is.  Pharoah Sanders’ more haunting, spiritual tone completely contrasts the melodic blues and boogie aesthetic of Coleman’s.   It’s a jarring album of collective improvisation and connectivity.  With Brooklyn’s Black Chocolate Stout we’re offered a robust, sweet, chocolaty brew.  Enjoy it slowly along Cherry’s slurring and vivacious cornet playing.  Black Chocolate Stout is thick yet has a smooth texture on the palate much like Ed Blackwell (drums) and Henry Grimes (bass) as they back up the two horn players. 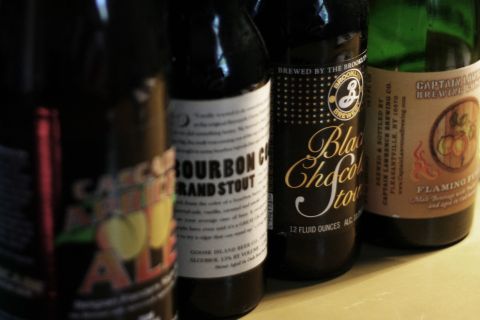 I absolutely love this album and I love this beer.  Flaming Fury is a highly sought after peach sour bottled by Captain Lawrence of Pleasantville, NY.  In this barrel-aged brew you get a lot of contrast of the earthy, peachy, plump flavors with the tart palate assaulting with sour yeast notes.  The contrast is welcomed and fantastic.  That’s why I chose to match it with this recording.  With the likes of Sam Rivers (reeds, flute), Anthony Braxton (reeds, flute), and Barry Altschul (drums, percussion) joining Holland (bass), individual styling pulls in every sporadic direction, but they always seem to coalesce together to form a sublime happening. 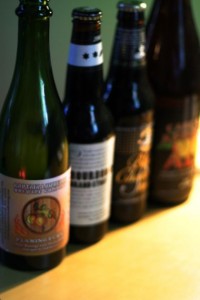 I wanted to talk about Anderson and honor him since his passing on June 24 at the age of 81.  I have chosen Goose Island Bourbon County Stout because both the brewery and Anderson come from the Chicago scene.  And Bourbon County Stout is one of the best beers I’ve ever had from Chicago.  It’s lush, boozy and vibrantly sweet with notes of vanilla, oak, and cocoa while supporting roasted, burnt-like malts.  Not unlike Staying in the Game, it dances around your mind forcing you to give every bit of detail and attention to the experience.  Recorded less than two years ago, this album proves that beauty comes with age.  So throw a few bottles of BCS in the cellar and enjoy years from now along with this session date.

Art Blakey & The Jazz Messengers, At the Jazz Corner of the World Vol. 1 & 2 / Cascade Apricot Ale

Just as the mid 20th century New York Jazz scene was the Jazz corner of the world, present day Portland could be considered the beer corner of the world.  This pair of volumes was probably obtained within my first dozen Jazz vinyl LPs collected.  It’s a hip, hard bop sound, resonating from the legendary Birdland on the West 52nd Street scene.  Likewise no other brewery in Portland does more than Ron Gansberg’s elaborate sours from Cascade Brewing.  With numerous awards and recognitions from brews like Apricot Ale, Bourbonic Plague, and Vlad the Impaler, I’m proud to share city limits with this brewery. 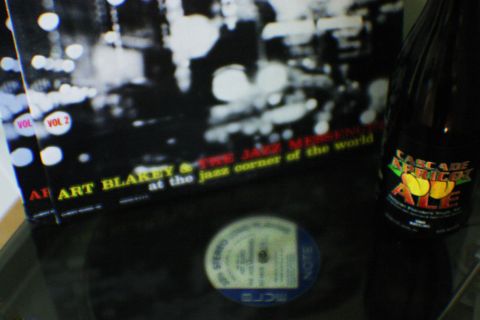 I hope I wasn’t expected to do all Jazz albums.  My second love to Jazz music is Bluegrass.  I’ve even been known to pick a few notes on the ol’ five string. This 1961 Columbia recording is responsible for many of the skills I’ve learned.  The classic unmistakable licks of Earl Scruggs backed by Lester Flatt and the Foggy Mountain Boys has hard driving chops we’ve known to love in Bluegrass.  What else is there to pair than the appropriately titled Bluegrass Brewing American Pale Ale.  The two great all-American genres would be Jazz and Bluegrass and you can’t have either of them without America.  Both rooted in the blues they take advantage of the African influenced down beat so it’s natural for me to harmonize with both genres.  Now back to the beer — the American Pale Ale is a balanced, forwardly hopped brew that’s delicious and thirst quenching for chugging along while having string band practice on the front porch.