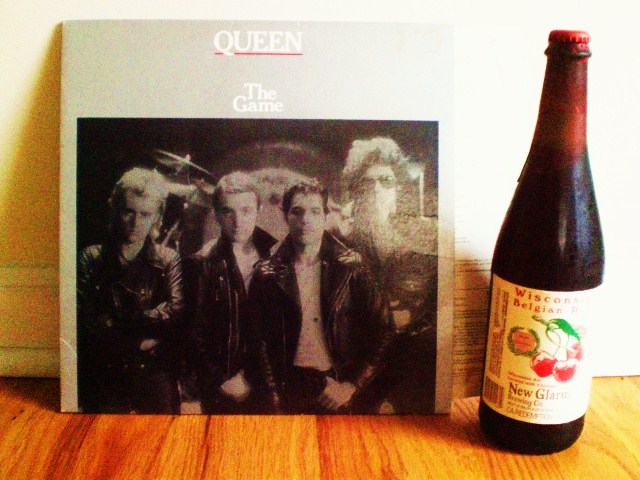 When people ask me what my favorite musical genre or artist is, I feel compelled to offer up the same response I would if asked what my favorite beer or beer style might be. “It’s usually the one I’m enjoying at the moment” I’ll say. Both art forms illustrate an expanse of imaginative opportunity, yet rely on a level of technical aptitude. Continuing on with our series involving the arguably the best pairing on earth, I offered up a few beer and music pairings that strike me as favorites of late.

Fol Chen – In Ruins Los Angeles blip-pop sextet Fol Chen offer a variety of electro noise and indie-pop harmonizing elements on their latest release Part II: The New December, a beautiful modern day, almost post apocalyptic LP that ranges various genres. With definitive pop and R&B grooves, this album, I feel is defined by In Ruins, a simultaneously brash yet eloquent get-down. Vocalist Melissa Thorne teeters on mainstream pop vocalization, but the entirety of the concept shows the post noise industrial tweakings of Fischerspooner or even Schneider TM. The result is a killer crossover album that dips in and out of any realm that might serve to pigeon hole them. For this song, pair with the aptly named Stone Ruination, a big imperial IPA yet sticky piny and resinous hops bolstered by an assertively rich malt underpinning. “You look good by siren light/Tell me baby what you’re doin’.”

Mantler – Fresh and Fair Mantler is Chris Cummings, a one-man electric Wurlitzer piano machine. Cummings puts forth catchy lounge indie-pop numbers with Marvin Gaye and Genesis influence. Cummings, a student of classical piano, sites a number of influences dating between 1965 and 1982, and his infectious sounds are reminiscent of my mom’s favorite eight tracks and cassette tapes growing up. Sad and introverted yet with the ability to get my toe tapping, Mantler’s downtempo banger Fresh and Fair really makes me happy. I recommend enjoying this song with Upright Brewing’s Fresh Hop of Bel Air, a modern take on the typical Northwest fresh hop genre that alludes to the grand old 80 and 90s.

Queen – Killer Queen Is there anyone who really detests hearing this song at the pub? Maybe so. I’ve come to understand that there are folks who like and dislike about anything conceivable. But, here’s a song so definitive of Queen’s jovial and passionate nature, and yes, even has “Queen” in the name. Vocalist Freddie Mercury’s flamboyant presence and uncanny charismatic showmanship was something the band could never have reached such a level of success without, but the same could probably be said of lead guitarist Brian May. In fact, the whole outfit lasted as a united four-piece until Mercury’s death in the early 90s. He is sorely missed. For beer lovers, a complement to such a fun-lovin’ and rockin’ tune deserves a great beer that, like Queen, has withstood the test of time; something that is truly, still to this day, killer. This is why I choose Sierra Nevada Celebration. With Queen, there were moments of drama and melancholy, but after it was all said and done, the music has always been an uplifting celebration of life and rock n’ roll.

Binary Star – Subterraneous This song reminds me of one of my best friends Jay (past Brewpublic contributor and world traveler). Jay is a hip-hop geek with an affinity towards the backpacker conscious genre, as opposed to topics of gun play, womanizing, and love for material items. Michigan’s Binary Star, an alternative hip hop group consisting of One Be Lo and Senim Silla who met while incarcerated. Subterraneous is a cut from the Water World II album, the second release of the two also referred to as the Trackezoids.  “Subterraneous ” is a song that exhibits our need for more positivity and less bullshit in the mainstream culture. And with love for the Midwest, why not pair it with a beer that would be an appropriate counter part like Goose Island IPA. Jay and I used to grab sixers of this beer when it was readily available around town. A medium-dry finish with a bold and piquant hip hops bite.

Hot Chip – Boy From School  Okay, so now you probably realize that I do like electro-pop some. London, England’s Hot Chip formed in 2000 and have been a favorite of mine ever since. Relaxed hooky beats define the band with a tinge of both disco and Devo. Being a big fan of Kings of Convenience and Erlend Øye, I find the songs of Hot Chip right in the same vein. “Boy From School” is featured on Hot Chip’s 2006 release The Warning and was one of two singles from this album to make the UK’s top 40 chart. There’s really nothing mindblowing about this song, but it is a song, much like that of the aforementioned Mantler, that I could easily listen to day in and day out without getting tired of it. This is why I am choosing to pair it with MacTarnahan’s Amber, a beer that I could easily drink every day for the rest of my life without tiring of it. When this song is playing and this beer is pouring, I feel like everything in life is in perfect order.