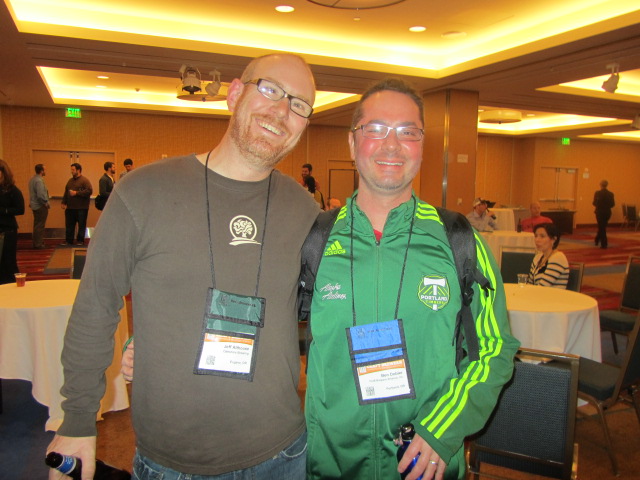 There’s been so much going on around the Pacific Northwest of late that we figured it best to include it all in one post.

First off, according to the U.S. National Atlas and Cartography Department, a new bill has been set into motion by Abram Goldman-Armstrong to officially change the name of the region including Oregon, Washington, and parts of Idaho, Nevada, British Columbia, and California to “Cascadia.” However, after some thought, Goldman-Armstrong decided it best to not negotiate with the United States and is currently in the process of organizing a full-on secession. According to one source, his main campaign sponsor is Hopworks Urban Brewers. However, Abe says he’s a bit torn on accepting funding from a company who once referred to the CDA as “Black IPA.” We’ll see how this one pans out…

In Eugene, the brewing community is planning their first ever Eugene Beer Week, scheduled for May 2-8, 2011. Inspired by relatively new beer weeks in places like San Francisco and Seattle, the city of Estacada, Oregon has also begun organizing a beer week of their own. This is slated to happen on April 31, 2011 at Fearless Brewing. The brewery will also be accepting applications at this time. 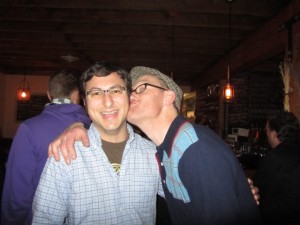 There’s been a lot of talk lately about the recent Anheuser-Busch InBev buyout of Goose Island Beer Company in Chicago. Last night we discovered that Upright Brewing company is negotiating a sale to Craft Brewers Alliance. A spokeswoman for CBA said that Upright’s location would be a perfect liaison between their current brewing headquarters and their small Rose Quarter facility.If the deal gose through, the new company Widright will name former Rock Bottom brewmaster Van Havig as brewmaster and part time attendant at a new tasting room kissing booth.

Upright’s recent Four Play release stirred up some talk on the blogosphere for the racy depiction of a scantily clad woman on the label. To celebrate the dramatic response to the highly sought-after beer, artist Ezra Johnson-Greenough and kilnmeister Chester Bubar have developed a limited edition ceramic stein glass for the beer. These steins are limited to 15 and go on sale today at 5PM at Upright.On a side note, Upright will be holding auditions for nude models for the next Four Play release at their tasting room on April 31, 2011. Women only. 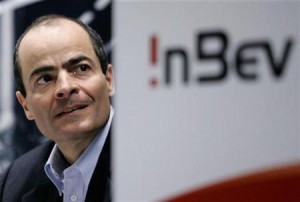 Also related to A-B InBev/Goose Island deal, A-B InBev CEO Carlos Brito announced that the he will treat his staff to a special dinner prepared by Sean Paxton. The seven course feast will include Foie Gras, Gooseberry glazed Goose flanks, and will be highlighted by five large cooked birds served on the table in “V” formation; to be served using a Bourbon County marinade from the last remaining bottles. Brito noted “This is symbolic on so many levels.” Former GI Brewmaster Greg Hall’s invitation was revoked for the dinner and given to former Deschutes/Pyramid brewer Brett Porter. Looks like his goose really has been cooked. 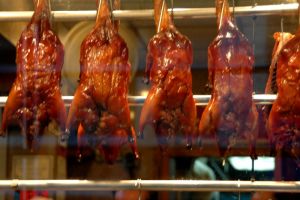 Incredibly, there’s more on Goose Island in today’s news. New brewmaster Brett Porter received two cease and desist orders from two different breweries today. Odell Brewing of Fort Collins, Colorado issued the first stating that the brewers name is in direct violation of their patented dark ale spiked with Brettanomyces of the same name. The second c+d came from Rogue President Brett Joyce, who said in a Rogue newsletter “There’s only one Brett and you’re lookin’ at him.” Accoridng to one Newport publication, Rogue is suing for $1.2 million hopoes. Portland Mayor Sam Adams thought the whole ordeal was “redonkulous.”

And, if you haven’t had the chance to try this year’s Russian River Pliny the Younger, or if you simply want to get your hands on more, today is probably your last chance. The husband-wife distributor-bar owner team at Columbia Distributing and County Cork have agreed to release a final sixth barrel to a lesser known bar. Scooter McQuade’s pub at SW 13th and Washington will be tapping the keg at 4:20PM today. Each glass of Pliny comes with a complementary jello shot chaser. All proceeds will go to Captured By Porches. 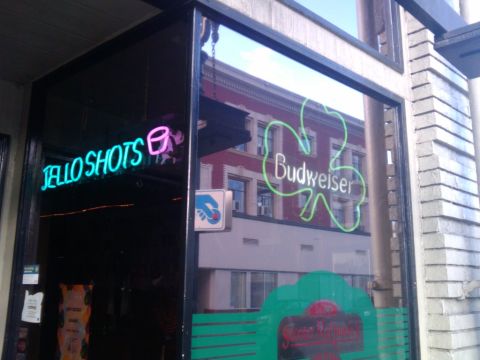 Today marks the last day before a board hears Double Mountain’s plead to open a new casino in nearby Cascade Locks, Oregon. The Columbia Gorge brewery founded in 2007 has been eying a prime piece of land just beneath the Bridge of the Gods. DM co-founder Charlie Devereux claims he is a descendant of the Multomah Indians and has ambitions to run tax-free beer out of the casino’s projected 500-barrel system. “Charlie and I were another Hood River brewery’s bitches for years” said DM Brewmaster Matt Swihart in a phone interview, “Now we’ll see who the bitchez is.” Good luck guys!

Alright that’s all we have for now. Have a happy April!