Next week, the North American Organic Brewers Festival (NAOBF) returns for a seventh year, and again will be hosted at one of Portland’s finest outdoor venues, Overlook Park. The June 24-26 festival looks to serve up 50 different beers and ciders from across the continent.

Here’s a list of some beers to look for at this year’s NAOBF:
Alpenfire Pirate’s Plank Bone/Dry Cider: Looking for a nice dry cider at the fest, Port Townsend’s Alpenfire, Washington’s only certified all-organic cidery, has one for you. Pirate’s Plank is a brash and tannin-heavy 6.9% ABV. Beware or you will find yourself planked by this unapologetic cider made with Kingston Black, Wilberie, Dabinett, Yarlington Mill, and Granny Smith apples. Voted by the readers of Northwest Brewing News at 2010’s best cider.

American Brewing Co. Pale Ale: If you’re like most Oregonians, you haven’t had the chance to try the beers from Edmunds, Washington (not Breakside’s Ben Edmunds). This here is a straight ahead American Pale Ale with Munich, Two-row, and Crystal malts and features the much used of late high alpha Citra hop. Later dry-hopped in the fermentor, this pale clocks in at 50 IBU and with an ABV of 5%. If it doesn’t rain, this beer should be a crowd favorite.
Beetje Tonic 42: Looks like you’re going to be hearing and tasting a lot more from Southeast Portland’s Beetje Brewing. Brewer-founder Mike Wright is expanding his garage nano into a 7-barrel brewery down by Ladd’s Addition. Described as “a refreshing rustic saison,” Tonic 42 offers a quenching simple malt bill with a generous dose of hops (42 IBU). You may never see this brew again, so give it a whirl. 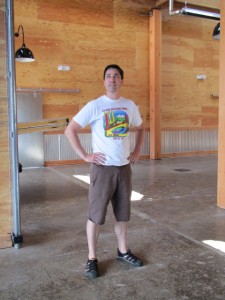 Elliott Bay Black Ops CDA: Another brewery that Oregonians don’t get their palates around very often is Elliott Bay of Seattle. This Cascadian Dark Ale known as Black Ops is one of the first in the Pacific Northwest, ur…Cascadia. However, this CDA is considerably unique when compared to many others on the market today. The malt bill is similar to that of a German Schwarzbier with a massive hop flavor from double dry-hopping, both in the fermentor and the conditioning tank. Look for Elliott Bay’s Demolition American Strong Pale Ale at the fest, too!
Fort George Spruce Budd Ale: This love-it-or-hate-it brew (we happen to love it) gets mad point for uniqueness. Returning again to the NAOBF, Spruce Budd highlights a wallop of Clatsop County handpicked spruce tips (35 pounds per batch). With a light Pilsner malt spine, this sub-5% refresher is like a tree in a cup, with some nice light citrus hints as well. And, it’s 100% organic! 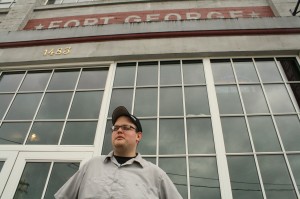 Laht Neppur Peach Hefeweizen: Laht Neppur founder-brewer Court Ruppenthal is one of the region’s most imaginative brewers, for sure. Also a wine and port maker, Court loves to reinvent the wheel when it comes to craft beer. Hailing from Eastern Washington’s Walla Walla Valley, Laht Neppur is bringing this American-style unfilter wheaten ale seasoned with pureed peaches as well as another tantalizing light brew, the Strawberry Cream Ale. 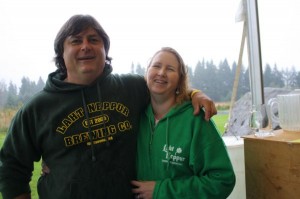 Lodgson Farmhouse Seizoen Bretta: From Hood River cometh this new brewery lead by a well-known brewer, David Logsdon, known for his brewmastery at Full Sail in the early days, as well as founding Wyeast Laboratories. Logsdon and brewer Charles Porter deliver a bold and complex farmhouse ale spiked with funky Brettanomyces yeast. At 8% ABV, you will want to sip and savor this beer, making its first draught appearance in Portland. 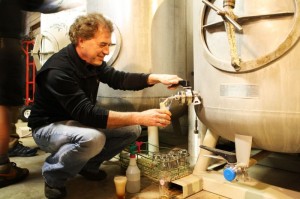 Lucky Labrador Rose City Red: Light hopped with Fuggles, Summit, and Amarillo hops, this amber bodied brew is a perfect summer session beer. Lucky Lab’s No Pity Pale should also be a familiar and popular choice for days in the sun. 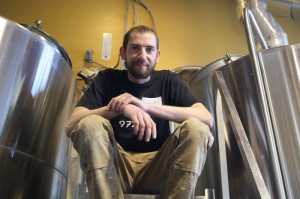 Natian CoDA: A big hoppy dark beast is this Cascadian Dark Ale from Portlandia nanobrewery Natian. Big dark and hella hopped. What else you need to know? Oh, yeah, it’s 7.4% ABV, too. 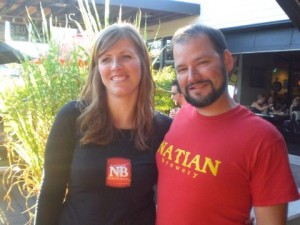 Oakshire Organic Subtext: From the humblest brewers in the world comes some sustainable love. Oakshire’s Pacific Northwest Red is not to be found everyday (nor is their other offering at the fest, a Belgian-style Tripel “Bottom Line”). A robust and citrusy (that’s how we like it here!) red that, like their Tripel, is 100% certified organic. 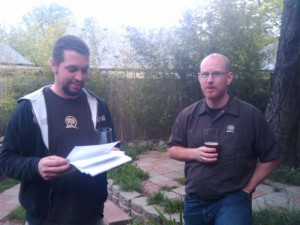 Rock Bottom Vandeventor: What the hell is a Redmond-style Cascadian Dark Ale? Find out with Rock Bottom’s Vandeventor CDA at this year’s NAOBF (not as big as the OBF, which is not as big as the GABF, but we digress…). Described as “hoppy, full-bodies, and dark as Satan’s Heart. Wow! Is there something they’re not telling us?! 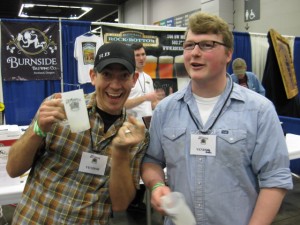 Upright Reggae Junkie Gruit: It’s back once again. Upright’s hopless wonder, Reggae Junkie Gruit, named for – believe it or not – a Ween song (well, at least it wasn’t named after a Zappa song). This herbaceous brew features an array of unique herbs and botanicals such as hyssop, lemongrass, Sischuan peppercorns, and bitter orange peel. This unique blend gives the brew enough bitterness to balance a 5.4% ABV malt spine. IBU = 0. 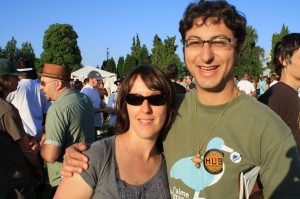 Widmer Crunchy Dude: This is the beer we are most excited to drink at this year’s NAOBF. The name alone is a selling point, but the brew sounds quite tantalizing. Crunchy Dude is a pale ale made with oats and 25 pounds of organic granola consisting of raisins, dates, sunflower seeds, and hazelnuts. Organic Palisade hops add depth to aroma and bittering character. 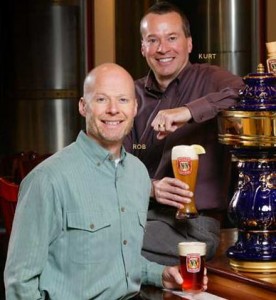 In addition to the brews, NAOBF will also feature live music, organic food, sustainability-oriented vendors and non-profits, a root beer garden with complimentary Crater Lake Root Beer for minors and designated drivers, and a children’s area with crafts and face painting.

According to organizers, “The festival goes beyond beer tasting by striving to be the most earth-friendly beer festival in North America. Festival attendees sample beer from reusable and compostable cornstarch glasses made from domestically grown corn by a zero-waste, solar-powered company. Onsite composting and recycling stations are provided for festival waste, and food vendors are required to use compostable cutlery and plates. Electricity needs are met with a combination of biodiesel and solar generators. Volunteers wear organic cotton, bamboo and hemp t-shirts, and all event signage is reusable.” 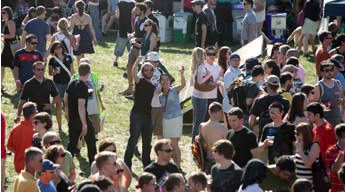 The NAOBF is a family friendly event, and minors are welcome with parents. The festival benefits the Leukemia Lymphoma Society and the Oregon Food Bank.