Bellingham Beer Week returns for its 3rd year taking place from Friday, September 12th through Sunday, September 21st. The beer scene is growing quite steadily with some very solid recent openings in the Northwestern Washington city of Bellingham making it a craft beer destination just south of the Canadian border.

All five Bellingham craft breweries including Chuckanut, Boundary Bay, Kulshan, Aslan, and Wander along with many regional breweries, numerous beer bars, beer stores, restaurants, and other businesses will be hosting beer-related events throughout the city for this 10 day beer week.

The mission of Bellingham Beer Week is to celebrate and promote craft beer in Bellingham and beyond, and to recognize their local craft beer producers, retailers, distributors, and consumers who positively impact the local community in so many ways. With the recent news of Kulshan Brewing expanding to a second location in early 2015, this support and growth is even more evident. Bellingham Beer Week is a not-for-profit, collaborative effort run by passionate members of the local beer community. 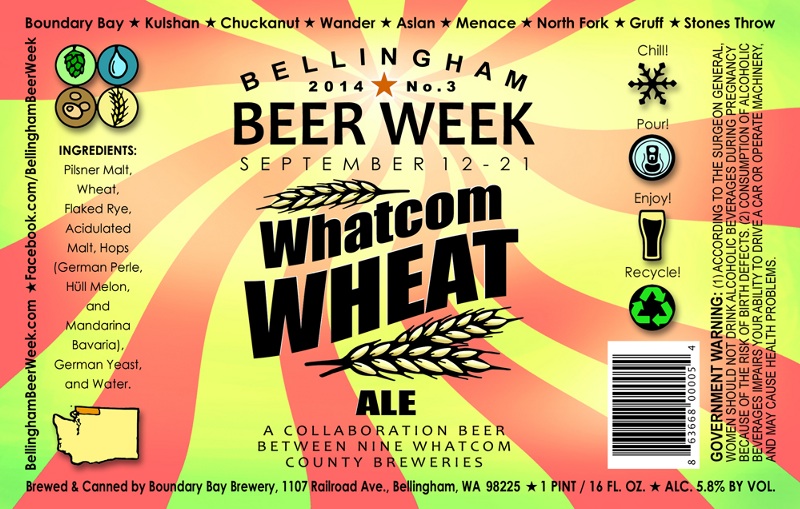 To make this beer week even more special, all nine local brewers of Whatcom County teamed up to make a brand new collaboration beer, Whatcom Wheat Ale. During Bellingham Beer Week, Whatcom Wheat Ale will be available in cans, as well as on tap at various locations.

Here is a list of events for Bellingham Beer Week.