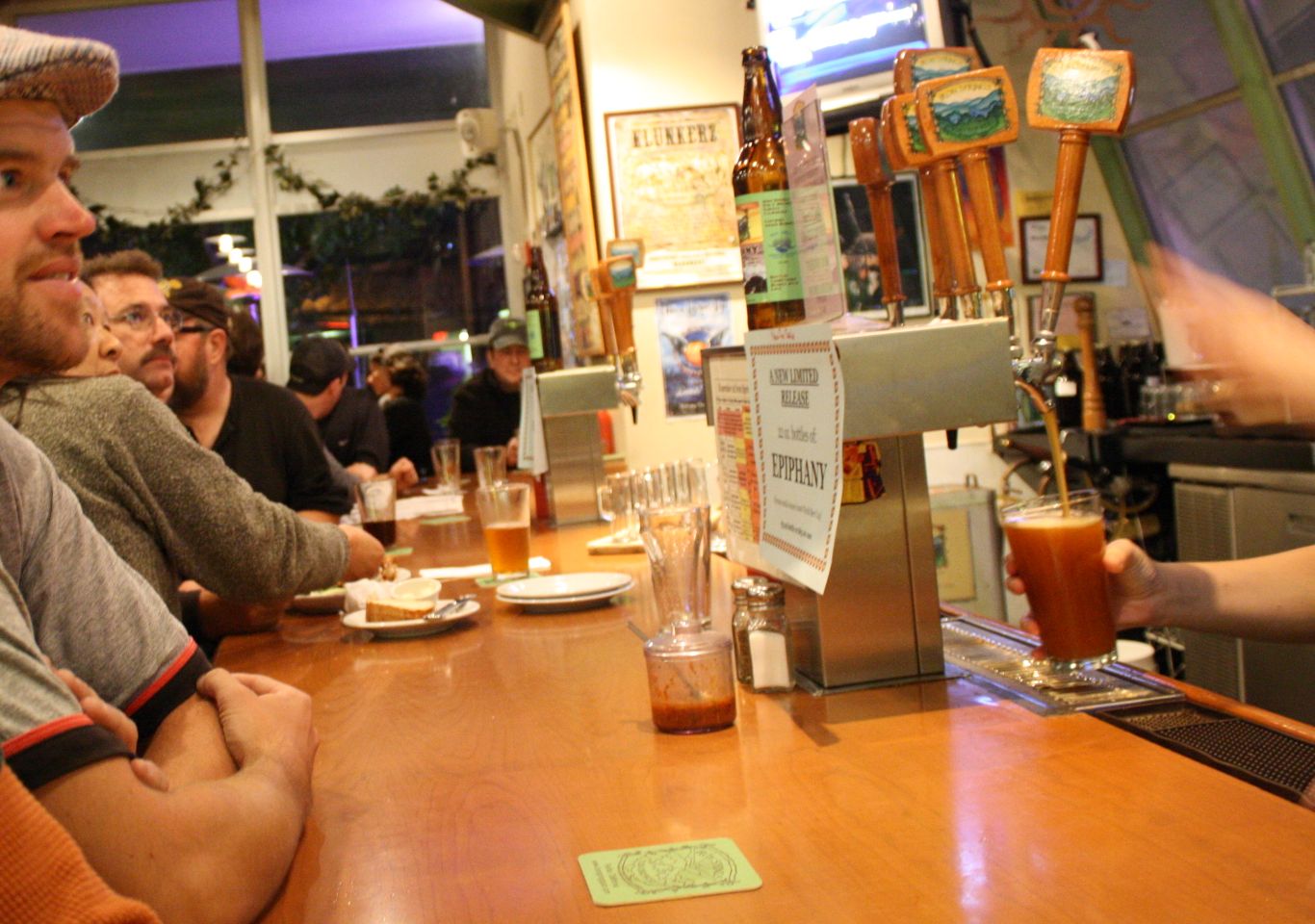 Right Now you can get yourself an honest pint here in Portland, Oregon (yes it’s true!).  I would like to present you with examples of how the Rose City here rules for beer…

Moylan’s Hopsickle on tap.  When was the last time you remember seeing this beer on tap in Portland?  Ever?  Hmmm.  If you haven’t quaffed this monster, you are seriously not partaking.  Hopsickle is one of the ultimate and most satiating triple IPAs of all time.  Holy Damn! This beer is freaking delicious.

20 ounce pours of Pranqster.  North Coast is right up there with Sierra Nevada and Deschutes as one of the cleanest, meanest pours around the PNW.  This beer at Bailey’s Taproom as a 20 ounce Victorian pour is replete with nojokeability.  Crisp NW jumpin’ hops coupled with a solid maltese spin makes for one of the best brews to cross (not cross) your tongue.

Upright Brewing is getting their brew system installed.  Ok.  I gotta give props and credit to Monsieur Alex Ganum who has been making some phat-ass beers at Upright starting this week.  You see, the upcoming Upright is beginning very soon thanks to a new brew system that is arriving this week and allowing for a great new beer experience.  No hype allowed! 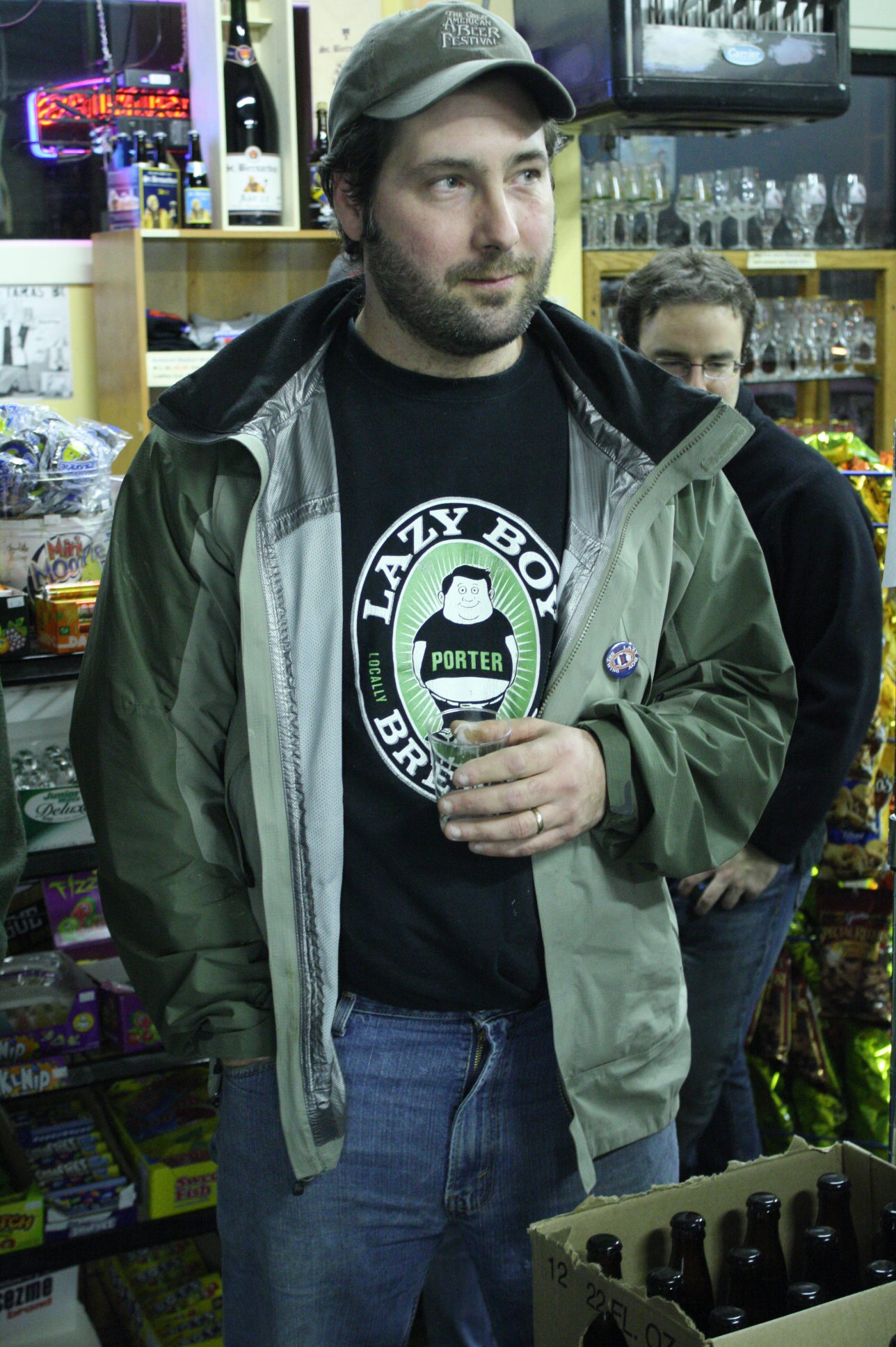 San Francisco Beer Week.  How are you going to spend your St. Valentines day? If you observe the Brewpublic calendar listings for Feb. 14, you will notice that there is a buttload of stuff going on.  All over the NW there is a draw to fun beer events.  The weeklong events at Toronado as well as the Freak Fest at Lagunitas is enough to bolt south for fun fun fun!  The Barleywine Fest on Haight Street in SF will be wild (check our calendar, yo!).

Zwicklemania and Valentines Day: Are you kidding me?  There’s always a reason to love this area for beer.  Hasn’t ever slowed down in intensity since the late 80s.  Now with the pretty much statewide accessibility of breweries in Oregon, we are now afforded the vineyard-esque views of excellent zymurgylogical access to our notable libations.   Go to Lucky Lab, Hair of the Dog, or Steinbarts for the quaffing of dangerously delicious brews.

Mustards. Okay. I will admit it.  And you must, too.  There are so many great beer mustards out there from the Sierra Nevada brand to the spicy Beaver brand.  What’s a good brat without a tasty spread of mustard condiment or the flavor over a chompin’ pretzel or bitchin’ dog.   Beer mustards and hot sauces really improve the perception of life here on earth.

Ok, well, we’ve gotten deep enough in this post  Maybe it is the great times we always experience with great beer daily or the hope of sun shining soon enough.  Either way, here’s a toast to you loving each day as  a real beervangelist!