Many beer geeks may have heard about a Jeroboam, but what about a Methuselah or a  Salmanazar? 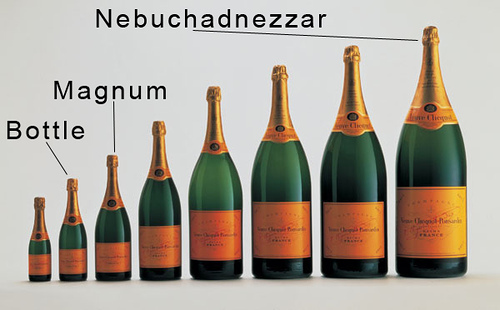 Anyone who knows Preston Weesner knows the guy is seriously geeked about craft beer. When he’s not organizing and orchestrating fanatical beer festivals (Holiday Ale Fest, Portland International Beer Fest), he’s usually thinking about, talking about, and promoting great beer. Now, Mr. Weesner has teamed up with the beerophiles over at Saraveza to coordinate a unique and intimate tasting of world class beers from big ol’ bottles. This sort of  event is unlike anything many beer geeks have experienced before.

Thirty lucky citizens of Beervana will get a rare and limited opportunity to try a variety of big bottle vintage beers Tuesday, February 9th at 6:30 pm at Saraveza (1004 N. Killingsworth Street). This special affair will feature seven expensive and rare vintage large format bottles as the centerpiece of an evening of vintage beer tasting, beer and food pairing, and education about the beers and the changes they undergo in their mammoth bottles.

With names like Jeroboam, Methuselah and Salmanazar, these three, six and nine liter bottles hold precious cargo from Europe and Canada that has undergone careful cellaring for several years, allowing the beers to mellow and the flavors to blend to reveal subtle nuances that transform these beers into true works of art. 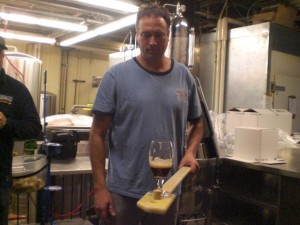