With the rain in the forecast over the next five days in our pocket of the Pacific Northwest, there’s nothing better than sitting indoors and sipping on some big, bold, dark beers. Kicking off on Saturday, February 7, Belmont Station will usher in 5 consecutive days of Bigger, Badder, Blacker.

Here is a teaser of some highlights of the beers that will be pouring over the course of the next 5 days. 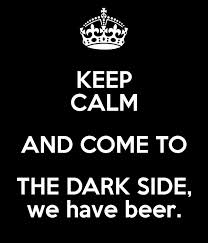 Kick The Kegs Day
Wednesday, Feb. 11
Help finish off some of those kegs!

Throughout Bigger, Badder, Blacker there will be selections pouring from Epic, The Commons, Georgetown, Block 15 and many more. To top all of this off The Station will tap a pin of Dansk Mjød Viking Blod mead that will pour on top of the bar during Bigger Badder Blacker. But don’t wait too long as this pin will not last very long!