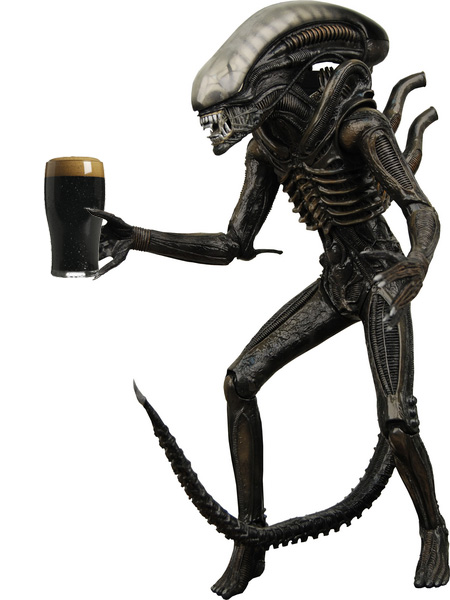 As of this past Monday, Belmont Station‘s Bigger, Badder, Blacker Beer Week has been in full effect. Perfect for the throes of winter, now there’s no need to feel let down after the end of your big New Years celebration. The Belmont boys and girls are bringing out barrels of big bold brews to blow you away. Each day a new treat hits the rotation and by the end of it all on Friday, count on a mind and liver-bending experience like no other. Beers such as Deschutes The Abyss and Black Butte XXI Imperial Porter, Alameda Imperial Stout, Great Divide Chocolate Yeti, Sierra Nevada Life & Limb, Alaskan Baltic Porter, Wednesday Full Sail Black Gold, Widmer Cherry Doppelbock, He’brew Jewbelation 13, Beer Valley Fresh Hop Black Flag, Oskar Blues Ten Fidy, Firestone Walker Velvet Mirkin, and Rogue Mogul Madness will be there for your much needed beatdown.

As a special treat, it has just been announced that Double Mountain will be unveiling their first Imperial Stout in the Portland market.

Known around the Columbia Gorge as “a badass Imperial Stout“, Imperial Chaos is the first Double Mountain brew by Kyle Larsen. A good friend of Brewpublic, Kyle formerly brewed at Full Sail, and was a keg slinger at Belmont Station.

Larsen, the beer’s architect and brewer, incorporated a blend of dark malts including chocolate, Carafa, Special B and roasted barley to  deliver a frontier of  complexity in both aroma and flavor. Bumped with light and dark Candi sugar, and buoyed by plenty of bittering hops, this is one of the most anticipated behemoths of the new year.

Double Mountain co-founder Charlie Devereux and Kyle and will be at the Station around 5:30 on Thursday to raise a glass with all the fine folks at Belmont Station. See you there!