This Saturday, December 21st will mark the release of Breakside’s 100th beer of 2013. This 100th release will be Safe Word Triple IPA and will be available on draft only. Beginning at 10am and lasting until 8pm at Breakside’s Milwaukie Brewery patrons will be able to get this tasty triple IPA along with three special barrel-aged bottle releases. The holiday limited-edition bottle release will be Aquavit Barrel-Aged Braggot, Bourbon Woody, and Beaujolais avec Brett.

In addition to this holiday limited-edition bottle release Breakside’s Milwaukie Brewery will offer the debut of some of their latest beers on draft including the previously mentioned Safe Word Triple IPA, plus Hop Burst IPA, Saison à Fleurs and Noble Belgian Blonde. 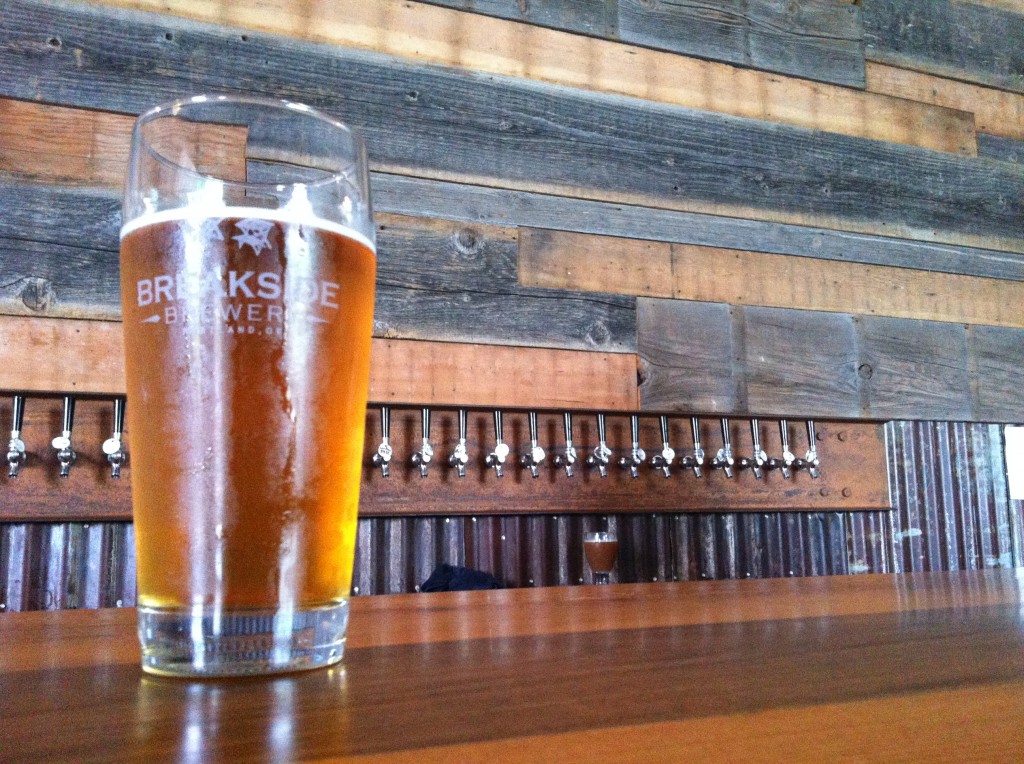 This past weekend we were able to sample the three upcoming bottle releases along with the Safe Word Triple IPA. The two that were enjoyed the most were the Bourbon Woody along with the Safe Word Triple IPA. Bourbon Woody offered ups the right amount of subtle bourbon character without the warmth you can sometimes expect with a freshly barrel-aged beer. The sample of Safe Word that was served was un-carbonated but the hops still slapped you across your mouth. This is definitely a beer to seek out on Saturday for all you hopheads out there.

Here is more detailed information on their new Safe Word Triple IPA. Breakside’s Ben Edmunds and Jacob Leonard deicded that there was only one beer that the could serve up as their final release in 2013. This beer would have to be a hoppy behemoth that uses over 7 pounds of hops per barrel of beer, got two separate dry hop additions, and then clocks in at over 11% ABV. As Breakside states, “This triple IPA is not for vanilla types. you need to have a deeply masochistic streak to desire this much hoppiness in your beer. it is a bruising, tongue-scraping, aggressive beer with more punch than anything we’ve ever made. we’ve found pleasure through pain; we hope you do too.”

With 2013 almost behind us, the coming year looks to be an exciting one for Breakside Brewery with a lot of new beers set for release. In May Breakside will be teaming up with Oakshire Brewing for a collaboration that will be draft only. You can take a peek at their tentative release schedule below. 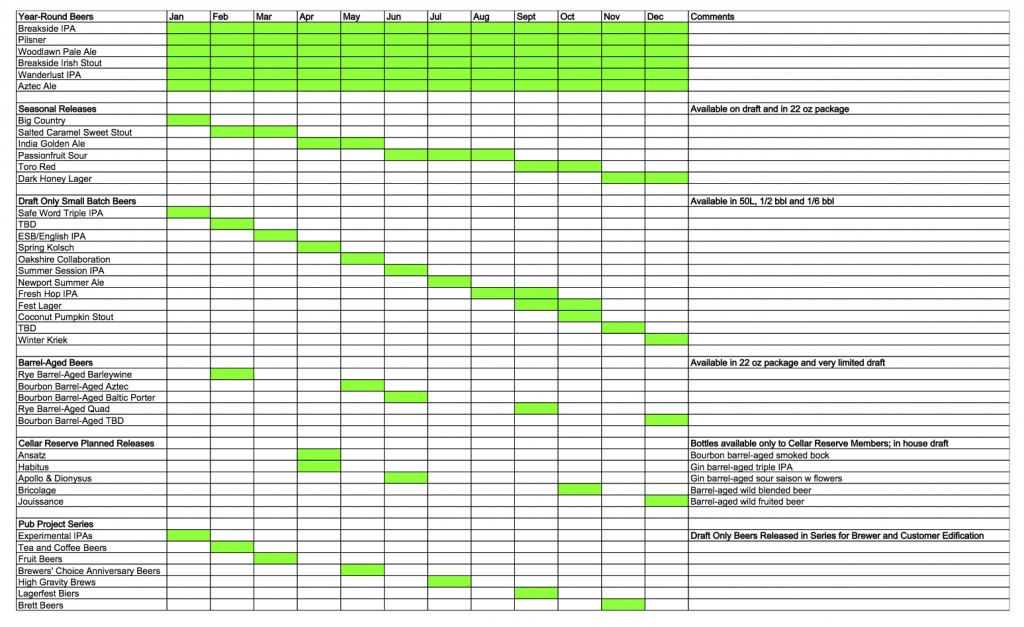 And if this was not enough to delve into on Saturday, Breakside will begin to offer up spots in their new Cellar Reserve Club. So Breakside now joins the list of select breweries that are attempting to take beer to the next level of exclusivity. The amount of breweries offering a program similar Breakside’s continues to grow. A few of the more nationally known breweries offering private memberships includes The Bruery’s two membership programs Reserve Society & Preservation Society along with Crooked Stave’s new Cellar Reserve membership. A few more local brewers also have entered this realm of marketing such as The Ale Apothecary’s Ale Club and De Garde Brewing’s Keepers membership.

Breakside’s inaugural Cellar Reserve Club will have an upfront cost of $200 and will be limited to 80 members. Registration will begin on Saturday, December 21st during their bottle release at their Milwaukie location with the first of 5 beers being available for pickup in May 2014.

Some of the “Perks” that members will receive include 2 Cellar Reserve exclusive stemware glasses, 2014 Cellar Reserve T-shirt, first right of refusal for next year’s membership, invitations to two Private Cellar Club release events in July and December ­and free entry to the 2014 Breakside Anniversary Party in May

The core of the membership will include 2 bottles each of 5 different Barrel­-aged beers. Cellar Reserve Member beers bottled for 2014 will only be sold through this program and will not be available at retail. The information that was given out on Friday from Breakside’s PR representative, Ezra Johnson-Greenough, the information that was emailed after the events states (2) 750 ml bottles per release. This is a huge discrepancy when you factor in the cost to be a “member” is not an insignificant amount of money. Either way, this is some higher priced beer. If you have additional questions, Ezra can be reached via email at ezra@breakside.com.

These barrel-aged beers all sound quite tempting, its just having to pay $200 up front for beers that have not been brewed seems to be a bit suspect from a consumer’s side. From the brewery’s standpoint its a huge financial win, if they are to sell all 80 memberships they’ll take in $16,000. This is an excellent way for a newer brewery to raise capital to purchase used, empty distilled spirit barrels. These empty barrels are not cheap.

The other challenge a brewery will face is being able to turn out a quality barrel-aged beer that lives up to this business model and pricing. Their brewing team is definitely capable of accomplishing this. Breakside has won one medal in competition in barrel aging with their Bourbon Barrel-Aged Aztec in the Experimental Category at this year’s Festival of Wood & Barrel-Aged Beer. The key is to produce a beer, even at these prices, to keep members returning every year to make this a successful endeavor.

Is this just the beginning and will we see other breweries joining in to offer up similar membership programs? Is it good for the beer industry to go after that sort of “snobery” that is often associated with the wine industry? I like to think that beer is an every person’s drink. Time will tell, and so will a few of your wallets.