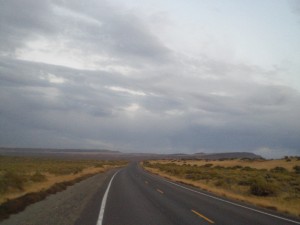 Here is post number 100 of hopefully many many more.

Today Brewpublic hit the highway southbound to experience more beer.  As I type this we are in Gold Beach, Oregon, about 45 minutes drive from the California border and six hours from Portland.  A beautiful ocean view outside of my hotel window is almost compensation for a dearth of craft beer.  Luckily the trunk is packed with Oregon and Washington micros to be shared with friends old and new along the way.  Today, we made a pit stop in Eugene at two of our favorite beer spots. 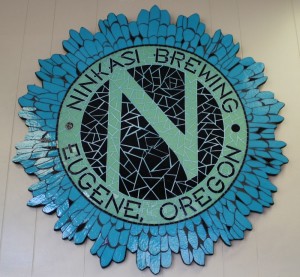 Home of the loveable Jamie Floyd, Ninkasi also produces some of the best beers in the Beaver State.   Surprised at myself, until now, I had never been to the “new” Ninkasi home in the north part of the city.  The last time I had visited Ninkasi in early 2006, they were still located at Sophia’s German restaurant in Springfield.  My how things have changed.

When we arrived to the brewery and were greated by brewhouse employee Simon Sothres.  Sothres was friendly and guided us in to the front tasting room where five beers were on tap including the latest Sleigh’r Double Alt Holiday Ale. After a moment, we met with brewer Ian Fuller to get a tour of the brewery.  Fuller worked with Floyd at Steelhead of Eugene, and when Ninkasi grew to the point where additional help was needed, Fuller was called upon by his friend. 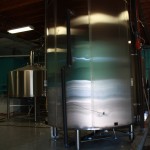 A new 30 barrel mash tun was built by NSI Canada and recently installed at Ninkasi.  In addition, two brand new  fermenters were added.  According to Fuller, who refers to the old 1980s 20 barrel set-up still alive in the next room as “the graveyard”, the new set up is “way more efficient.  I love the fact that the brewing technology is advancing.”  Fuller says the new set-up shaved about a barrel per hour off the old one.  Other improvements at Ninkasi that will boost quality, consistency and productivity of the already heralded beers.  “We are looking at another 100 barrel fermenter and will be getting our own bottling line instead of using a mobile bottler” says Fuller.  He says the company anticipates releasing the Sleigh’r in bottles next year.   After our nice tour, we headed back to the tasting room for a few other samples.  Just then, more dedicated Ninkasi fans came by to fill their growlers and sample some of the delicious brews. 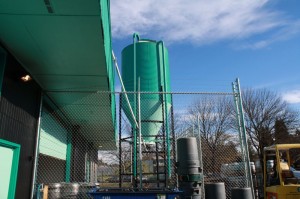 One of Oregon’s best spots for bottled and draft beer is easily Eugene’s Beer Stein.  Resting at 345 E 11th Avenue by the University of Oregon, the Stein features a bottled beer selection rivaled in Oregon only by Belmont Station and John’s Market Place.  In addition they run a delicatessin and have ten taps of select craft specialties.  After perusing their wonder selection of more than 900 desirable bottles, I opted for a glass of Block-15’s Triple Crown Belgian style trippel.  The beer, served in a tulip shaped snifter, glowed a bright orange-golden body with a swirling soft white head.  The nose was fruity, piquant and phenolic and the finish was effervecent yet soft and mildly bitter.  The Triple Crown won the race and I was happy I saddled up.

We hit the rode for another four hour ride through some interesting parts of Oregon.  Highway 38 through Douglas County revealed scenic views along the impressive Umpqua River where wild elk grazed in the sunset.  These visions were interspersed with dispairing visions of many clearcut rolling hills and economically dried-up blue collar mill towns.  Tomorrow we plan on visiting Wild River Brewing‘s ale house in Brookings, Oregon, about twenty miles from Gold Beach.  Stay tuned…