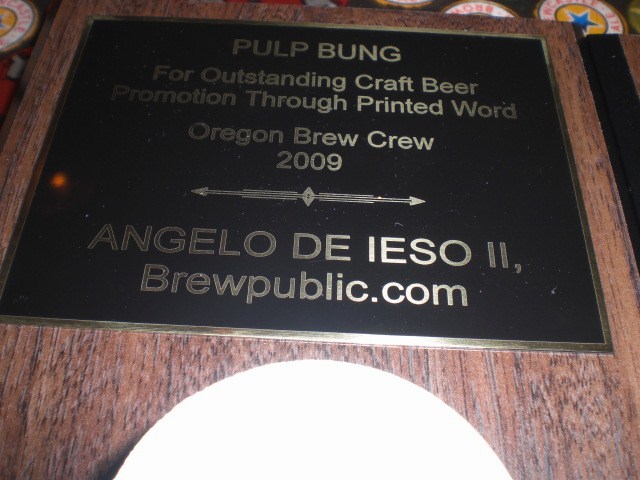 I never thought I’d be honored to receive a bung. But, I truly am. The Oregon Brew Crew has awarded me on behalf of Brewpublic the esteemed 2009 Pulp Bung award. This award recognizes “Outstanding Craft Beer Promotion Through Printed Word.” I am truly honored to have received this award from the OBC, and pleased to be the first on-line publication to be bestowed with this recognition. In total, six bungs were awarded recognizing proponents of craft beer and brewing in a number of capacities. 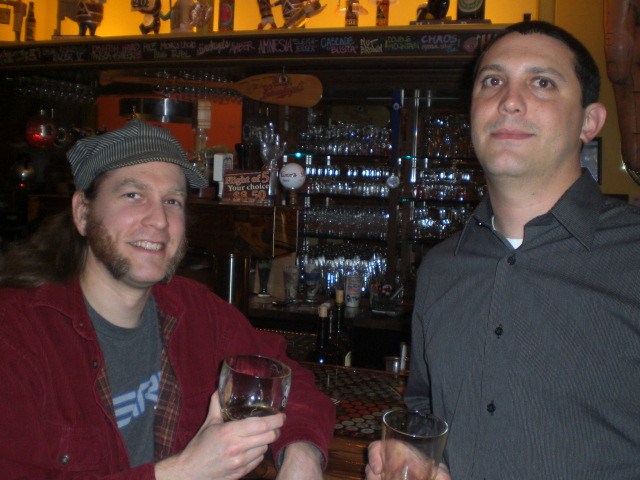 What made this event cooler was that I was awarded the Bung with my good friend Sarah Pederson, owner of Saraveza. Sarah’s little pub on N. Killingsworth Street has quickly become a destination for beer geeks from around the world. She was awarded with a well deserved purple Jim Kennedy Entrepeneur bung.

Thank you to Aaron Cohen and Aaron Grier who were on hand at Saraveza to present Brewpublic with this prestigious award. Past winners of this award included esteemed and impassioned writers John Foyston, Lisa Morrison, and Abram Goldman-Armstrong. I hope to continue to provide everyone who reads Brewpublic with more interesting content. Sorry if this sounds like an Oscar speech, I am just beatified and exultant. Thank you to everyone who has contributed to our website and promotes craft beer. 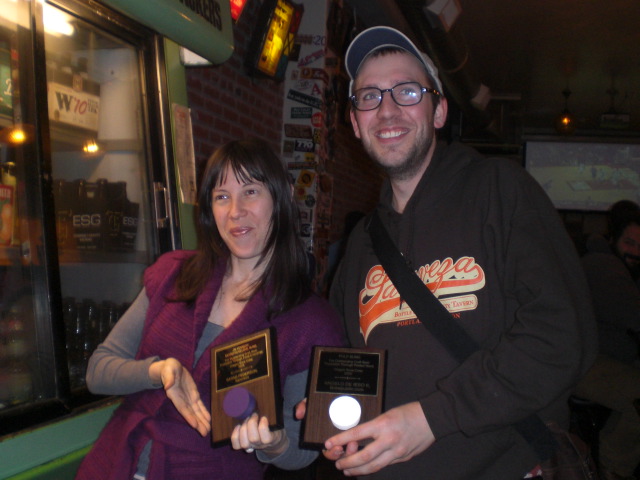