“We crafted these beers after seeing room in our current line-up for cutting edge brews that will complement our ‘heritage’ beers like the IPA or Blue Heron,” commented Jeff Edgerton, BridgePort’s Brewmaster. “We’re really proud to bring these two styles to the ever evolving beer culture of the Pacific Northwest.” 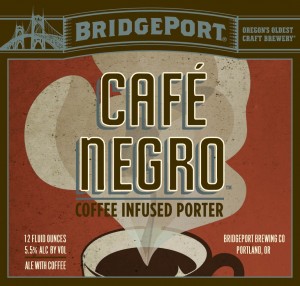 BridgePort worked with a number of Portland area coffee roasters to formulate its own blend specific to CAFÉ NEGRO that was then infused with the base beer during cold conditioning. The cold conditioning process helps retain subtle coffee aromas otherwise lost during boil and fermentation. CAFÉ NEGRO is brewed with the strong dark flavors of roasted barley and chocolate malt. 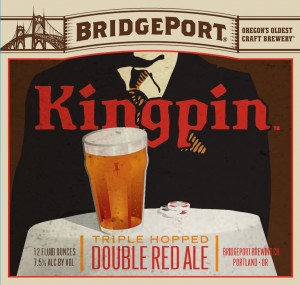 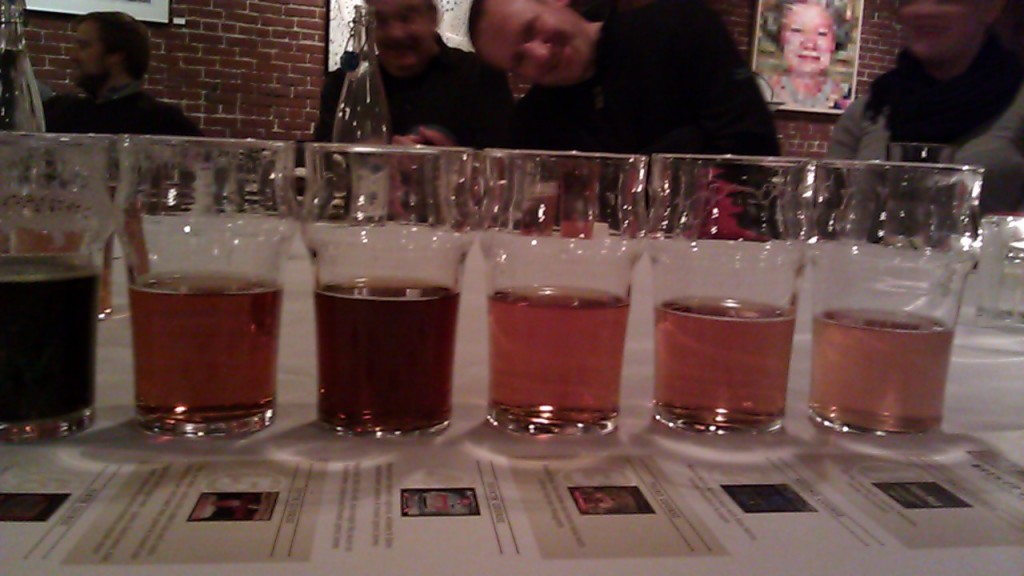 To celebrate the release of two new beers, BridgePort Brewing invited a few folks out to an amazing beer dinner to not

only showcase the two new releases but to also remind beer drinkers of the classic brews that BridgePort has been making for the past 26 years. A six course brewer’s dinner captured the true essence that is BridgePort Brewing. A meal using local, natural and organic farms ingredients (as allowed) really indicated that BridgePort is all about quality. Jeff Edgerton, BridgePort’s Brewmaster, shared his visions of each beer and how he thought the food paired with each brew. Later in the evening, head chef of BridgePort, Jack Henninger, explained his inspiration for each course. Stating that making a meal with lots of hoppy beers was a challenge that he excepted and I would have to say executed with percussion. All meals served were made with the beer that they were served with. As an example, course three consisted of a roasted pear, blue cheese and bacon salad with a honey-hop czar vinaigrette. This house made dressing exemplified the hop profile of BridgePort’s Hop Czar Imperial IPA while not over powering any of the other flavors included in the salad. Such quality can be found though out the menu at BridgePort Brewing. 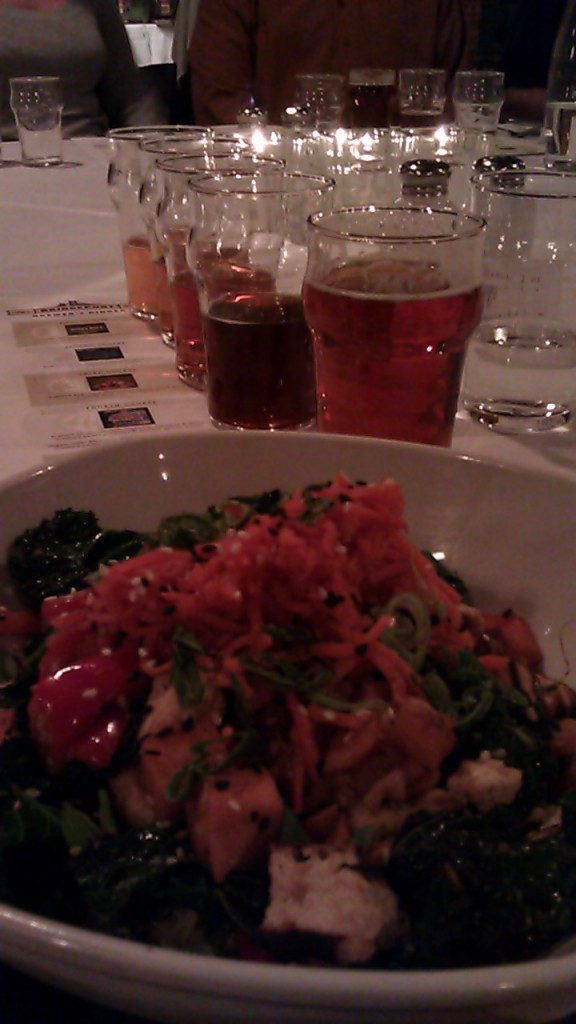 Upon first impression the Kingpin Imperial Red Ale had a strong caramel backbone that is balanced with a subtle floral essence of liberty hops. This beer will be a semi-regular beer of the BridgePort line up. Being available mostly in the Spring, Summer and Fall and being taken out of the market when BridgePort’s winter beer The Ebenezer is available. As for the Cafe Negro Porter, a cold-press coffee addition makes for a great coffee flavor in a beer that is lighter in body then other coffee beers on the market. Having a similar flavor to the  Hopwork’s Seven Grain Stout, fans of coffee beer have a new brew to turn to in the morning. 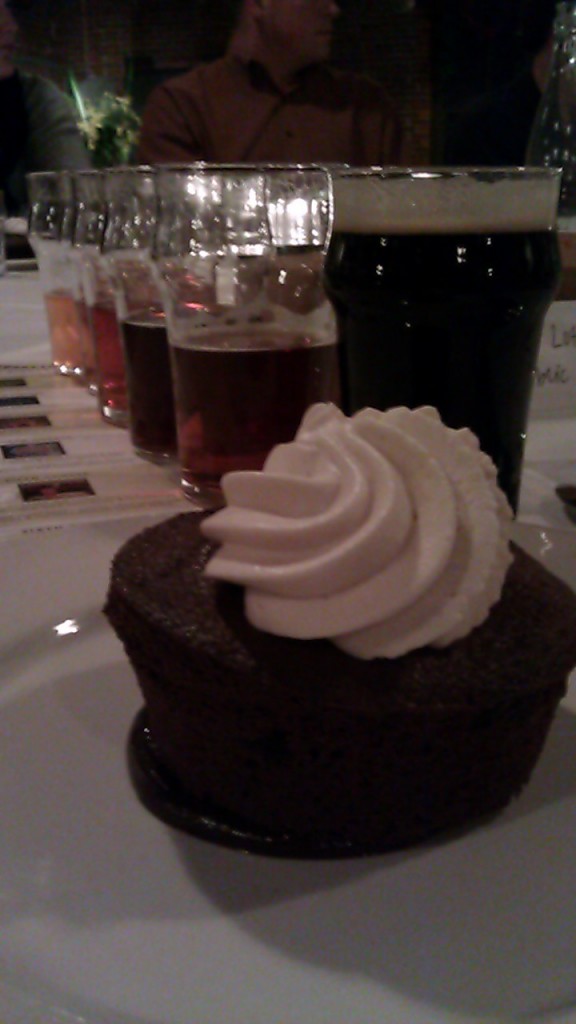 Both of BridgePort’s new releases, the Kingpin and the Cafe Negro, should be available as of this posting. Both will be avialable in 12 ounce bottles sold as six packs and on draft at the two BridgePort pubs and other area craft beer spots.