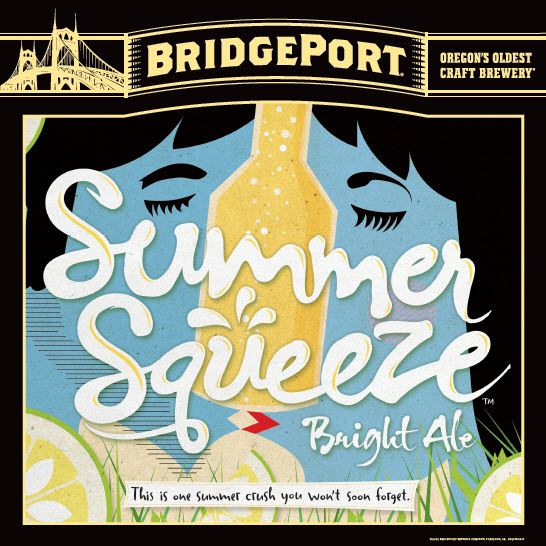 Deemed as the perfect lawn-mower beer, Summer Squeeze will bring relief to hot summer evenings through its crisp citrus finish.

According to a recent press release:

(T)his new brew has a pale ale base with a twist of lemongrass and the East Asian citrus fruit, yuzu and is currently on tap at the Ale House and Brewpub in Portland.  BridgePort brewmaster, Jeff Edgerton, starts with Austrian Aurora hops in the kettle and NW Sterling whole hops in the hop jack for aroma, along with dried lemongrass for a lemon-flavored background. Then, pure yuzu fruit juice is added in the conditioning process to give Summer Squeeze a very unique, yet subtle Mandarin orange-like flavor. The result is a beer blending the citrus flavors from the hops, lemongrass and yuzu fruit, to complement the light, warm malt background.

“This is the lightest of any brew we’ve ever produced at BridgePort and the first time we’ve used citrus in any of our beers,” explains Brewmaster Edgerton. “The yuzu is a unique flavor, tasting much like a Mandarin orange with a hint of grapefruit.”

BridgePort will host a Summer Squeeze Bright Ale release party Thursday, June 2 at 5:30pm at the BridgePort BrewPub in the Pearl to coincide with the release of its other summer seasonal, Stumptown Tart. Free and open to the public, attendees can try the free samples of these new brews while supplies last.

Description:       A bright ale infused with lemongrass and pure yuzu juice. A crisp summer beer with a subtle citrus tang.