“Starting today, we must pick ourselves up, dust ourselves off, and begin again the work of remaking America.” -Barack H. Obama 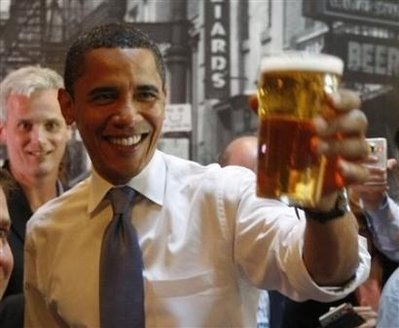 Today marks a historic occasion.  Barack Obama is inaugurated as the 44th President of the United States, signing a new era in our country’s evolution. With these notable times at hand, the craft beer community has joined in the festivities with its own response.

Red Hook-based Six Point Craft Ales’ Hop Obama Ale, a hoppily citrus amber ale released in the Northeast during March 2008’s Democratic Primaries is making an appearance at select bars around New York and Boston. According to the brewery, a total of 504 kegs of the beer were sold out completely by Election Day.  However, a few kegs were stashed by select bars for today’s inauguration.  The brewery has no immediate plans to revive the brew, but there are whispers that it may return in four years.

In keeping with the Illinois senator’s unifying theme, the Hop Obama is an entirely unique ale that doesn’t adhere to traditional style guidelines….Fused from an incredibly diverse background, the flavors are individually unique by gaining their solidarity from their invisibility. Although we do not intend this beer to be a direct Sixpoint endorsement of Obama, we believe the delicious and refreshing quality it represents reminds us of the Senator’s successful grassroots campaign that positively blossoms each and every day. 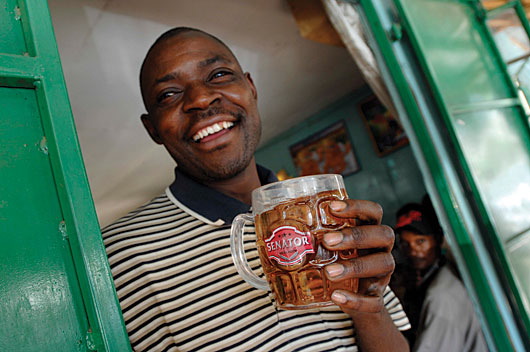 East Aftrican Breweries LTD of Kenya, founded in 2004 has released an adjunct-free brew called Senator.  The beer, in Obama’s father’s native country is commonly known as “Obama Beer” and has become quite popular since the President won a Senate seat in 2004. The average daily income for about half of Kenyans is less than $1, and most other mainstream beers are upwards of $3 a glass.  The Senator/Obama Beer sells for less than half of these mostly corn, sorghum, and rice malted brews at about 40 cents a bottle. 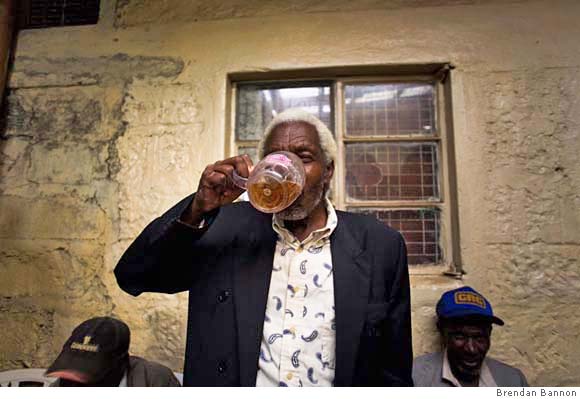 Reports of Obama partaking in beers with the common person to symbolize a connection to the blue collar demographic bolster his popularity throughout the Brewpublic.  However, his opting for Budweiser, Yuengling, and PBR may currently represent the “common American” but today’s historical event is anything but common.   We feel optimistic having Barack Obama serve as the President and hope to share an floral IPA or robust stout with him in the near future.  God America and the Brewpublic!