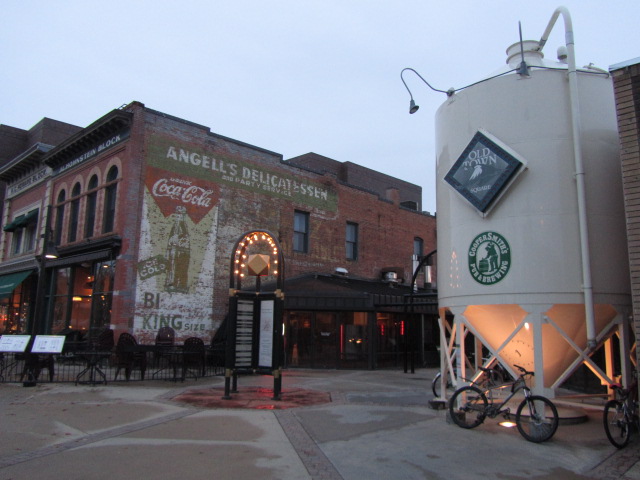 As mentioned in a previous post, Fort Collins, Colorado is a town with a burgeoning craft beer scene. Claiming more bars per capita than any other city in the United States, Fort Collins also offers a handful of craft breweries, all well worth the time of any enthusiast. One such establishment is Coopersmith’s Pub & Brewing, which unlike the other craft beer spots in town, is also a brewpub offering a welcoming family friendly environment with delicious  food, and a billiard hall all in the heart of downtown’s Old Town District. 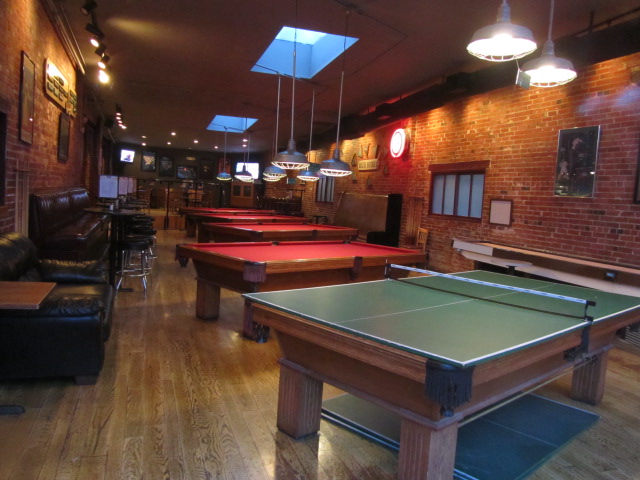 The centrally located Coopersmith’s also offers house-made cider, root beer and soda tailored to most any palate. About a dozen different craft beers all brewed on premise provide beer geeks a medley of options. So whether enjoying the offering of Coopersmith’s pubside or poolside, there’s a healthy selection to keep you taste buds interested.

When we arrived on a Monday evening, a moderate crowd of patrons where enjoying football on the televisions above the bar and some families with their little ones where in booth seating enjoying family dinner out. As for the beer selection, here’s a few of what we sampled: 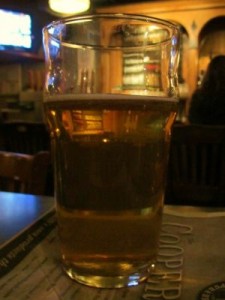 Sigda’s Green Chili: This is the beer we had been anticipating experiencing first hand, as a few friends who had made it out here previously noted it was not to be missed. No arguments here, the spicy yet light and approachable crisp golden ale featured the warmth of Anaheim and Serrano chilies. Not too hot yet with a full-on peppery twang and feisty earthiness, this 5.4% ABV, 15 IBU honest pint was exactly what we were hoping for.

Sir Edmunds Extra Special Bitter: A classic English style bitter, said to be named after a New Zealander (we were hoping it was named for Breakside’s Ben Edmunds). The result is an excellent brew with a rich copper color, medium malt sweetness and a quip of a Glacier hop finish. Hand drawn from a cask pump this 6.5% ABV, 45 IBU may not be strange or a one-off, but it certainly is refreshing.

Punjabi Pale Ale: This India Pale Ale has a big malty body and a huge Cascade hop flavor and aroma. Unfortunately it the batch we experienced also had the presence of some diacetyl (butter scotch) but we are guessing it is more often than not a hit. 6.8% ABV, 56 IBU.

Poudre Pale Ale: Named for the Cache La Poudre River that runs through Fort Collins (the name is French meaning “hide the powder, telling of an 1820s incident when trappers were caught in a snowstorm and forced to bury their gunpowder along the banks of the river). A small addition of Crystal and Amber Malt is used with English yeast and Golding hops in this 5.3% ABV, 25 IBU brew. A straight ahead pale that is both approachable and quenching. 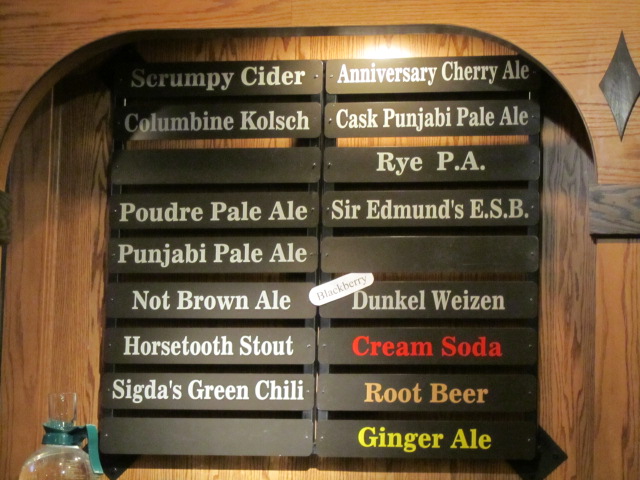 Horsetooth Stout: Named for the large reservoir just outside Fort Collins (responsible for the city’s clean and fresh water supply), Coopersmith’s stout is roasty and deep dark variety. Using a generous amount of roasted malts for this rich flavor, the addition of oats in the mash adds a creamy-mouth feel which is enhanced by the nitro feed. 6.2% ABV, 33 IBU. 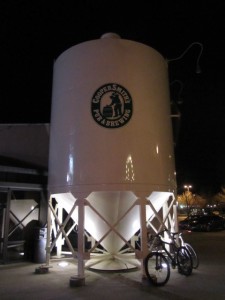 Anniversary Cherry Ale: A sample of this sparked our interest. Perhaps the most unique beer on the menu sans the Sigda Green Chili, this sweet fruit-laden ale is lead forth with tart cherries and seasoned with orange blossom honey, special Munich and Honey malts and spiced with Amarillo hops. The beer is released annually to celebrate the anniversary of the brewery. The fruit, honey, malt and hop flavors were said to “intermingle smoothly in this red ale” but we found it a little cloying and with some overpowering sweetness. Still, there’s definitely an audience for this 6.7% ABV, 20 IBU brew.

Not Brown Ale: Lately we’ve been in the mood for a nice brown ale, and Coopersmith’s “Not Brown”, a light version of an American brown didn’t disappoint. Replete with toffee, caramel and nutty notes, this was a highlight of the visit. 5.0% ABV, 18 IBU.

Blackberry Dunkel: Some slight berry tones add to this light dessertif brew. The wheat and fruit interplay divulged a pleasant tartness from the blackberries, with touch of banana and clove phenolic flavor from the yeast and an mild sweetness from the malt. Needless to say this was an interesting beer. 5.5% ABV, 12 IBU.

Scrumpy Cider: A house favorite, this specialty cider uses Jonathan, Red Delicious, Golden Delicious and Gala apples (among others, the blend changes through the season) At a bold 7.1% ABV, this sweet cider complements barbecued and spicy dishes. 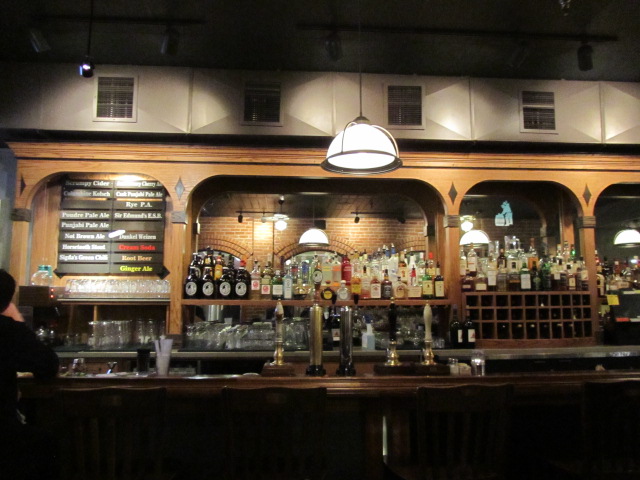 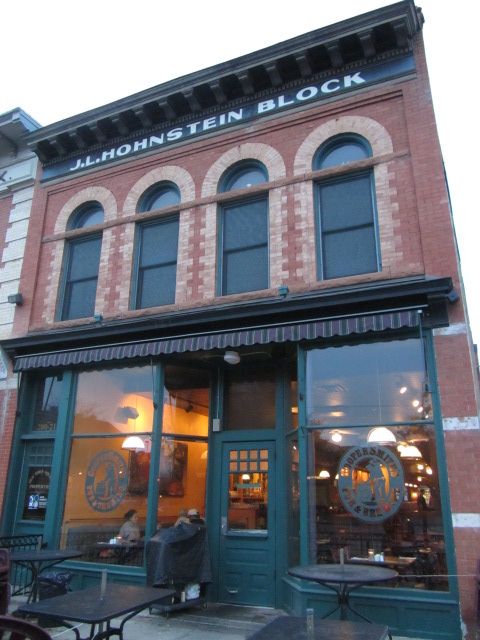