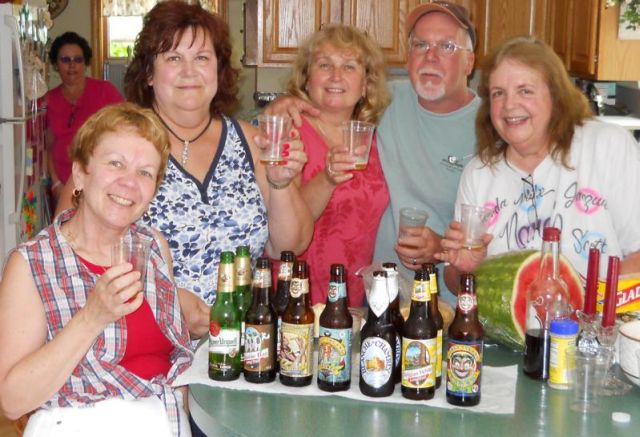 Fourth of July weekend in New England is truly one of the best times of the year. The Boston Pops, Fireworks over the Charles, cookouts and time with friends and family. And being New England, there’s always plenty of beer, usually Bud, Coors and Miller. So at my suggestion, folks were invited to bring something different and give craft beer a try. The selections were few but we had fun with it.

First was Pilsner Urquell in the original of its style from the Czech Republic. Next were two from the Vermont Brewery Long Trail,  Double Bag and Belgian White, three selections from Coney Island (Shmaltz Breweries in New Jersey) Albino Python, Pilsner and Lager  and finally from our neighbors to the north, Blanche de Chambly from the Unibroue Brewery in Chambly Quebec. 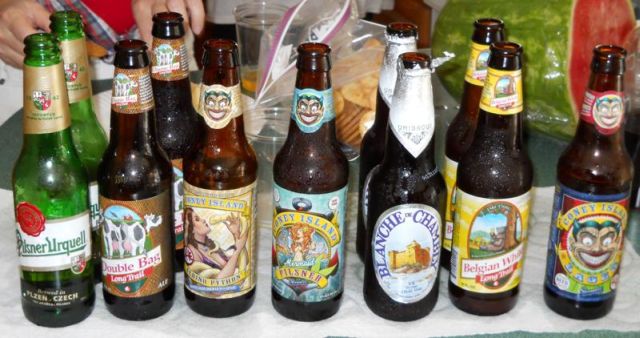 Beer tasting, a new concept to our fellow partiers, turned out to be quite fun. A rather jolly crowd, the tasting proceeded for about an hour with the Coney Island Albino Python coming out as the clear winner.

It wasn’t long before the Coors and Bud Light were flowing again, but at least all could agree that trying new beers/ales can be fun even if not totally persuasive. Here in New England we may have the Red Sox, Celtics, Patriots and Bruins, but the capital of beer tasting remains Portland, Oregon, where soon we will travel and look forward to the many unique flavors awaiting us. But you don’t have to live in Portland to have fun with beer. This past weekend was proof of that!